Ryan Mutombo is one of the top post players in the Country and one of Georgia’s best.

Atlanta, Ga– Everyone likes offense, but the defensive side of the game has to be given some attention as well. While perimeter defenders are recognized fairly often, the big guys who are helping their teams defensively in the paint are not considered as much. Georgia’s 2021 class has numerous players who provide a boost with their ability to alter shots and make opponents think twice when going towards the basket. Here are 5 prospects who have proven to be exceptional rim protectors.

At nearly 7’0” tall, I don’t think there’s a taller prospect than Mutombo in Georgia’s 2021 class. Given his height, it should come as no surprise that he impacts shots constantly. Mutombo doesn’t have to get off his feet much to send away attempts; he has big hands and longs arms that allow him to extend and alter both layups and jumpers. He is capable of using either hand when contesting and has become more mobile over the last year which makes opponents even more hesitant when attacking the basket. Overall, Mutombo’s size allows him to effectively protect the basket without being wreckless or having to risk many fouls. Given the lack of quality size at the top of 2021, he has become a popular HM target after nice improvements made from his sophomore to junior season. 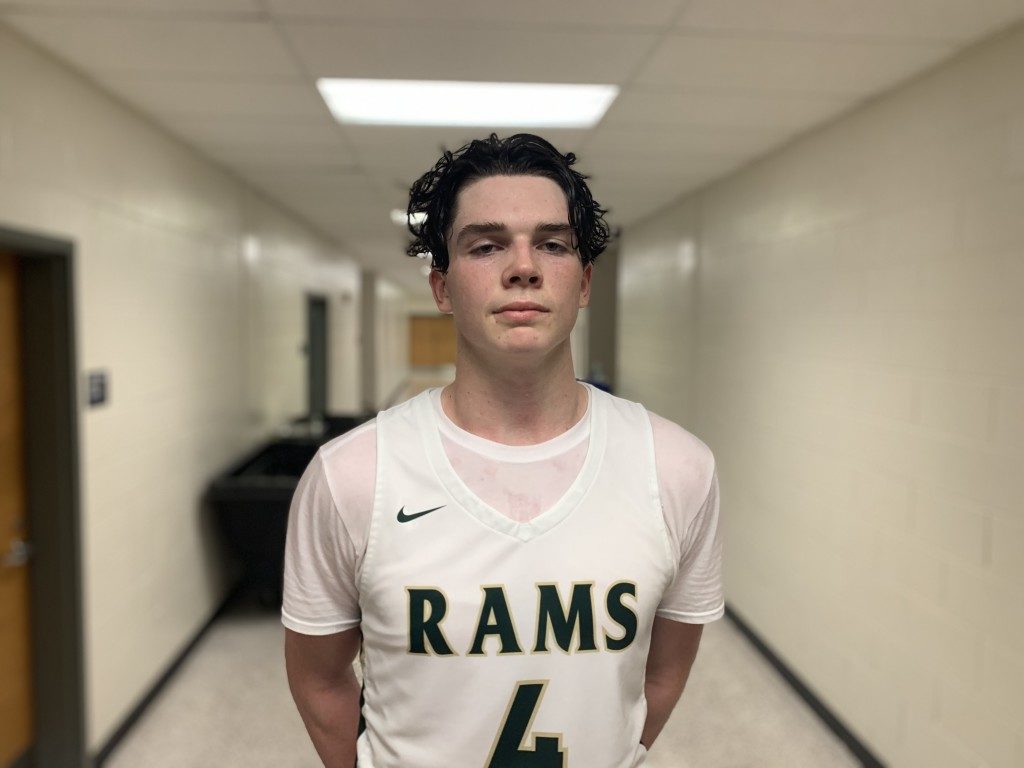 It’s not something that will be talked about a lot, but I feel like Schieffelin has some of the best technique and discipline as a shot-blocker that I’ve seen. Schieffelin is a big, physical player and although he has gotten in early foul trouble a few times, he usually does a good job of walling up and limiting fouls when I’ve watched him. He’s a powerful leaper off of two feet, keeps his hands straight up when in the air, and waits for the ball to be released before swatting at it very well. His best display of rim protection came against McEachern as he recorded one of the few block triple-doubles that you will see. Of his 11 blocks in that came, multiple came on Sharife Cooper, who has proven to be a crafty finisher and a guy who is adept at drawing fouls. Schieffelin’s production on both ends has made him a hot recruit going into the summer months.

Another guy who has recorded a triple-double with blocks before, Middleton has brought tenacity in the paint since he was a freshman. The physicality and aggression that Middleton plays with from the start to finish of each game is uncommon and it helps reduce the opponent’s points consistently. There are many times where you think he isn’t within distance to block a shot, but Middleton gives great effort and is able to load up & explode quickly to get make up ground and save a basket. He has a good second-jump that allows him to be effective on multiple efforts when rebounding or altering shot attempts. Middleton’s motor doesn’t stop going and he was rewarded with his 1stDivision 1 offer from Siena recently.

While McGlockton may give up some inches to other forwards, he has right around a 7-foot wingspan which results in him racking up numerous blocks in pretty much every game he plays. An offensive player may think they have a good chance of getting a shot over him, but his arms just keep extending to send it in the other direction. He isn’t the most explosive, but McGlockton is always ready as a help-side defender, stays on his toes, and has good timing when going to challenge a shot. McGlockton won’t fall for pump fakes from smaller defenders either. He has turned into one of the more consistent double-double threats in Georgia and should start to see his recruitment pick up soon.

Smith brings a combination of the qualities that Middleton and McGlockton possess. He’s only 6’5”, but has a great wingspan and is built like he’s already been in college for a year or two. Not many can match the energy and intensity that he displays in denying guys at the rim, and the results speak for themselves- Smith averaged 5.6 BPG this season for the Tigers. He’s able to effectively defend bigger guys because of his determination and bruising style. It isn’t easy for other forwards to move him and get solid position down low. He’s a powerful athlete, anticipates and reacts quickly to those trying to create offensively, and takes pride in not giving up anything easy.