WOODSTOCK, GA – We grab 8 more guys from a very deep field to highlight specifics in what they did at last Sunday at SH Report’s Fall Showcase. 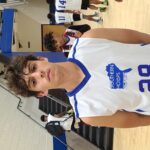 Plenty of shooters on hand Sunday who lit it up in drills and game action, effortless and textbook beauty on this stroke from Lesch, a thing to watch in the rotation and splash, good size means he can shoot over folks, despite another stellar turn from the ATL Timberwolves this summer he and many others from that club remain wildly underrated, watch that sleeper WFHS group with he, Grant Moore, Jake Mooney and others.

Known more for his wing shooting prowess but showed off some steady and skilled PG-chops that may end up being his ticket to the next level, so smooth with the ball at top speed, so smart on the attack, GAPPS teams get overlooked plenty around town but Cumberland has a roster full of guys you want to know about. 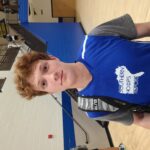 Our “bus” guy is someone who gets off the big yellow and can easily be mistaken for the statistician, Kudlas may look like someone more likely headed to Pre-Med than a college arena near you but the sneaky good athlete and tactical scorer does a ton of things well at both ends and will be playing in a college uniform somewhere. 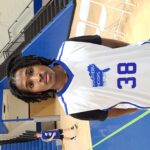 A tie here as the speedy Wilson was impressive blowing by folks and defending like a fiend, he’s filled with confidence and moxie, Gaynes showed nice poise handling good pressure and was among the day’s best passers following nicely in brother’s Cody’s footsteps. 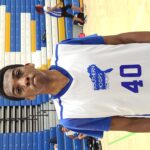 Another tie amidst a flurry of athletic players on hand who could have populated this category, Lewis didn’t perhaps do as much high-flying as we’ve seen from him in the past but he showed off his defensive chops Sunday and that in itself at 6-2 was impressive, Barnes too can give you some pretty finishes at or above the rim but again his length on D and as a rebounding guard is always a part of his game that makes him attractive.

TOP “LIVING IN THE SHADOW” GUY 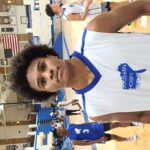 Tough gig exposure-wise playing with Indiana-bound Kaleb Banks, but Kennedy really impressed in FCHS’s playoff run to the 4A championship game last March, another one known for his 3-pt shooting he was much more active getting at the rim Sunday and that opens up a lot of possibilities for his recruitment with the way he can knock ’em down from range.