ATLANTA, GA – As the summer travel season comes to a close with OTR having put on a monster spring and summer buffet across the region, attracting teams and players from as far as the West Coast, the Dakotas, Texas and the Midwest to name just a few, and along the way performing our core task of helping to set the table for hundreds of prospects to perhaps see their college basketball dreams come true.

“Bigs” covers some ground from down on the block to stretch-4’s lingering around the arc, but equally impactful and dangerous, and who may not get the pub they deserve. 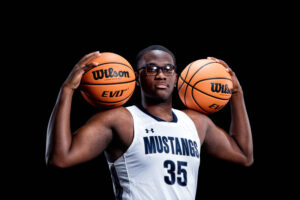 Great move getting with Pro One this summer and getting a different flavor away from the Metro and as always with that well-respected org some really high-level competition, as with many high school bigs has come a long way as his body and mind have matured and his agility and understanding have matured with it, there’s a ton more there than just a wide frame to push folks around but in a modern world where true posts will need equal parts bull and ballet dancer Williams has put the work in on the ballet side with improved footwork and a high IQ low block arsenal, defensive and glass-eating production alone are super attractive but whoever lands him is getting an all-around treat on and off the court. 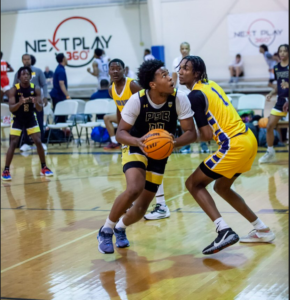 Turned quite a few heads with some solid all-around play both inside and out this summer for another  fun PSB group, there’s a really effective mix of creative inside play around the basket combined with a jump shot out past the arc that has really upped the ante from a % standpoint, much more willing to pull it from range and knocking them down with much more frequency, like Williams a very cerebral approach around the tin and that plus good rebounding and underrated shot-blocking make this another legit 6-8 guy who excels both on and off the floor and brings a multitude of positives to any program.

Moving from HYPE to Huncho took Diao out onto the road more and thus less in front of us in town but what I saw early spring and what I know of his development is massively intriguing, length for days and fleet-footed like a guard he can be a menace rim-running and finishing on a secondary brake or skying high above the cup for alley-oops, excellent instincts as a shot-blocker with a serious wingspan that adds size and appeal, frame is wiry strong but with room to add more this is the kind of player who gets in the door at the next level and progresses to a potential monster stage by his 2nd of 3rd year. 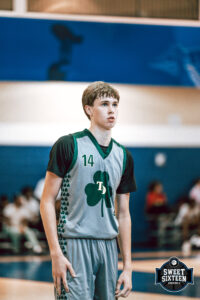 From coastal Georgia to Atlanta comes Jobe this winter but before that he introduced the ATL-Metro to what they can expect with some classic stretch-4 characteristics together with increased work closer in, constantly matched with high-quality bigs from across the Southeast region he and his Dickerson mates shined as one of the better 16U groups we saw all travel season, Jobe will be counted on to do some more interior work as King’s Ridge tries to march to another state final appearance but with bullish Micah Hoover still on board he won’t be spending too much time catching with his back to the basket, it’s the high % deep shooting range and approach from the perimeter on the move that are attracting D1 eyeballs to this still-emerging prospect. 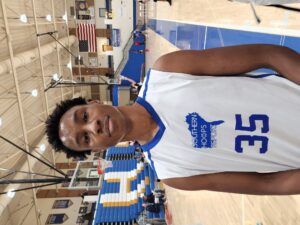 “Solo” smartly put his stamp on the Showcase circuit yet again in 2022 after doing much the same in 2021, the Heat played all over town and outside the region as well and got key exposure for a lot of their guys, Reid’s head-to-head with Heat teammate Mike Kinnard at SH Report’s Spring Showcase was one of the highlights of the season for me, tremendous natural athletic gifts immediately pop and make you want to see more, love the effort and motor and enthusiasm at being on the floor and as he gets more consistent with the J from 15 feet it will only add to the around the basket agile game he already has.