Elite 32 Tournament provided the perfect stage for players to showcase their talents in front of schools from all levels.

Atlanta, Ga– For AAU basketball, the new NCAA live period calendar has caused a shakeup on when players can be evaluated for the summer months. Coaches, players, and tournament directors have had to adapt to these new changes and this past weekend was another example of those adaptations. Director Shun Williams and On the Radar Hoops played host to over 150 teams and over 200 college coaches at various middle and high schools around the Atlanta area at the Elite 32 Showcase. Between those few gyms, there were several breakout players that either made names for themselves or continued their consistent production against great competition. Mainly at Marietta high school but at Campbell middle school to watch the younger prospects as well, these were some of the players I thought produced in a positive manner and should have major momentum moving forward on the high school as well as recruiting trail:

Davis, after having one of the more impressive offensive performances that I saw over the weekend, was hard to keep off this list. The game I witnessed saw the 6’2” senior guard pour in 41 points in a winning effort against a solid Team Breakdown squad. The points scored came on all levels and his streak of three-point field goals in the second half is what ultimately put him over the 40-point mark by game’s end. He has good strength to finish through contact once he gets to the rim but still quick enough to get one step on a defender to get downhill. Davis is an engaged defender in his own right and kept that production on both ends going throughout the entire weekend. He has received interest from Citadel, Florida A&M, as well as Rider University and after his showing at Elite 32 more interests from schools could very well be on the way. 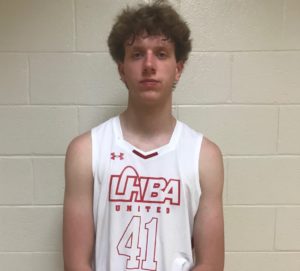 Thompson is a 6’9” big that showed a lot of touch on the offensive end at Elite 32. He has a solid back to basket game, good feet, and solid hands to receive passes on the interior. The Francis Howell senior also exhibited versatility, stretching out to the three-point line and knocking shots down from the perimeter in every game he played in. Thompson is light on his feet and looked good getting up and down the floor, regardless of the style of game. Interests from Air Force, Drake, and Southeast Missouri are already present and with a productive senior season those interest could turn into offers in the next 4-6 months.

The only peach state prospect on this specific list, Hurst represented for all the Georgia shooters across the state with his consistent knock down shooting ability in all the games I saw him in. Seven three-point field goals in one game led an aggressive second have comeback for the Hype Hawks and you’ve got to love his free throw shooting ability down the stretch. The rising senior from Alpharetta has sneaky athleticism that he showed on several fast breaks and he wasn’t afraid to put the ball on the floor and finish once things opened for him later in games. Hurst at 6’2” is a likeable prospect and should contribute even more for his defending region 5-7A champion Milton team this season.

When looking for players that can make an impact for a team without scoring the basketball, look no further than 6’8” forward from East St. Louis high school. Length is the first thing that jumps at you when evaluating this prospect as his wingspan looks to be closer to seven feet, if not longer. Williams looked great flying around the floor, blocking shots on the perimeter, and altering more shots in the paint. Even though he can be a force without putting the ball in the basket, he did produce offensively as well. He isn’t a stranger to putting the ball on the floor when in the mid-range area or in transition and is a bouncy forward that has no problem finishing above the rim. His floor presence earned him an offer from Southeast Missouri over the Elite 32 weekend. 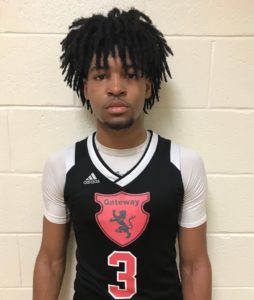 Taylor is an impressive floor general that I really enjoyed watching over the course of four days because as the competition got better, so did he. Taylor raised his game and took over contests on the offensive end, doing so in a variety of ways. He has good size at 6’2” to play the point guard position and when playing against smaller guards he was able to power his way to rim for tough finishes. Against bigger or defenders just as tall, he played within the offense and used his basketball IQ to score it just as efficiently. Taylor is a knock down shooter from behind the arc and a winner which will go a long way in his recruitment. He has picked up an offer from Wright State over the last month.

The last senior on this list comes in the form of one of the shorter but more fluid floor generals on the entire weekend at Elite 32. The OSA Franzese bunch ran great sets offensively and having 5’10” Dotzler to “stir the drink” allowed the team to enjoy an impressive 4-1 record at Elite 32. The senior from Omaha, Nebraska can shoot the basketball, connect on floaters, and uses an array of moves to free himself against on ball pressure. NAIA schools such as Morningside College, Hastings College, and Doane University have reached out to Roncalli Catholic prospect and any school seeking a floor general and leader on that level would be getting a steal.

Gaither is the next point guard on this list and his seemingly effortless skillset makes him special. He has a very tight handle on the basketball and is in total control when dictating the flow on the game when he is out on the floor. Gaither doesn’t allow anybody to speed him up and can fill it up from beyond the high school as well as collegiate three-point line. Gaither has great vision to find teammates and showed his ability to take the ball inside for crazy reverse finishes on either side of the rim. The Union County junior has a certain swagger out on the floor that a spectator can appreciate when he plays, and that craftiness should allow him an opportunity to play at the next level. 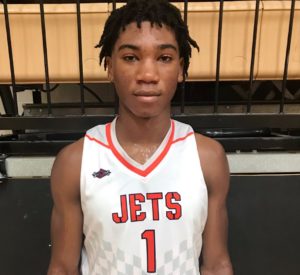 I loved the tough playmaking ability from this junior guard at Elite 32. Brown knows how to get to his spots on the floor and very few defenders could detour him from getting to those spots. Althoff junior is 6’1” with a mature frame and knows how to finish at the rim through contact. Like Gaither, he doesn’t allow pressure to speed him up and did a good job of taking care of the basketball while playing most of the game. Brown, who also picked up an offer from Southeast Missouri, is another one of those players that doesn’t need to score the ball in bunches to affect games but when the time comes to do so, he can fill up the stat sheet. The Southwest Illinois Jets made a solid impression as an organization and Brown is a big reason why on the 16U level.

There is a lot of upside and a lot to like when talking about Murray. Already one of the top ranked prospects in the state of Alabama for his class, the rising sophomore showed Division I potential to go with a current Division I frame while playing up two grade levels at Elite 32. He stands at a solid 6’6” and has a high release on a good-looking perimeter shot that was effective for him all weekend. Murray is a three sport (already holding a football offer from Virginia) that knows how to move out on the floor, something that I believe benefits him on both ends. He can operate on the low block and uses his size very nicely for his age.

Even though he didn’t have the opportunity to play up two age groups like Murray, I still came away impressed with the talent I saw from Dukes. He is 6’3” with a natural feel for the game and a shot maker that can score from three-point range in bunches. The Booneville, Mississippi native was able to finish plays with both hands and is a good rebounder out of his off-guard position. He helped this specific Nike Elite Stars team finish at 5-1 over the weekend and led them in scoring in over half of those contests. Dukes will be one to keep an eye on in years to come out of the magnolia state.