Scoot Henderson has all the tools to be a star in the Class of 2022. Photo – Stan Johnson

Atlanta, Ga– For high school coaches, the pre-region schedule is about competition and quality match-ups. The Georgia Elite 8 Tip Off Classic hosted by AOT last weekend provided exactly that platform in the Atlanta metro area. 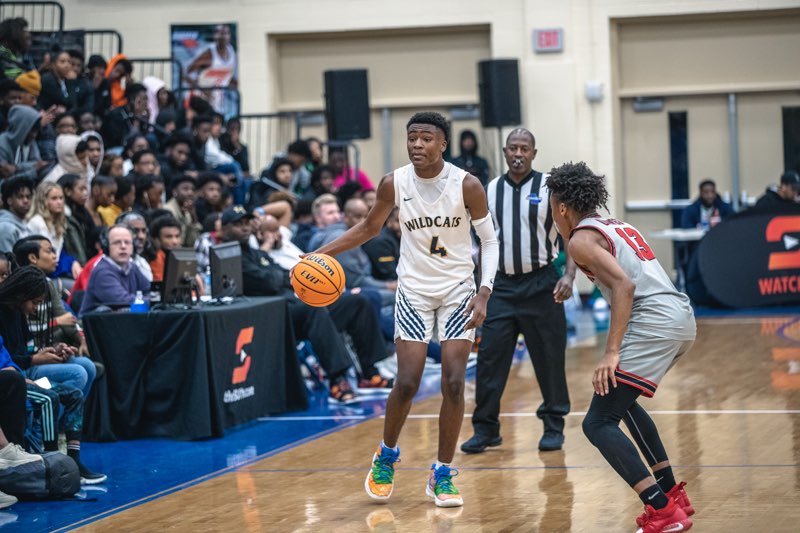 Collier has plenty of tools to be an instant star for the Wildcats. As a creator, he easily gets into the lane and will finish or find shooters. Collier can make mid-range pull ups and open threes with time and space when in rhythm. Collier runs the team, competes on both ends of the floor, has great upside.

He is an ever-improving forward in the 2021 class. He has good hands and good feet. He is a solid athlete that can play above the rim. He has developed a solid face-up jump shot out to the three-point stripe, which has really helped expand his game. Shirley was extremely active on the glass on both ends of the floor and did a great job of creating second chance opportunities offensively.

This Middle Tennessee State pledge is a slim power forward who hasn’t even touched his true potential.He has great size to go along with a skill set to match. He has very good skills for someone his size along with a nice soft stroke. He has shown turn-around jump shots from the block and he has range that extends beyond the three-point stripe.

Henderson continues to show why he is an elite level point guard in the class of 2022. He showed that he can put points on the board in a hurry with his spectacular drives, long range jumpers and ability to play off the ball screen. Henderson is a special talent in the open court; his speed with the basketball, ability to pass the ball in a variety of ways and ability to make solid decisions are impressive.Henderson has all the makings to become a star and will be fun to watch over the next couple of years. 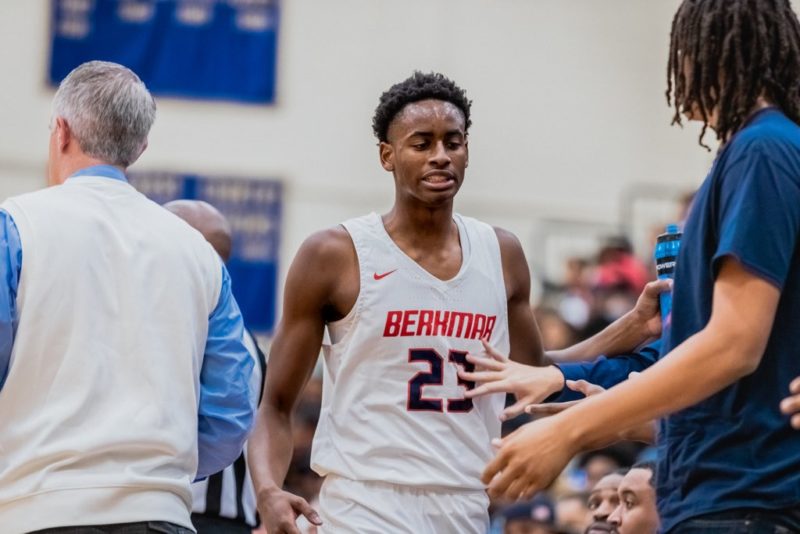 Known as a face-up big man, DeLoach lived up to that reputation by hitting shots from the mid-range area and operating as a playmaker from the high post. In addition, he showcased his versatility by handling the ball in transition, catching and making plays off the dribble. He maximized his length and athleticism to be a major force both on the glass and in the paint on defense.

The Auburn signee did not disappoint in the season opener for the Indians. Cooper plays under control and makes excellent decisions with the ball. He pushes the ball in transition and does a great job of always looking to advance the ball down the floor. He can also finish in the open court with excellent touch and body control.He connected on jumpers from multiple levels finishing with 36 points.

Sharife Cooper is a smart, tough point guard that can score at a high rate and get others involved.

His ability to make plays for his team and score make him special.