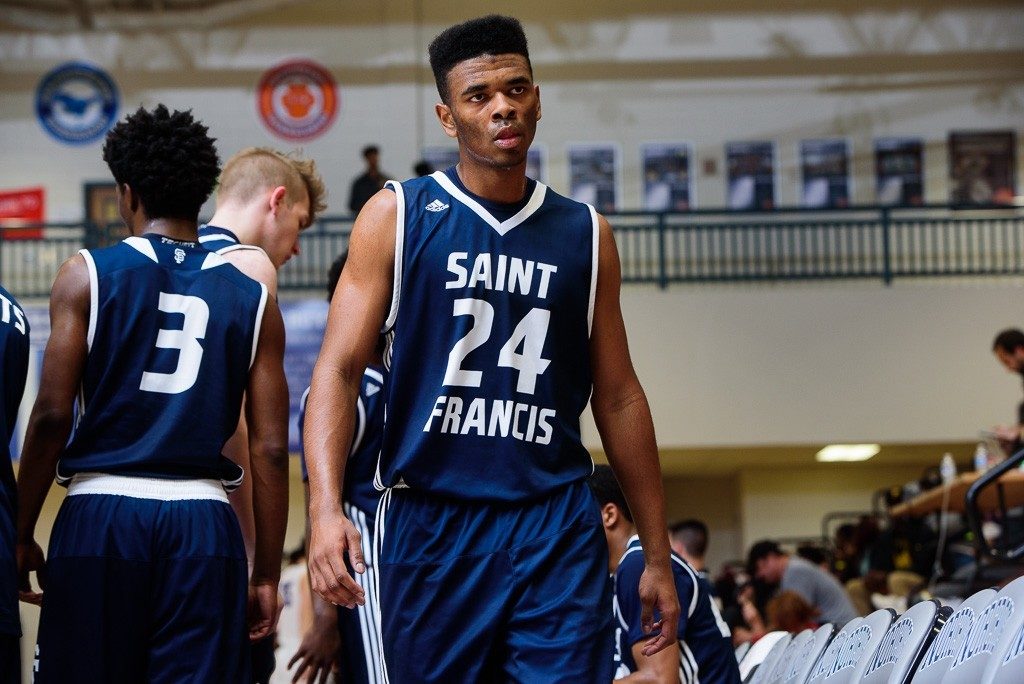 Both St. Francis and Greenforest were really tested in the Final 4 at GCSU last Friday, but they prevailed and the Top 2 overall seeds in A-Private will face off for a state championship. These teams have multiple weapons at their disposal, which should make for an exciting matchup. Greenforest has a ton of size for a A-Private team, but so does St. Francis, and the Knights can play at a blistering pace. Both teams have senior leaders in Dwon Odom (Xavier)  & Chase Ellis (Berry) for St. Francis and then Lamar Oden (Drexel) & Christian Fussell (MTSU). Obviously these seniors will have a big impact on the game, but the underclassmen need to be watched for as well in this matchup. Jusaun Holt and Seth Hubbard are both coming off double-figure outings in the Final 4 for St. Francis, while Jalen Forrest led Greenforest in scoring against Trinity Christian and Chase Cormier chipped in 10 also. Greenforest will likely go zone on defense to slow down the Knights so it will be important for guys like Holt, Hubbard, and Jordan Brown (if he’s healthy) to step up with their shooting. We also need to look out for the health of Chase Ellis for this championship matchup; both him and Brown played through injuries in the Final 4. Khi Cook was saddled with foul trouble in the Final 4 but expect him to make an impact with his defense and energy in this game. This one could go a ton of different ways because of the various pieces each team has. Expect lots of adjustments and good back & forth action.

Pace has run through their side of the bracket on their way to the state championship game, winning their previous contests by an average of 31.5 PPG. Jefferson should not be counted out though as they picked up convincing victories over Monroe and Central-Macon last week to get to the championship game. The Dragons sport a cohesive, fundamental team with a lot of solid pieces that surround Navy signee Jacob Radaker. The Parker twins, Kam Robinson, Malaki Starks, Spencer Darby, and others help to take some of the pressure off Radaker. This Jefferson group plays unselfishly, gives good energy, and knows what they are capable of. Battling with Radaker inside will be Cole Middleton for Pace, who is coming off of a 18-point, 18-rebound game in the Final 4. The physicality and activity that each of them bring should make for a fun matchup down low. Matthew Cleveland has continued his terror on AAA competition this year with a 26-point outing last round. Jefferson may put the strong, athletic Starks on him if they decide to play man defense. They could also alternate the Parker twins and Starks between Cleveland and Madison Durr defensively. We’ve seen what happens when Pace gets going and is clicking on both sides of the ball, so Jefferson will have to limit mistakes. I think the Knights will look to get out of the gates quickly and jump on Jefferson to start the game, but the Dragons are a team that likes to play fast and does not back down. Both groups are well-coached so this could be an interesting one. 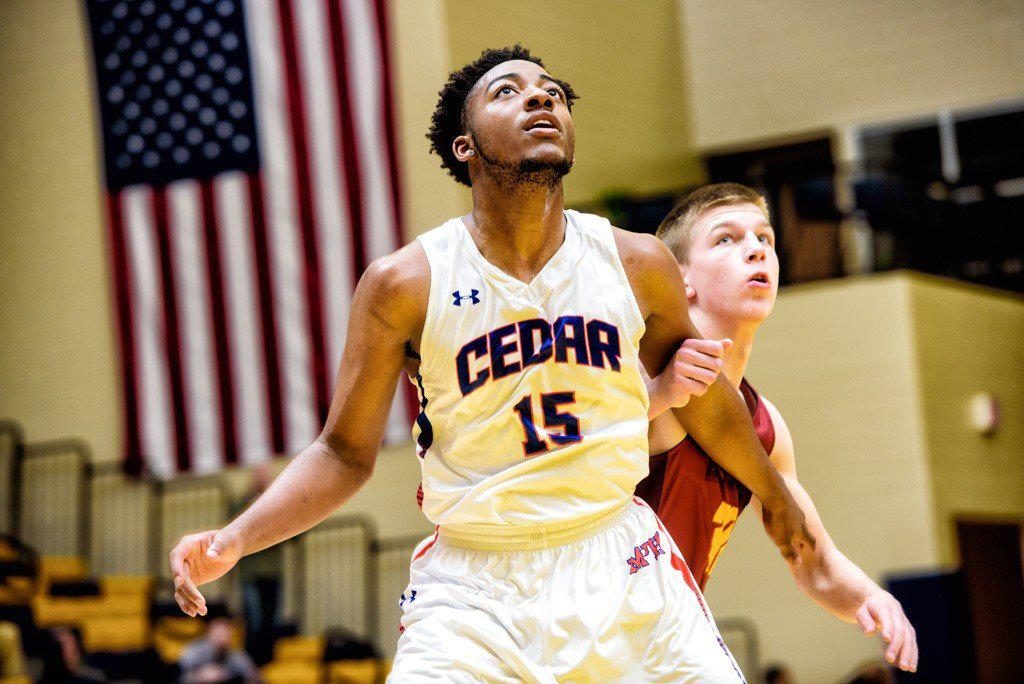 The journey to the state championship game for both Cedar Shoals and Dutchtown has featured game-winning buzzer-beaters, so expect there to be more fireworks from these guys on Friday. Everyone I’ve talked to about this matchup agrees that it should be an absolute dog fight. These teams are both physical, intense, and ultra-competitive. The senior duos are sure to leave their imprints on the game in this one. Jamaine Mann (Gardner-Webb) & Cam Bryant for Dutchtown vs. USC Aiken signees Quincy Canty & Tyler Johnson will be a lot of fun to watch. I feel like the acquisition of both Canty and Johnson for USC-Aiken is the biggest recruiting steal in Georgia this year. On the other side, Mann should be a really good player for GW and Cam Bryant is one of the best unsigned prospects in the state. While the focus is on those guys, you can’t overlook guys like Kameron Hobbs and Kashik Brown. Hobbs mans the PG spot for Dutchtown and gives them quality overall play on both ends. Brown is a fearless sophomore who plays with warranted confidence and has brought steady production this winter. There are some other role guys that consistently help these squads as well. There is sure to be chippiness, fast-paced play, and lots of points, so this 5A championship game should be one that fans enjoy. 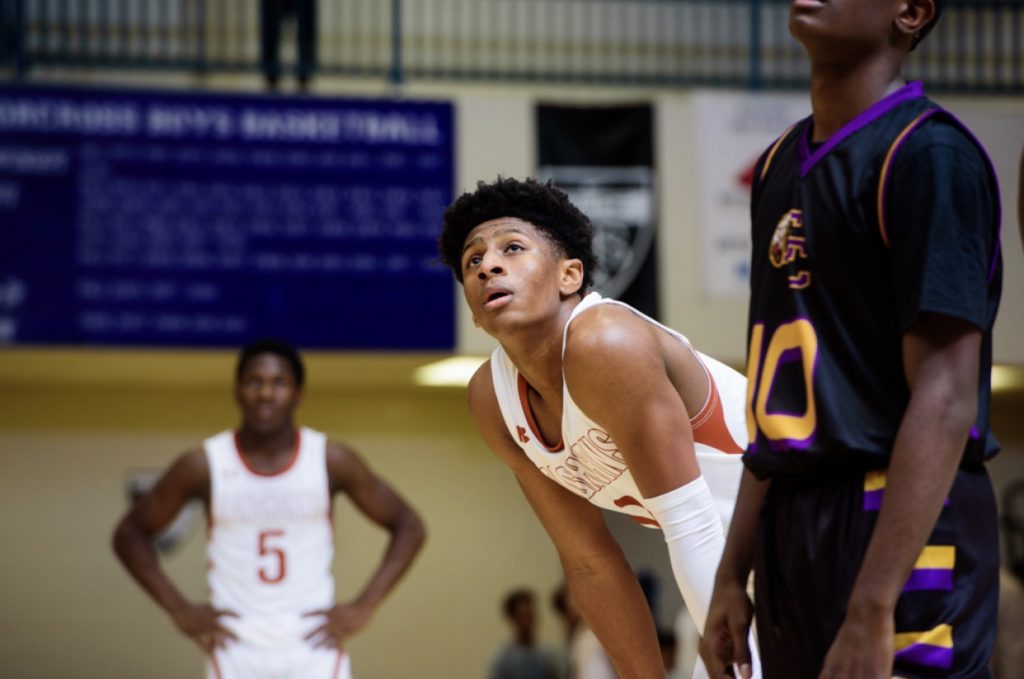 Lanier completed an improbable comeback in the Final 4 as they trailed South Cobb by 15 going into the 4thquarter before eventually coming out victorious in overtime. The Longhorns will look to carry on some momentum into the state championship game where they go up against a Chattahoochee group that just took down defending 6A State Champion Tri-Cities. The backcourts will headline this game; both teams have 3 competent perimeter players that are capable of combining for tons of points. In the Final 4, Sion James, Andrew McConnell, and Iajah Phillips combined for 55 of the Longhorns’ 63 points. For Chattahoochee, AJ White scored 29 in the Final 4, and the Cougars also feature Rice signee Cam Sheffield and sharpshooter Franklin Bailey. David McDaniel also stepped up in a big way with 18 points against Tri-Cities. I’m hoping to see high-level matchups in Sion James vs. Cam Sheffield and AJ White vs. Andrew McConnell. James and Sheffield have been two of the most reliable seniors in the state while White and McConnell are elite scorers and shot-makers off the dribble. Whoever gives solid contributions outside of those 4 for either team could be the difference-maker in the game. 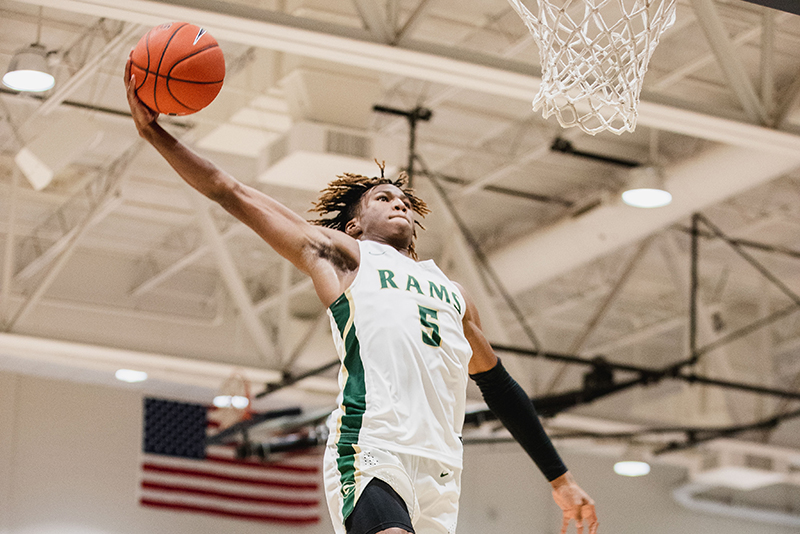 It goes without saying that both Grayson and Wheeler are heading into Saturday with a lot of confidence. At Buford last weekend, Wheeler put together a really good performance on their way to a 59-47 victory over Milton, while Grayson’s win against McEachern was highlighted by a dominant 3rdquarter after trailing by 2 at halftime. McEachern found success in the 1sthalf of that Final 4 game by slowing things down a bit and limiting transition, so look for Wheeler to do the same. The forward duo of Sam Hines & Ja’Heim Hudson worked well against Milton, and although Grayson features more size, the Wildcats are sure to utilize them early and often. The way Deivon Smith, Caleb Murphy, and Toneari Lane all got going after halftime against McEachern was a sight to see; if all 3 of them are in a groove offensively, you might as well say good night. An unsung hero for the Rams is Josh Smith; he had a really nice game in the Final 4 and does a lot of little things that help their team. Him and Ian Schieffelin will provide productive, physical play in the paint to counter Hudson and Hines. Wheeler has had numerous perimeter pieces step up throughout the year; it happened against Milton and will need to happen again this Saturday. Max Harris, Prince Davies, AJ Burke, and Nash Kelly have all had their moments and are guys you need to look out for. Quinones Corpman ad Kaden McArthur could play similar roles for Grayson. There are a lot of factors to account for on both sides so it should be fun to see how this one plays out.