The Hawks-Naismith Tip-Off Classic featured some of the top teams in the state of Georgia.

Atlanta, Ga– Throughout the state of Georgia, the second weekend of the high school basketball season featured several intriguing match-ups; a lot of them in showcase format. At Norcross High School, the On the Radar Hoops Tip-Off Classic featured defending state champions McEachern and Therrell as well as perennial powerhouses Norcross, Southwest DeKalb, and Pebblebrook. Down at Albany State West, the Dougherty County Tip-Off Classic had some of the best teams from the rural part of the state which included teams such as Lee County, Monroe, and Westover. Finally, the November edition of the Hawks-Naismith Classic at Pace Academy featured an impressive line-up its own right that saw North Carolina’s Roy Williams, Florida State’s Leonard Hamilton, Georgia Tech’s Josh Pastner, among other Division I head coaches in attendance to take in some of the action. There was a day’s full of intense action, but it was these individuals at the Hawks- Naismith Tip-Off Classic specifically that impressed the most during their respective match-ups and were key pieces for their teams throughout the day:

Arguably the best performance of the Tip-Off Classic came in the final and most anticipated match-up of the day with Woodward taking on the host Pace Academy. The game featured several Division I prospects, but it was the 5’9” unsigned senior point guard that made in impact on the game from a first possession steal turned and one to the final field goal for his team. Whitmore is a pesky defender that made several on ball steals, turning them into scoring opportunities in transition. On the other side of the ball, he handles pressure very well and made nifty passes to teammates against man and zone defenses. He scored the ball on all levels (15 points in the contest) and put the game away with an impressive step back jumper in the short corner. He is a crafty finisher, leader out on the floor, and an absolute gamer in big time moments for this team. 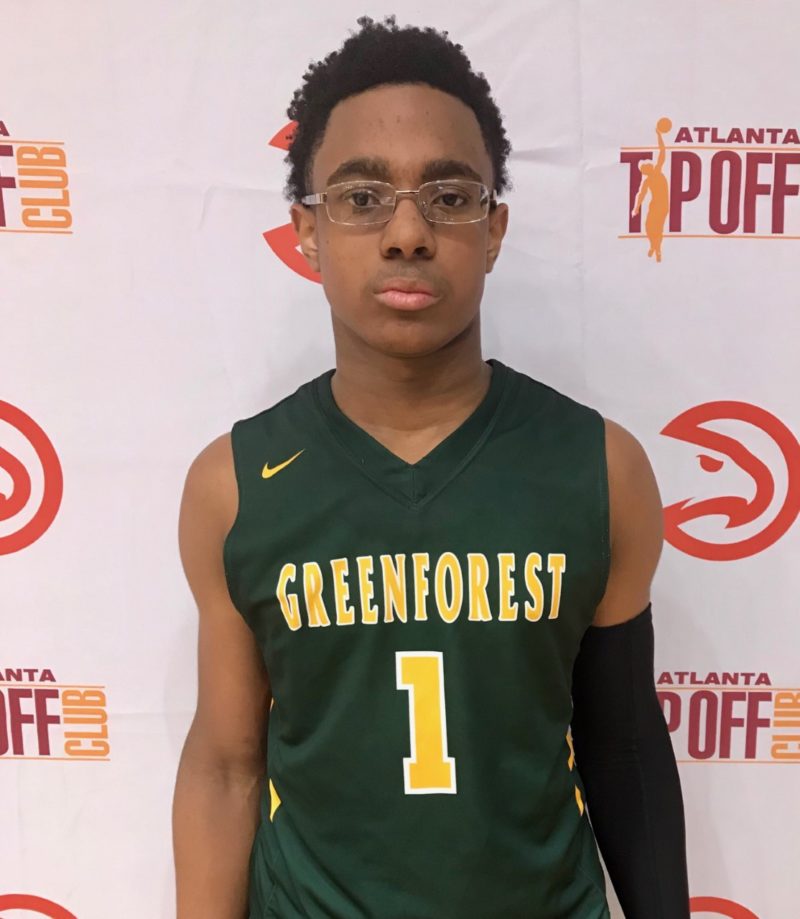 When your team is down 8-1 in the first three minutes, it may cause panic throughout. However, if composed you simply chip away at the early deficit and continue to do what you did during your comeback, for the remainder of the game. Forrest who played with poise well beyond his years did both of those things as he was one of the bright spots for the Eagles in a 69-55 win against St. Pius X at the Hawks-Naismith Tip-Off Classic. Forrest, who stands at a solid 6’2” used his size to raise up over defenders off ball screens and finish against contact at the rim in transition. The sophomore guard made his way to the free throw line often and was the game’s leader with 22 points. Forrest has a high ceiling with a family pedigree of playing at the next level and it will be fun to see him put more people on notice as he goes through his first full season on the varsity level in Class A-Private.

In the only overtime game of the Saturday slate of games, it was Whitehead that willed his team to the extra period and the win against Mt. Bethel. The 6’3” wing was one of the purest athletes at the Tip-Off Classic, but it was his shooting and playmaking ability that proved to be difference late for the Spartans. Two three-point field goals in the 4thquarter including one inside the final minute to tie the game showed his ability to hit shots with the game on the line. Whitehead III also used his athleticism to score inside while posting up on the block with a solid jump hook. He is the reigning POY in his region and his game winning plays down the stretch proved that he was ready for the moment and it got his team their first win of the season because of it. 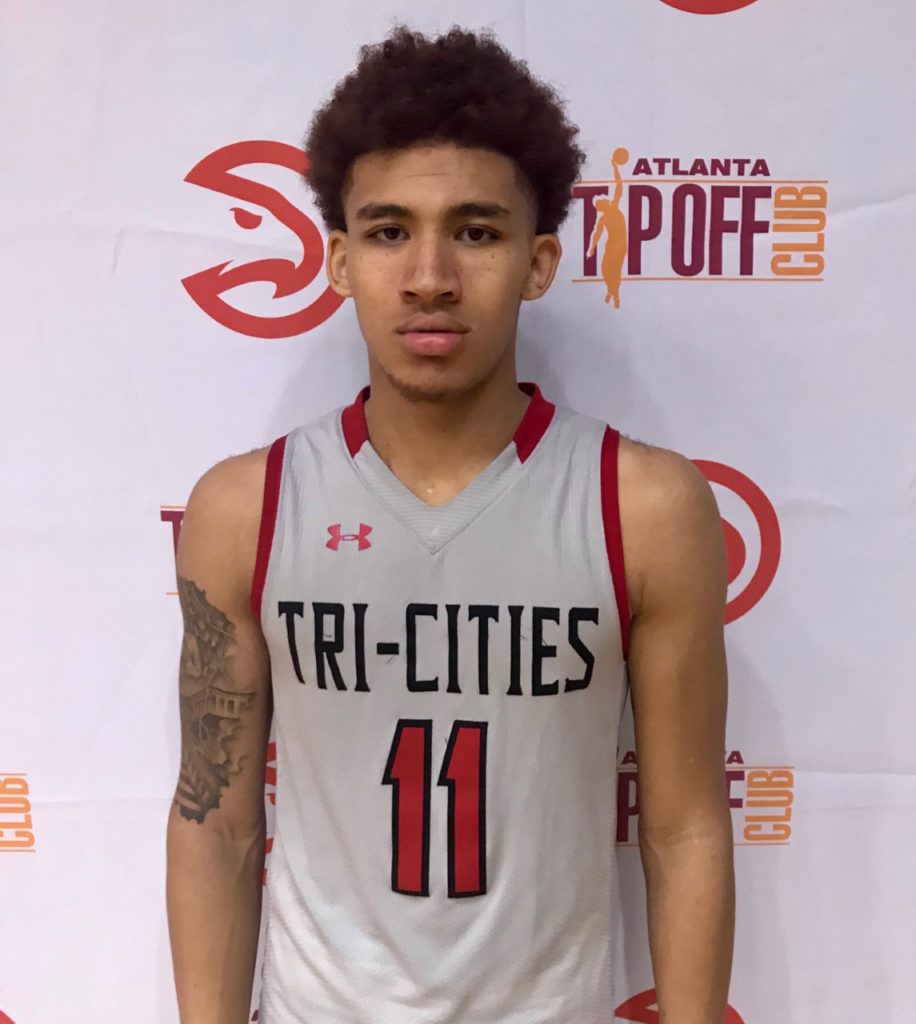 Rives helped the Bulldogs of Tri-Cities win a state championship a season ago and it was those championship type plays that were on display again at the Hawks-Naismith Tip-Off Classic. The 6’3” wing was efficient in his scoring, as he was the beneficiary of several 2ndchance baskets off his own offensive rebound. Rives knows how to put his head down and get to the rim but did a good job of using that dribble off the bounce to create space to shoot the basketball from the 15-foot area. His strength was on display as he was able to back down smaller defenders in the post and make his presence known on the glass on the defensive end as well. The senior wing would finish the game with 21 points and 13 rebounds, and the activity showed over the weekend will be exactly what they need to defend their state championship crown in Class 6A.

In the Langston-Hughes vs. St. Francis match-up there was a lot of talk between Division I commits Kasen Jennings (Kennesaw State) and Dwon Odom (Xavier) and while those stars shined on the biggest stage, it was Davis that enjoyed an impressive performance in his own right. The sophomore lefty had an impressive showing from the three-point line as he hit multiple from well beyond the high school arc. Davis does as good a job as any floor general of playing under control in a fast pace game and his handle was very good as he was able to get into the lane to make even more plays. His instincts on the defensive end are elite as well. He knows when to shoot gaps for steals and made St. Francis pay for bad decisions in their press. St. Francis made big plays down the stretch of that game to ultimately win it, but Davis’ effort put the Panthers in great position and his efforts cannot go unnoticed.

Lefty has knocked down two from well beyond the HS line has a tight handle to get into the lane. A defensive pest with natural instincts. @kobedav81882278 #HawksNaismith

Cormier has already built a reputation around the state of Georgia as one of the better shooter that the state has to offer; and even though that shooting ability was on display once again at the Hawks-Naismith Tip-Off Classic, his ability to put the ball on the floor and finish in traffic against the NBA sized line-up of Greenforest was just as impressive. Nice floaters made up the bulk of his scoring in the two-point area and he was a consistent visitor of free throw line throughout the contest. Cormier was a key factor in the Golden Lions’ 8-1 run to start the game, as he knocked down two from deep on the left wing. He ultimately knocked down five from the perimeter in the game and had 22 of the team’s 49 points going into the fourth quarter. He will have to keep the offense rolling to help a young St. Pius X team to a fourth consecutive region championship and deep state tournament run. 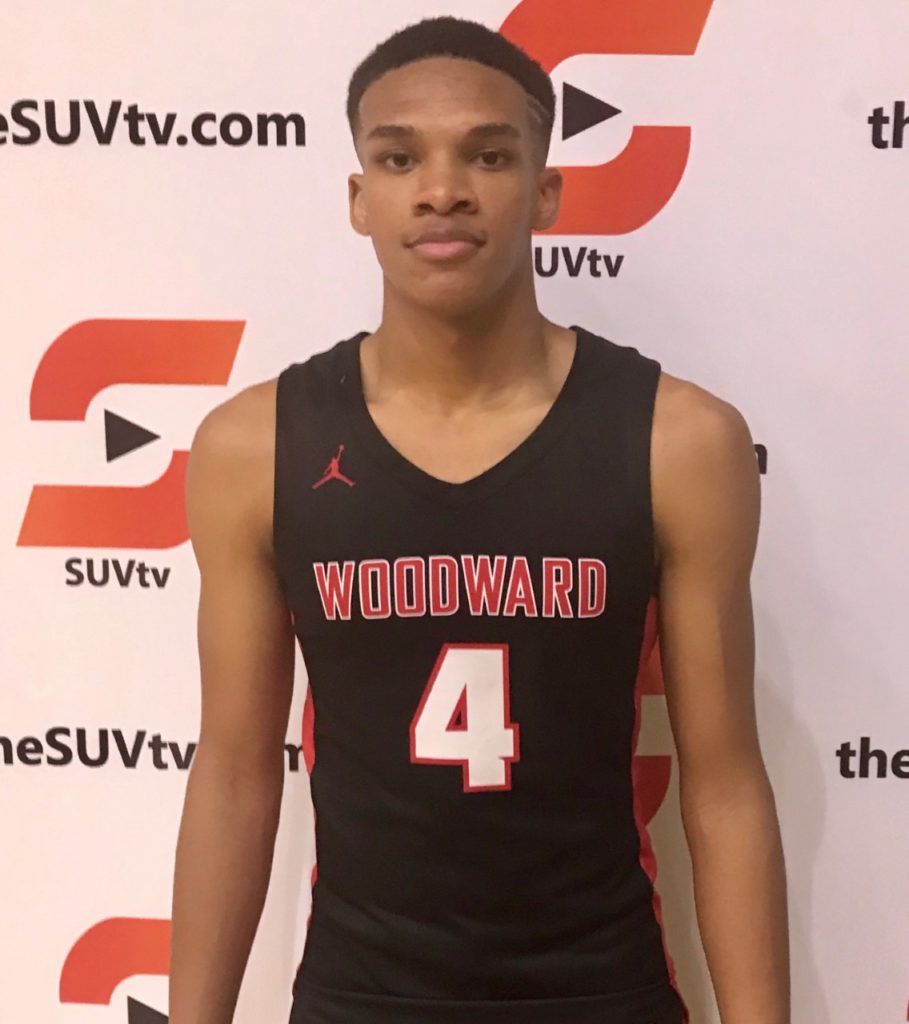 Like Whitmore, the transfer from Fayette County made his presence felt throughout the final contest with solid play from all three levels in Woodward’s big win to end the Hawks-Naismith Classic. Foul trouble kept the junior off the floor for more than any Woodward affiliate would have liked but when he was in the game, he made the War Eagles that much better. Richard has good size at 6’4” and use that length to finish tough drives to the basket and hit timeline three-point attempts when his team needed it most. He produced on the offensive end while defending Pace guard Madison Durr, a formidable option for the Knights offensively. He is a legitimate two-way player that looks to be fitting right in to what Woodward wants to do on both ends.

Another big-time performance from a transfer at the Hawks-Naismith Classic came from the 6’5” combo guard out of Denmark. Cowherd used the size advantage to punish smaller defenders on the block and in post situations but is still quick enough to get by those same defenders out on the perimeter. Having a proven point guard like Sutton Smith to put you in great positions to score helps and he knocked down shots because of it but it was Cowherd’s ability with the ball in his hands that proved the difference against a scrappy Maynard Jackson team late. He finished with 23 points in the game and his upside is very high with two years remaining after his initial season with the Danes is finished.

Donta Eberhardt is a contributor to On the Radar Hoops.