ATLANTA, GA – Chris Cameron and his Connect Hoops group were back at Core4 for a fall version of their HBCU Elite 100 Camp, and after a successful weekend back during the summer, another excellent turnout was there to play before a group of HBCU coaches from the region.

There was a deep group on hand, some standout backcourt guys from the day: 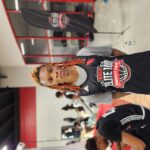 Other than some of the size on hand which can generally contribute faster at the next level on measurables alone Edwards was the most college-ready guy in the gym, has always possessed an intriguing skillset backed more than ably by some eye-popping natural athleticism, can sky off the deck as a finisher but a detail overlooked is how well he elevates for his jumper making him play bigger, can play some point for you as well as his natural wing where his shooting is superb at all ranges, good size and a great mind for the game makes him a south side gem.

Has become a south-GA guy whose been hard to miss with multiple good showings up this way and it’s not just the patented goggles, sleek mover who covers a ton of ground as he gets up and back and uses that together with some high IQ stuff to be a threat at either guard spot, the LaGrange program is solid and is easily overlooked but Dowell is one who has the mind and skills to potentially step right in at the next level and be a contributor with his intangibles. 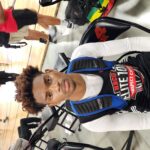 Kudos to this emerging name as he’s been all over the place over the last few months inserting himself on the scene and producing wherever he lands, has the very usable combo of speed and physicality that belies his leaner frame as he goes inside and takes on all sizes around the basket with a fire and energy you like to see, has the requisite shooting range to surely keep you honest and handles the ball well enough to bounce between guard spots, gets after it on defense with come clearly good schooling as well as crisp lateral movement, climbing in the 2024’s. 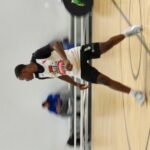 The steady steps Culbreath-Martin has been taking have been fun to watch as he’s been playing up with 2024’s the last 2 years but was always among the most consistent eye-catchers, will have the ball in his hands at Duluth this winter and showed plenty of that natural PG instinct he has at HBCU, love the burst as he can really turn it on in the open floor getting ahead of people and is a terrific penetrator, finishes around the basket so smoothly when he isn’t showing off the dishing skill and has a pretty jumper to hurt you when defenses back off, consistent and bright as a floor leader. 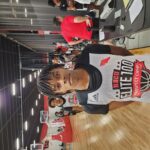 Best defender in the gym under 6-5 as he like his DHS mates gets after it on that end of the floor, hit a cold-blooded OT game-winner from 15 feet early in the day and has the kind of mentality you like in a lead guard of a guy who will swipe the ball from you and then knock down the big shot at the other end, his game has matured so far filled with confidence and speed and as the engine for this upcoming Bulldogs team will have a lot to say about how far they go in a really good 5A division with their loaded roster. 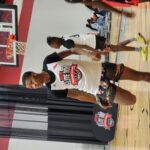 Had some really intriguing moments particularly as a finisher as he has a lot of length packed onto a 6-4 frame and was slithery and tough to deal with on the drive, the lift off the deck was explosive as he threw several down and not all of them easy, that length was key on defense as he locked up smaller PG’s and matched up well with other athletic 2-men, had a good day as an overall athletic performer.