Florida signee Kowacie Reeves Jr. put on a show over the weekend.

Warner Robins, Ga – The Second Annual HypeSouth Hardwood Invitational was home to some really good basketball over the weekend. Post Thanksgiving weekend I got to see some Middle and South Georgia talent down below Atlanta. Here are a few notables. 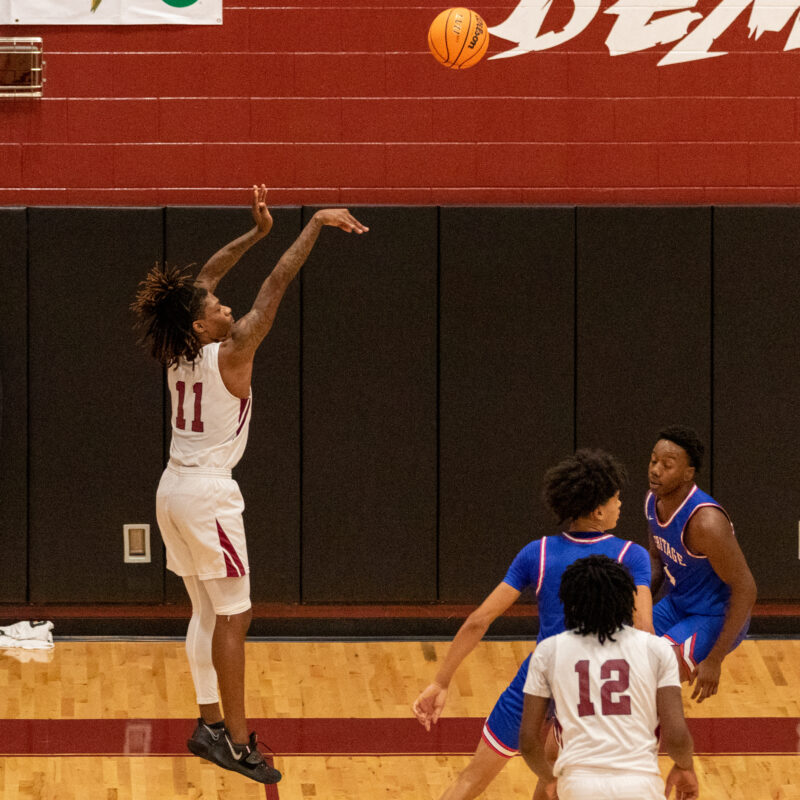 Jones was a beast the entire game for The Demons. Coach Garman called several sets for the senior and he delivered with more than a few and one finishes. He powered through defenders at the rim all night & didn’t shy away from the obvious big time matchup defensively. Jones is an combo forward whose  production could ultimately outweigh his lack of size with offers extended to him already. He’ll be a pivotal piece for the Demons all season.

Westover Patriots were in a dog fight with Northside Warner Robins even though they led by double digits at points during the game. Isaac Abidde’s 26 points were crucial in route to the Patriots second win of the season. Abidde was a force on the glass with a couple of putback dunks that rocked the crowd. He stepped out and knocked down two three’s as well this game. Clear upside in the 6-foot-8 big man from Albany, Ga. 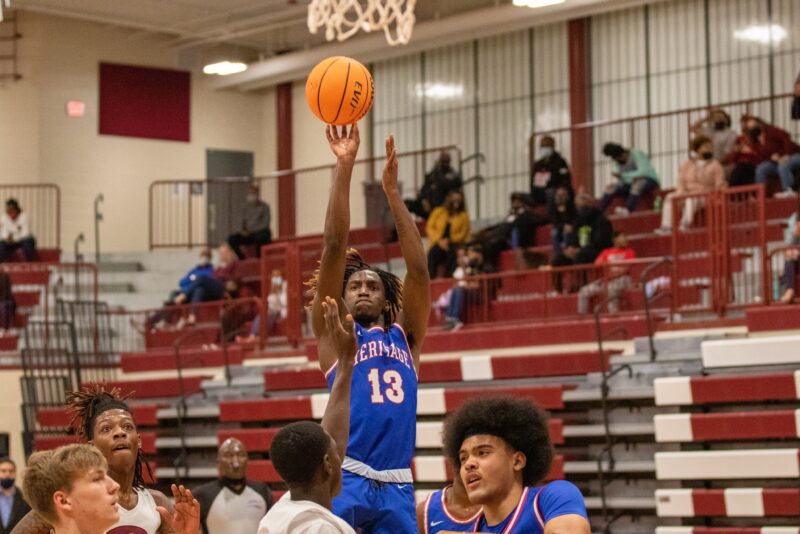 In a tightly contested game in a rough environment on the road, RJ Noord was steady for Heritage of Conyers throughout the game. He was reliable versus the Warner Robins pressure and found success off the bounce attacking the paint. He’s shifty and  fast with the ball in transition for opportunities to create. 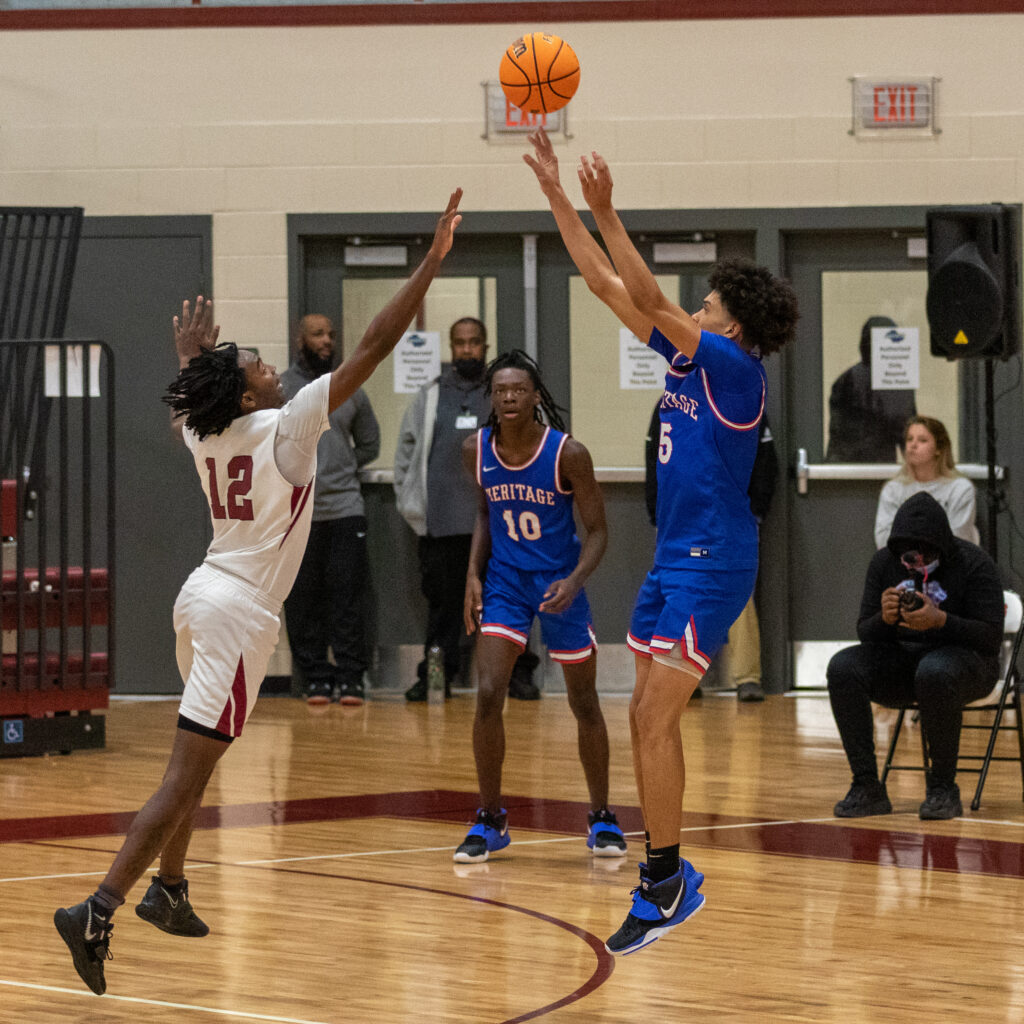 In the first half of the matchup against the home team Demons, James White was able to find success in transition and connect on a few jumpers off the bounce. White showed he is a legitimate three level scoring guard who can take over a game instantly. He bumped defenders off as he drove inside and hit timely threes at the top of the key in the third. White controlled overtime sealing the win with 35 total points.

First action I’ve seen from Reeves since last spring, Reeves was nothing short of impressive. He moves well without the ball, plays multiple positions defensively for his team and scores in bunches in different ways. At 6-foot-7, there isn’t much Reeves can’t do on the floor. His range on his jumper extends out to the volleyball ball line and he’s even harder to stop from the elbow with his footwork and strength. They came up short to a scrappy Dougherty team who deserved the win but no question who was the best player on the floor all game.

Grane was a player to watch this Spring that was no different last night in a printings matchup versus another South Georgia senior guard. Grane was able to keep his team close with this relentless attack on the rim. Drawing contact play after play, Grane found good rhythm in the third quarter from the charity stripe. Late in the game he scored big buckets to cut the lead to 5 at one point. Grane finished with 24 points for The Northside Eagles.

Brown’s presence on the court was felt by the opposing team from the jump. The 6- foot-8 senior forward from Northside Warner Robins may be the best shot blocker in the State this year. His timing is perfect, and he doesn’t initiate contact much with his body to send guys to the line. He made it hard for Westover in the lane. Any time they drove her was there to block or alter the layup attempt. Offensively he’s got potential but as a defensive anchor with energy he’ll see schools continue to call and come watch him play.

Wingfield started the game with a block and didn’t let off the defensive intensity. He made it hard for opposing guards to find clean looks at the rim off the bounce with his pressure on the ball. Offensively he shot the ball well off the bounce when he attached the rim. He had two plays in transition where he finished over two defenders freezing them with a hesitation at half court. Wingfield finished with 17 points for Westover which were all needed. The senior point guard shouldn’t make a habit of fouling out of games, but played very well on both ends of the court up until that point. Westover is primed for a State title run on the shoulders of Wingfield and fellow senior Isaac Abidde, both looked very prepared for the upcoming games ahead.