Kowacie Reeves Jr. picked up an offer from Clemson at the Elite 32

Atlanta, Ga – The 2019 Elite 32 was the place to be for Independent Teams during July’s lone travel ball evaluation period. The platform provided relevant exposure opportunities for over 200 teams and thousands of players from throughout the United States. Our staff of evaluators worked around the clock taking in the action and tracking prospects and below we examine a few players that took advantage of the stage. 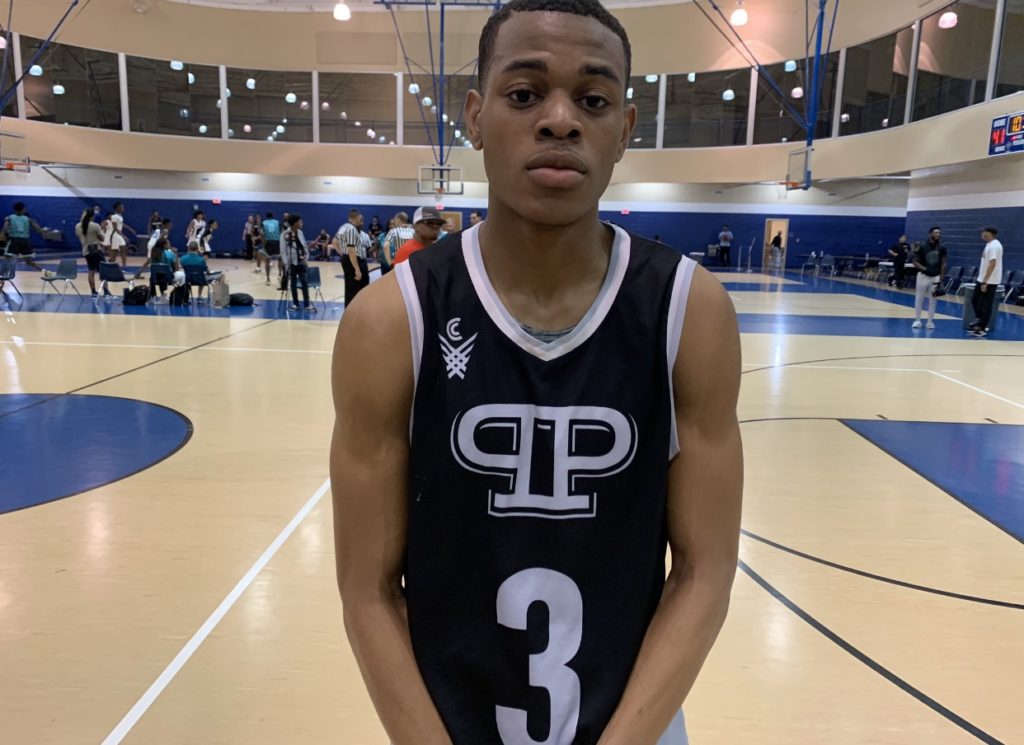 Aquan Smart, Pure Prep (IA), 2020
Already garnering lower level attention prior to his Elite 32 debut, Aquan Smart was a man on a mission all week and caught the eye of coaches from East Tennessee, Florida International, and UAB who all extended offers. The 6-foot-3 rising senior was arguably the most electrifying player in attendance displaying next level athleticism, fierce competitiveness, and elite basketball acumen from the lead guard position.

Duke Miles, PCBC Stars (AL), 2020
Miles entered the July Live Period with no offers, but the 6-foot-1 dynamo managed to squeeze out an offer from Florida International following a 31-point outburst in front of the Panthers coaching staff. After demonstrating the ability to be equally effective on and off the ball and averaging 24 points per game for the week, we think it is safe to say Miles put coaches on notice and will hear his phone start to ring more moving forward.

CJ Huntley, PSB (NC), 2020
Huntley is a physical post presence that showed off his full arsenal. Each time out he unleashed another facet of his game and coaches took notice. The 6-foot-9 big-man left onlookers in awe of his superb offensive, defensive, and rebounding prowess. Delaware and Illinois State both pulled the trigger with offers after tracking him closely all week. 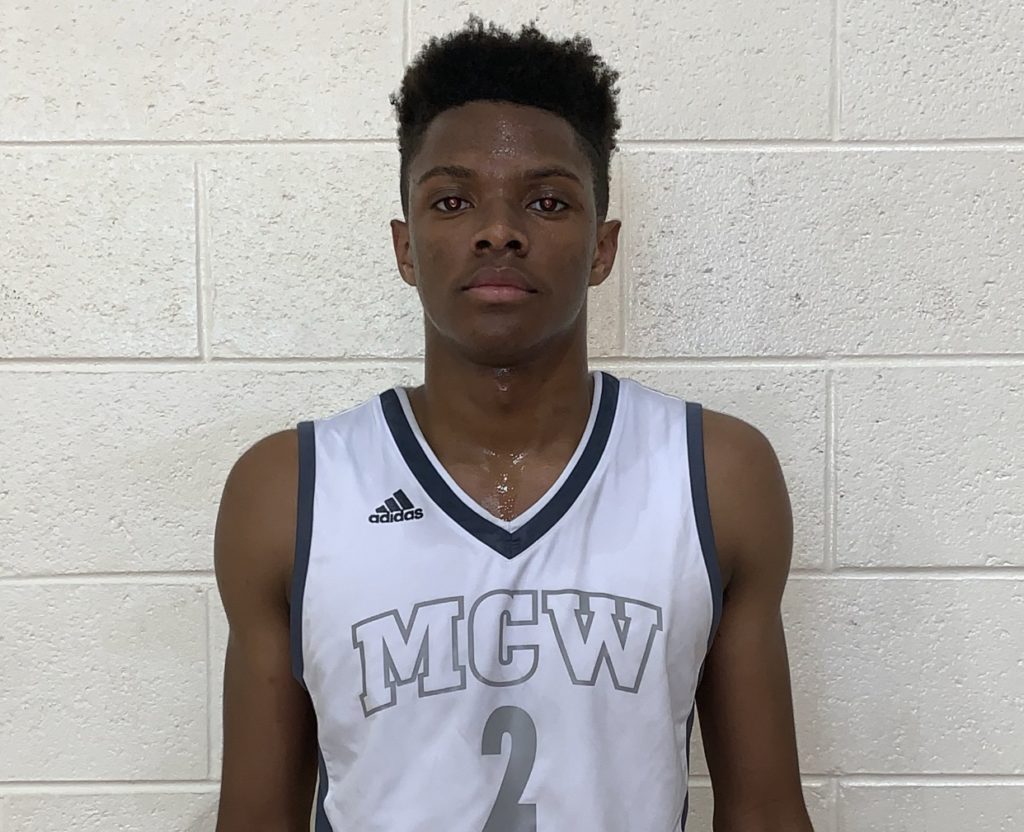 AJ McGinnis Jr., MC Warriors (AL) 2020
This kid is an offensive machine that got it done in a variety of ways from multiple positions. He is yet another prospect that had little to no interest coming into July, but he owned his moment at our Elite 32 and picked up offers from Jacksonville State, SIUE, and Stephen F. Austin. McGinnis Jr. will be even more attractive for low to mid-level programs in the future with the announcement of his reclassification to the 2020 class.

Kowacie Reeves Jr, Team GA Magic (GA) 2021
Reeves Jr. has been a regular participant at On the Radar events since middle school and has been one of our top stockrisers in 2019. The 6-foot-5 rising junior still looks to have some inches left to grow and is coming into his own on the court. Several high-major programs viewed him as a priority prospect heading into July and he continued trending up at the Elite 32 receiving an offer from Clemson following a 23-point performance. Many coaches covet shooting and athleticism and Reeves Jr. fits the description. 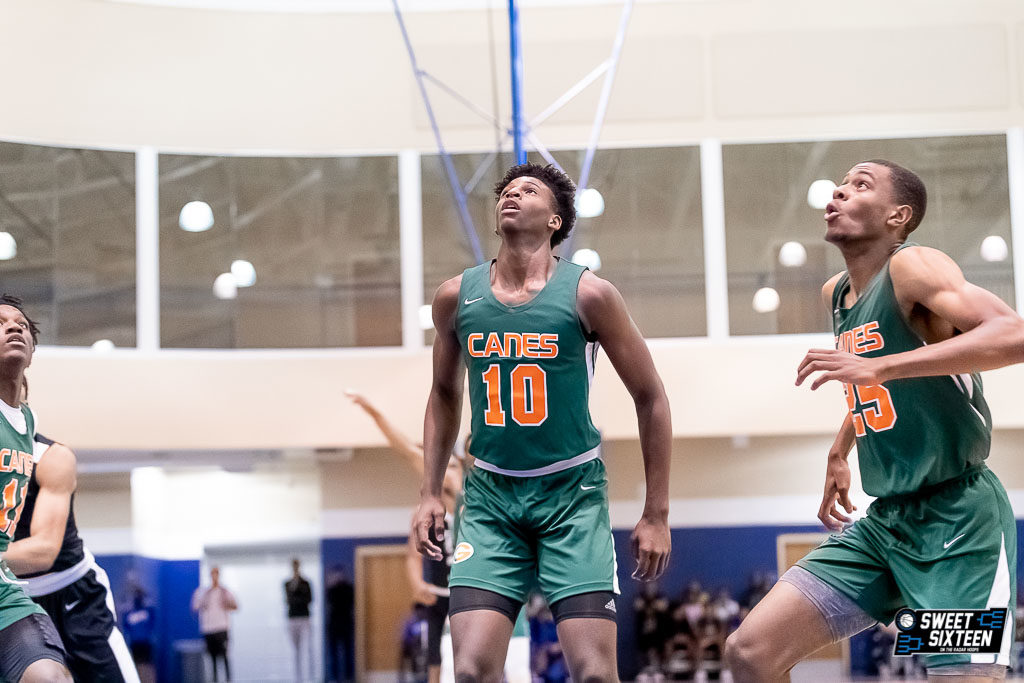 Terrell Ard Jr, GA Canes, 2020
Ard Jr. has also ascended throughout the spring and summer via our On the Radar stages. The 6-foot-7 wing earned a handful of mid-level offers during the April Live Period and that trend continued in July. He displayed his multi-dimensional repertoire which prompted Hofstra to extend an offer. After reclassifying to 2020, Ard Jr. might play his way onto some high major boards with additional viewing opportunities for coaches.