Atlanta, Ga – In the new world we live in everybody has been chomping at the bit to get inside the gym and hear sneakers squeak. This weekend the inaugural On The Radar Hoops Academy played host to 48 players from the 2021-2024 classes. Saturday was for the upperclassmen while Sunday followed with the young guns. Here a list of notable players from Day 2:

Cameron Pope was a pleasant find for our OTRH staff this weekend. Pope stands 6’1 with surprising athletic ability. His creative handle and vision of the floor off the bounce allows him to play either guard position. During games portion of camp, Pope put him imprint on the game from the very beginning. He filled up the stat sheet gathering several assists and rebounds on top of scoring. Pope has the upside to be a key contributor off the bench as a sophomore for Cherokee High.

Carr’s development from the fist time I saw him at FreshmenU was clear. He’s physically grown, now standing 6’4, close to 6’5 with long arms to cause problems in passing lanes and contest shots at the rim. The lefty has a good feel for the game and can get into the lane downhill versus most defenders. With more reps, Carr could become a dangerous overall offensive threat with a consistent jumper from deep. The Dutchtown rising sophomore has clear-cut ability, and the upside is tremendous. I am looking forward to watching his progression before the Fall. 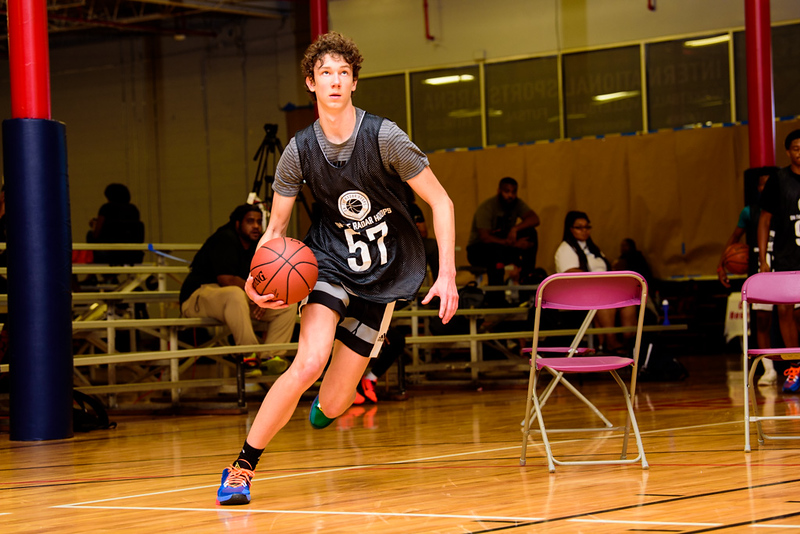 Out of all players who came to camp, Brookwood sophomore Colby Williams may have shown the most potential and upside. At 6’7, Williams is already a deadeye shooter from deep from any angle on the floor. His release is effortless, and at 6’7 you can imagine not many players can really contest or block his shot. He could use some sessions in the weight room, but you can already see glimpses of his ability to play off the bounce or be a pick & pop forward who can stretch the floor. Williams, with steady progression, is sure to be a hot name from the Peach state in the coming seasons, similar to 2012 Milton graduate Evan Nolte. 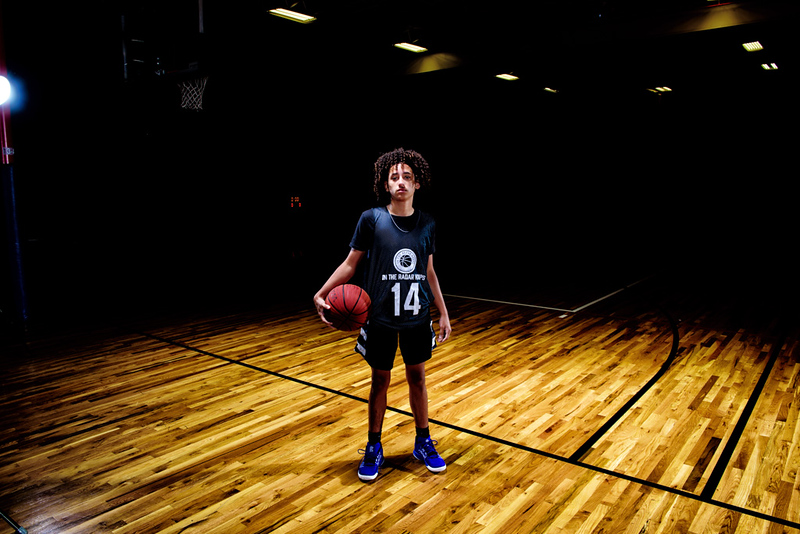 One of the quickest guards in the camp, Jayden Gudz showed he had a deep bag of dribble moves that impressed the coaches in attendance. He’s young so he still plays at one pace, but has a good understanding of angles and how to get by defenders. He had a couple of different plays where he left defenders on the perimeter as he attacked the lane. If he continues to grow and become a knock down shooter when open, Gudz could become a quality floor general for Buford in the coming years.

The Core4 rising Junior instantly caught the attention of the camp coaches with his size at 6’7 and his shooting stroke from the midrange and deep level of the floor. In shooting stations, you could see his mechanics, his stroke, and his motor. Deng plays well without the ball, attacks the glass for second chance opportunities, but hunts those open jumpers from the floor. His elevation on his jumper allows him to shoot over smaller defenders and he played well off the bounce with limited dribbles getting into the paint. Deng shows promise and ability to become a small ball 4 with shooting and an improved handle could be a real mismatch at the forward spot. 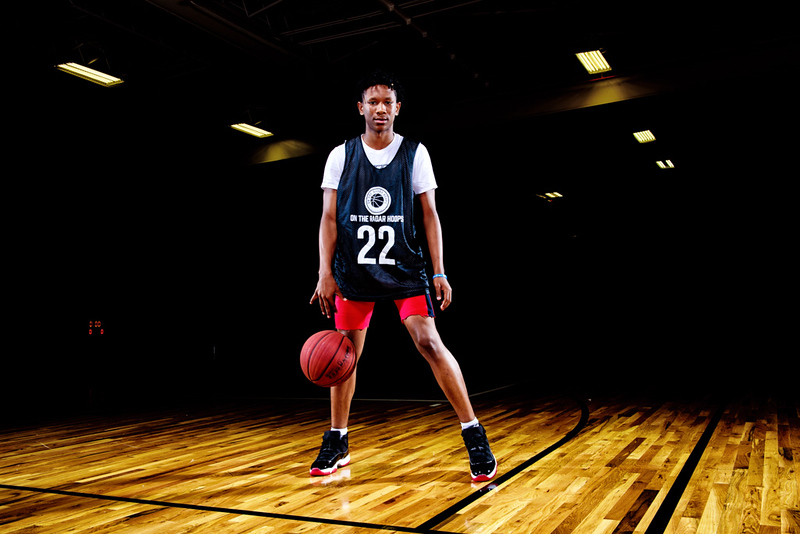 The rising freshman from the Middle GA area has impressed our staff every time they’ve laid eyes on him. Green stands about 5’11 with god size for the point guard with versatility to impact the game in a bunch of ways. He guarded bigger wings, defended the ball well, and had a highlight block in transition and let the offensive player hear about it. He plays with a chip on his shoulder but under control. One coach at camp labeled him “The next big name out of middle Ga.”, and I’m eager to see if he’ll live up to the hype.

After Sunday’s games portion had ended, it was easy to see how the rising sophomore averaged 17 points per game the previous season. Thomas plays with a confidence & swagger admirable for someone his age. In a camp setting, you could see his confidence rising each possessions during games as he hit multiple shots from distance, got to the rim wit ease, and even made plays for teammates off the screen & roll which was impressive. Thomas was aggressive in attempting to score the ball, but still made the effort to impact the game in every category.

Middle GA was well represented at The Academy and Christian Burnett was another to take up the mantle. Burnett is a fierce competitor who backs down from no challenges on either end of the floor. Also known as “Ice”, Burnett was a tough cover for guards in attendance. He’s quicker than he looks with the ball from end to end and has deep range on his jumper all the way out to the NBA line. His best asset is his jumper, which he can get off pretty quickly off the catch or bounce. Hailing from GMC in Milledgeville, I expect the rising sophomore to put up big numbers this season after averaging 14 ppg as a freshman.

He was the best guard in attendance Sunday in my opinion. The 6’2 PG has steadily progressed & added explosion to his game. He’a lefty capable of driving the ball with either for finishes at the rim. Jones plays with poise & doesn’t let defenders speed him up past his comfort level. Jones is a player who has garnered a lot of attention in the past year from the Breakout camp and showings on the circuit with Nike squads. His sophomore numbers should see a jump in production with his body and mind both maturing. Look out for the Walton county guard to continue turning heads heading into the season.

Lanier is a power guard with good athleticism and a strong body. He is as aggressive as he is powerful, getting after people on the defensive end and going hard to the rim offensively. He is a versatile defender who can make plays in full court pressure situations and also lock up opposing scorers in the half-court, bodying up with his upper body without fouling.