Jahseem Felton has been tabbed as one of the best 8th graders in the Country.

Atlanta Ga.,– The Battleground Middle School series put on by OntheRadarHoops.com provided the perfect stage for players to gain exposure and compete against some of the best young players in the country.

Taylor was one of my favorite overall players this weekend from Team Cp25. He is only an eighth grader but looks & plays beyond his years on the court. A savvy floor technician, Taylor can penetrate defenses with either hand & create for his teammates. When he looks to score he’s pretty hard to stop. Taylor is a three-level scorer with the ability to get to spots and knock down soft jumpers and contested layups at the rim through traffic. I’m looking forward to seeing his performances in the next two sessions. 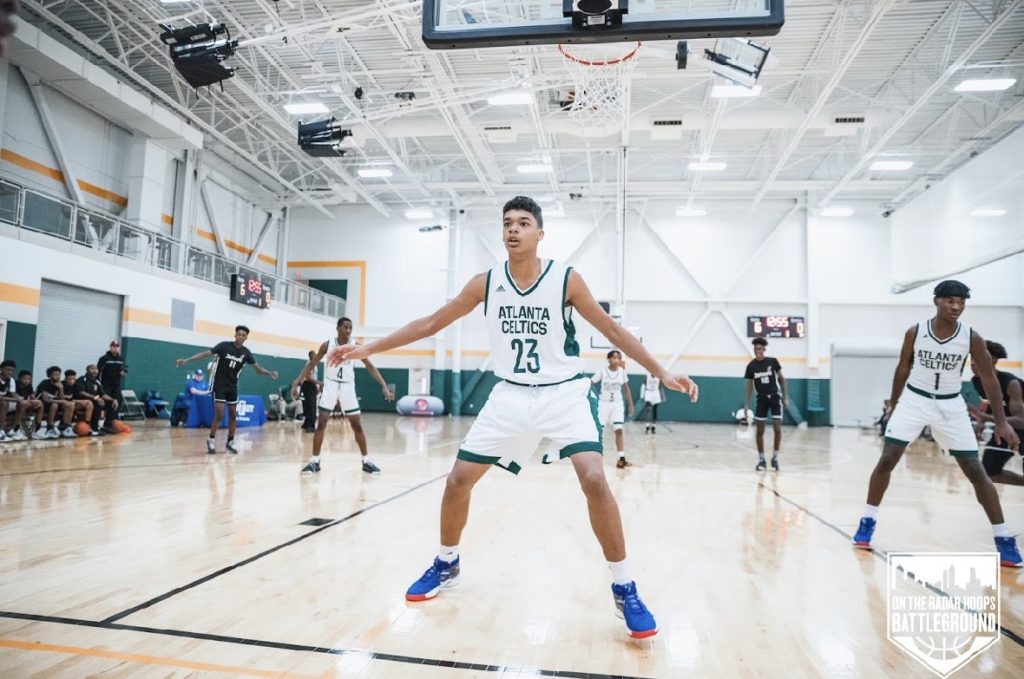 Running with the Atlanta Celtics, you instantly notice Smith’s size at 6-foot-7. Along with size, Micah has mobility and skill to match. He was seen high flying in transition dunking and showing his ability to be a defensive anchor in the lane. He’s got good instincts to contest without fouling & runs the floor like a deer. Smith has all the tools to be a dominant player nationally in the 2024 class, time will tell if he can get the kinks out of his game too become more refined.

Just in the 7thgrade, Jones caught our staff’s attention with his activity, size, and versatility on the floor. At 6-foot-5, Jones can play a host of positions and defend pretty much all five spots on the floor. He uses his strength to power through defenders inside but is most effective in the open floor. In a fast-paced game Jokes can take over turning steals into transition buckets. The 2025 stud even wowed the crowd with a dunk this weekend. Jones’ E1T1 squad will be tough to beat going forward. They’ve got good guards, size, and shooting.

Reece Randolph isn’t the biggest guard on the floor by far, but he doesn’t play that way. Reece’s ability to bring offense instantly off the bench was a driving force in CP25’s win Sunday morning vs E1T1. He came straight off the bench and drilled (2) three-pointers to keep CP25 at bay early during E1T1’s runs. A real threat to score from wherever, Randolph keeps defenses honest from deep and guessing off penetration. Solid piece moving forward for Team Parsons.

Lee’s ability to apply constant pressure on defenses and draws fouls earned him easy points at the line all weekend. Lee can play either guard position effectively facilitating in the open floor or getting to the paint at will when aggressive. Lee possesses a good understanding of the game with minimal turnovers and uses his length to bother smaller guards on either side of the ball.

Felton is regarded by some as the Number one player in the 2024 class, he looked the part this weekend. Felton is a fundamentally sound lead guard who can shoulder the bulk offensively down the stretch. He gave defenders fits all weekend with his scoring and length on defense. Felton has a crafty handle to avoid pressure & can create for himself better than most his age from all 3 levels of the floor. If he continues to grow, Felton will be a nicely built guard capable of playing any perimeter position on the floor. His outside stroke is pretty good off the catch or bounce, and most impressive is good vision for open teammates off penetration. 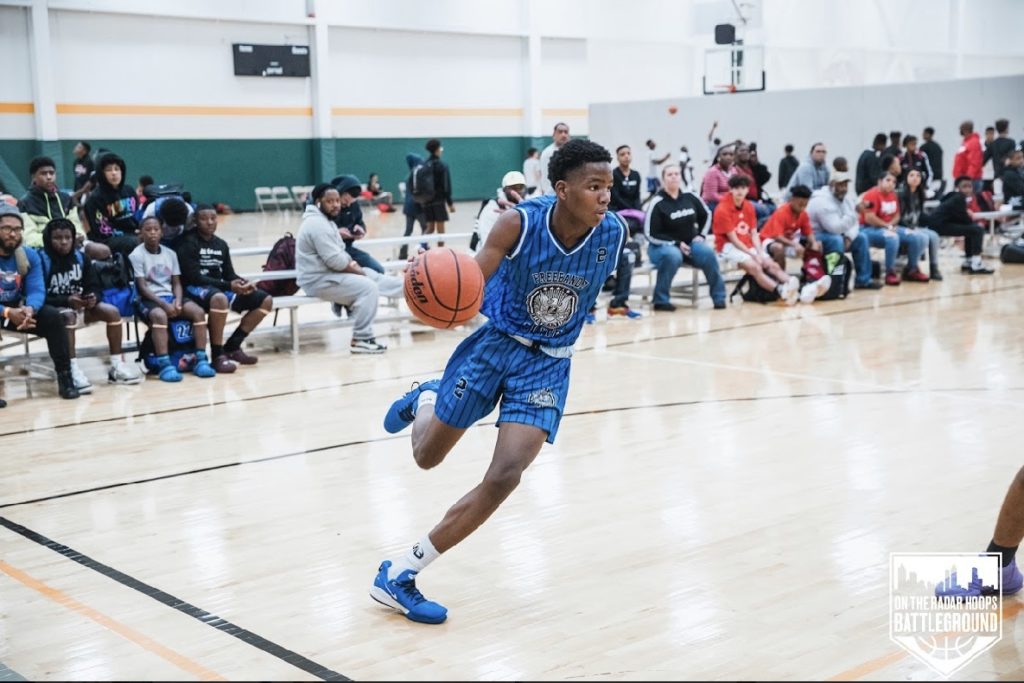 This was my second year getting to see Ivery with Free Bandz & what a difference a year makes. Last year he was really solid and a great defender but this weekend he showed he is wired to score the ball. Ivery was a problem for opposing teams all weekend. He doesn’t need many ball screens, he can create for himself off the bounce & is a knock down threat from deep from all angles. He didn’t shy away from the B Maze matchup and had a productive game scoring the ball and guarding one of the nation’s best in Felton.

Williams is a slim power forward who hasn’t even touched his true potential. He has great length and agility to go with a tremendous work ethic and love of the game. He has very good skills for someone his size along with a nice touch around the basket. He has shown turn-around jump shots from the block and has even extended his range. His length makes him a menace defensively, and opponents get no plays off as Williams runs the floor exceptionally well.

Willie Evans is a contributor to the On the Radar Hoops.