Stone Mountain, GA– Simply put, the 2020-21 basketball season will have a different look to it. There will be a lot of changes with transportation, fans, and games throughout the year. However, regardless of those adjustments a high school basketball season will be played and many players have done everything in their power to get ready for this season. The 2ndannual On the Radar Hoops “Breakout Camp”was just another example of players taking advantage of an opportunity to get ready for this season and beyond. Over 80 current freshmen and sophomores from the state of Georgia as well as states such as Florida, Alabama, Tennessee, and Kentucky made their way to the ISA Basketball Complex in Stone Mountain to take part in exceptional competition through drills and 5 on 5 scrimmages. Ultimately, there were a lot of players that got better throughout the camp but these were some of the underclassmen that took advantage of this opportunity and shined the most throughout the day.

Miles was a mismatch waiting to happen all afternoon at Breakout Camp. At 6’5” he was able to control the defensive glass with ease and had a lot of easy 2ndchance layup opportunities on the offensive end. Miles continuously showed his dominance inside but he isn’t just an interior player. He can work the pick and roll and was able to lead fast breaks to showcase some of his ball handling skills. He made good passes in transition when teammates were running with him and knows how to run the floor without the ball. Miles has great knack for playing above the rim and could have been the beneficiary of a lot more lobs if passes were on time. The sophomore out of Miami came to Georgia, made his presence felt and will be one to watch out of the peach state after a good summer with SOH Elite.

Stanford was another explosive prospect at the 2ndannual Breakout Camp and had the most impressive dunk during the dunk contest midway through the showcase. He has good size for a lead guard right now and was able to get past any defender that attempted to guard him during games. The sophomore has very good finishing ability once he gets into the lane but knows how to simplify the game and find an open shooter once he draws extra attention. I believe Stanford will be one to watch coming out of Middle Georgia as that region of the state has produced very good guards in the past few years specifically. 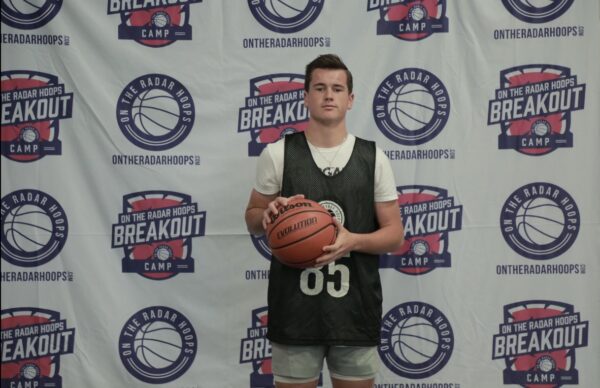 Thomas is a familiar name around the peach state already and Saturday was just another solid performance for him. He has good size and a solid build when on the attack offensively which allows him to finish with the best of them when bumped in the lane. He knows how to finish when going up against shot blockers on both sides of the rim and can score off the drive or put himself in position to score off ball as a cutter. Thomas has a very solid shot from the perimeter and can score points in bunches because of it, which was evident in scrimmage play. He is coming off a solid freshman campaign and productive summer with the Atlanta Timberwolves so his sophomore campaign should be another step in the right direction at Fellowship Christian.

St. Pius Head Coach Aaron Parr always has a good guard within the program and Oliver is on his way to becoming another addition to that list. Like most players in that program, this sophomore guard plays with a competitiveness that you love to see throughout the course of a camp. He can shoot the ball very well and was always getting loose in transition for open jumpers after a defensive rebound. Oliver has a tight handle when handling pressure and can score it once he gets going towards the basket with acrobatic finishes. He just has a quick twitch on both ends when he plays and will be one to watch out for coming out of Golden Lions’ program in the next few years. 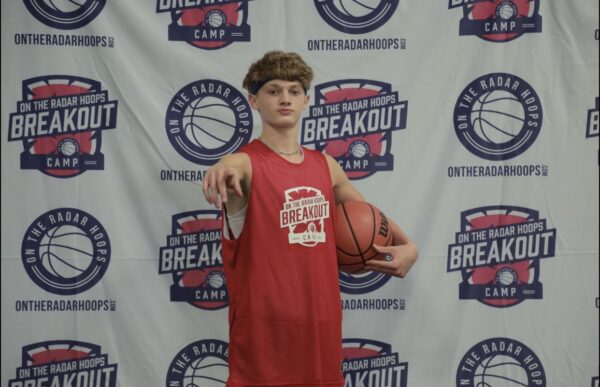 Langefels had a very solid performance at Breakout Camp and took over offensively in the second game he played in, resulting in a win. The freshman simply knows how to get to his spots on the floor and not many people can keep him from getting there. He can truly score it on all three levels and because of that shot and lay-up making ability to go along with his quickness and athleticism he can keep his defenders off balance. Langefels has good instincts on both ends knowing how to move without the basketball offensively and had nice steals defensively. He primarily played off the ball during games but he is comfortable with the ball in his hands and knows when to find teammates. He was consistent performer all afternoon and one of the better freshmen at the entire camp.

Lanier is a tough and competitive lead guard that possesses a great motor. He is a good leader and has a solid basketball IQ. He attacks on both ends of the floor and plays to exhaustion. He pushes the ball on the pass or dribble and uses his court vision to deliver drive, draw and kick passes on time and on target. Lanier can get to the rim and finish, stop and pop or hit the floater.