TYRONE, Georgia, – The OTR Holiday Invitational featured ten of the top teams from around the Metro Atlanta area. This one-day showcase opportunity afforded teams the chance to play top competition while also being viewed by most of the top media members in the state of Georgia. All games can be viewed via SUVtv by clicking the link HERE.

White is a modern-day point guard capable of getting his shot and playmaking for others. His quick trigger in transition forces defenses to meet him close to the half line, which in return opens gaps for him to penetrate and pitch to open teammates once he draws the help. White’s 22 points powered Chattahoochee to a victory in their match-up with Lanier.

Of all the talent on the court in the event’s open game, Adetosoye might have the highest ceiling at the next level. The 6-3 wing specializes at slashing to the bucket right now. His size and athleticism also allow him to impact the game on the interior. He rebounds the ball very effectively and can score trash buckets in traffic. He caught our attention with his off hand finishes off the dribble. He is comfortable turning the corner with his weak hand and can finish with dunks. Showing consistency on his perimeter jumper will move him in the discussion as one of the top prospects in the state next year.

Vassell is a prospect on the rise in the Metro Atlanta area. The 6-5 wing-forward has athleticism and length that are valued at the next level. He had those qualities on display early in the game as he scored on a lob off a backscreen in coach Branden Mayweather’s offense. From there he mixed it up on the interior with rebounds, drives and put backs in traffic. We believe that Vassell’s best days on the court are still ahead of him. He has the potential to be a multi-positional defender and a lethal finisher in the open court.

Fresh off signing with James Madison earlier this month, McConnell is off to a strong start for the Longhorns. The 6-foot lead guard displayed his deep range and play-making ability in this match-up versus AJ White and Chattahoochee. Like White, McConnell is a threat to fire up 3-point shots from well beyond the arc, which requires the defense to pick him up as soon as he crosses half court. He is most efficient when he is determined to get to the lane to make plays or get to the free throw line. Expect the senior to be the engine for this Longhorn squad, which finished as runners-up in Class AAAAA last season. 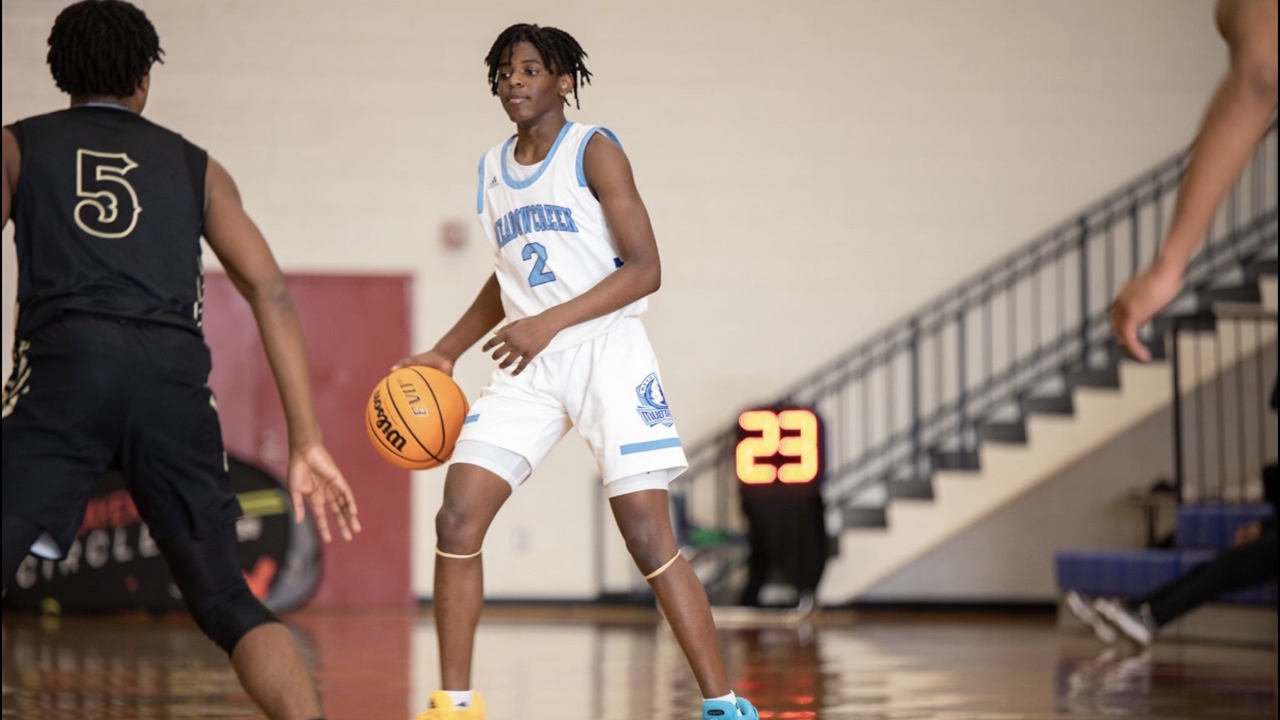 Meadowcreek went into the half down four points, but after two quick 3-point buckets from Hampton, the Mustangs would take the lead for good. Hampton scored 13 points in all during the third period en route to a game high 22 points. The sophomore is a high energy tempo setter that stirs the drink for coach Terry Smith’s squad. His ability to lead the break and hit 3-pointers make him a player to keep an eye on in Georgia’s 2023 class.

Merrick was an integral part of the Mustang win on Tuesday afternoon. His defensive anticipation, quickness and timely scoring helped his team pull ahead in a second half onslaught. The 6-2 guard is a great backcourt compliment to Hampton, because of his willingness to defend run the break.

There is a lot to like about Brown who is an available senior prospect. The 6-5 guard has athleticism and versatility on both ends of the court. His length and mobility allow to defend multiple positions on the court. Yet his ball handling allows him to be a primary play creator in the half court offense. He had all his skills on display leading his team in scoring with 23 points in his team’s second game of the year. 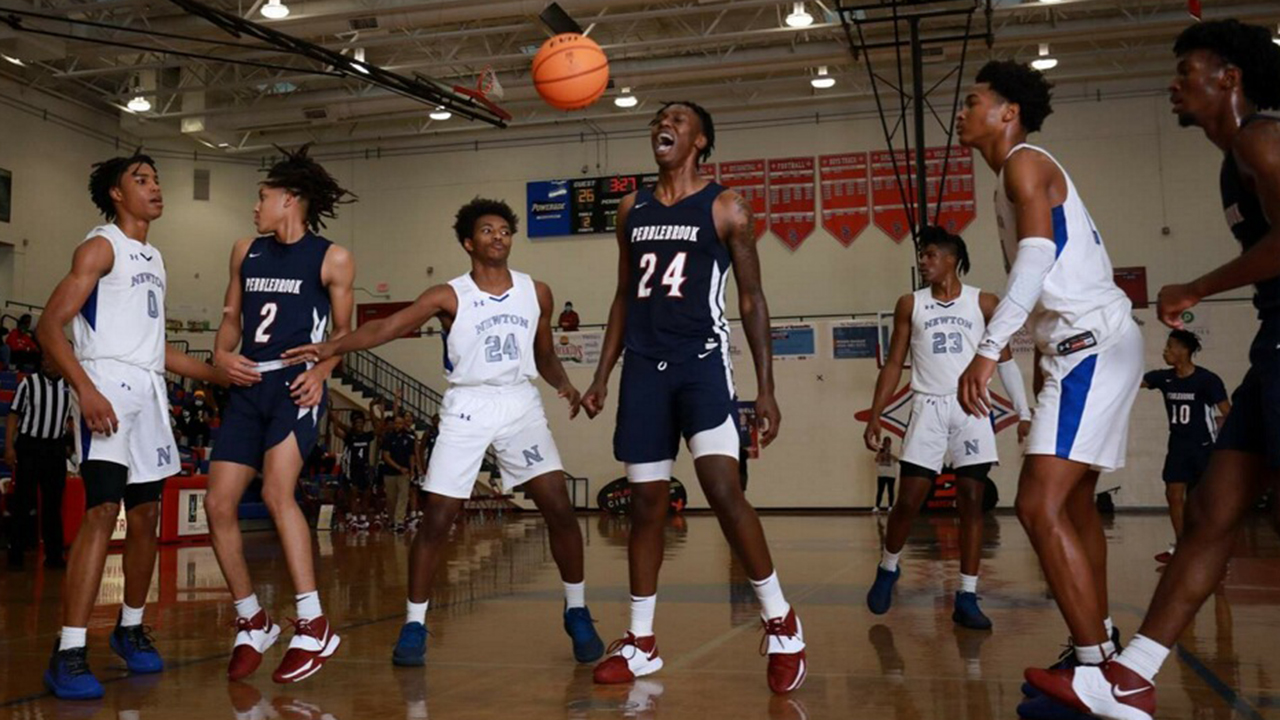 It seems that today’s game is dominated by quick shooting point guard or high-flying wings. At least that is how it appears in the highlights or on social media. The reality is that players like Shirley are the types of players that are the difference between wins and losses. The 6-6 forward does all the dirty jobs for coach George Washington’s squad. There is nothing flashy about Shirley’s game. He is all production. From getting steals at the back of the press, to crashing the offensive glass, to making the timely reversal pass Shirley is the ultimate glue guy. Shirley’s offensive skills are far from unpolished. He showed range on his jumper and made pinpoint hi-lo feeds in the half court set. He will be a quality value recruit in the late signing period. 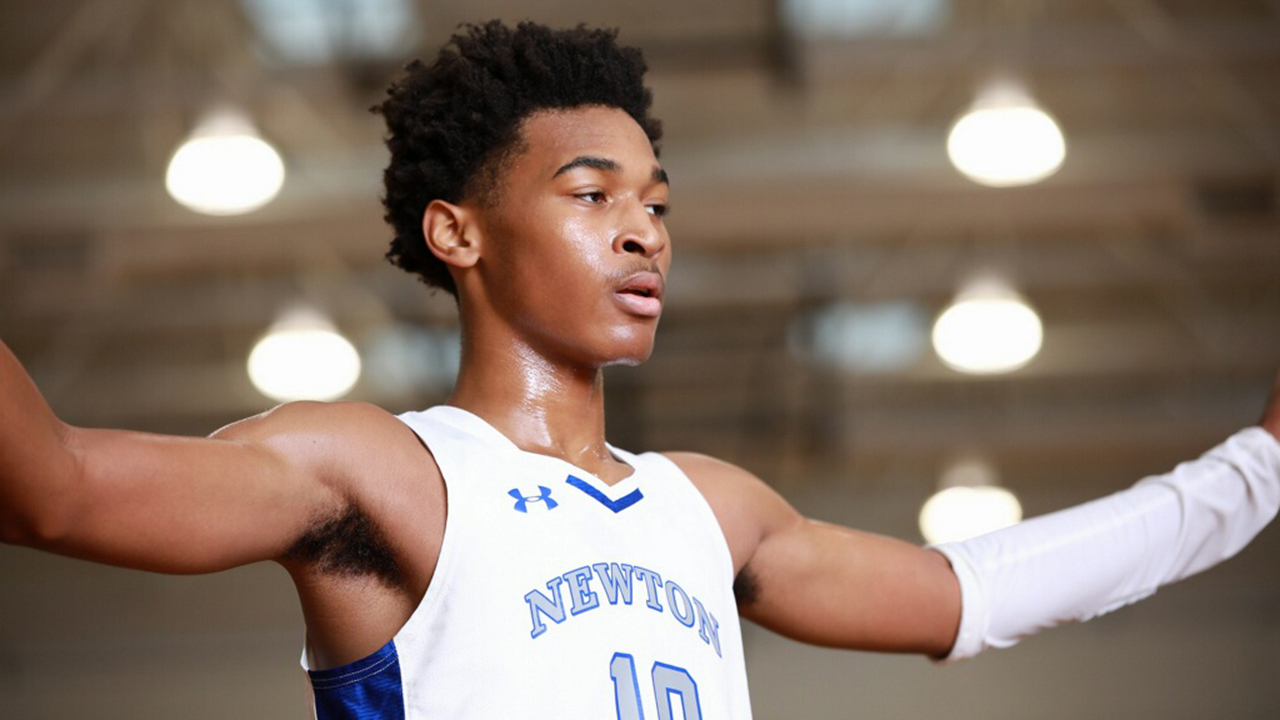 Things did not go as planned for Castle and coach Charlemagne Gibbons squad on Tuesday afternoon, but that does not mean that there is not still major reasons for optimism in Covington. Castle is a big part of that hope of future success with the Rams. The 6-5 wing has a lot of the tools you look for in a high-profile prospect. His strong physical frame and soft touch on the pull-up jumper immediately jump out as big attributes. With time and maturity expect Castle to blossom into one of the Peach State’s more highly touted prospects. 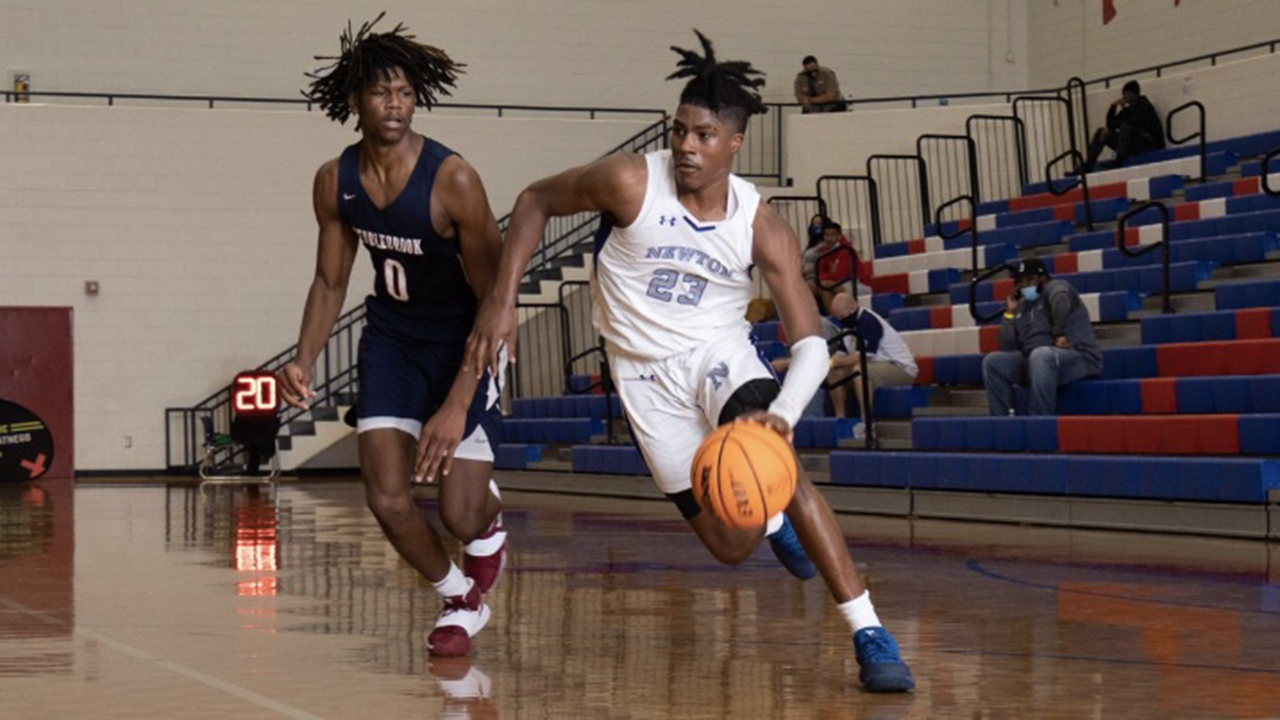 Clark projects to be one of the better scoring guards in the metro area this season. He scored 17 points against a Pebblebrook team that is stout in their defensive prowess. The 6-3 junior showed touch on his perimeter jumper and the ability to find the rim off the dribble. This combined with a well-built frame and things are pointing upward for Clark this season. Expect his game to go up another level as his team settles in around region play. 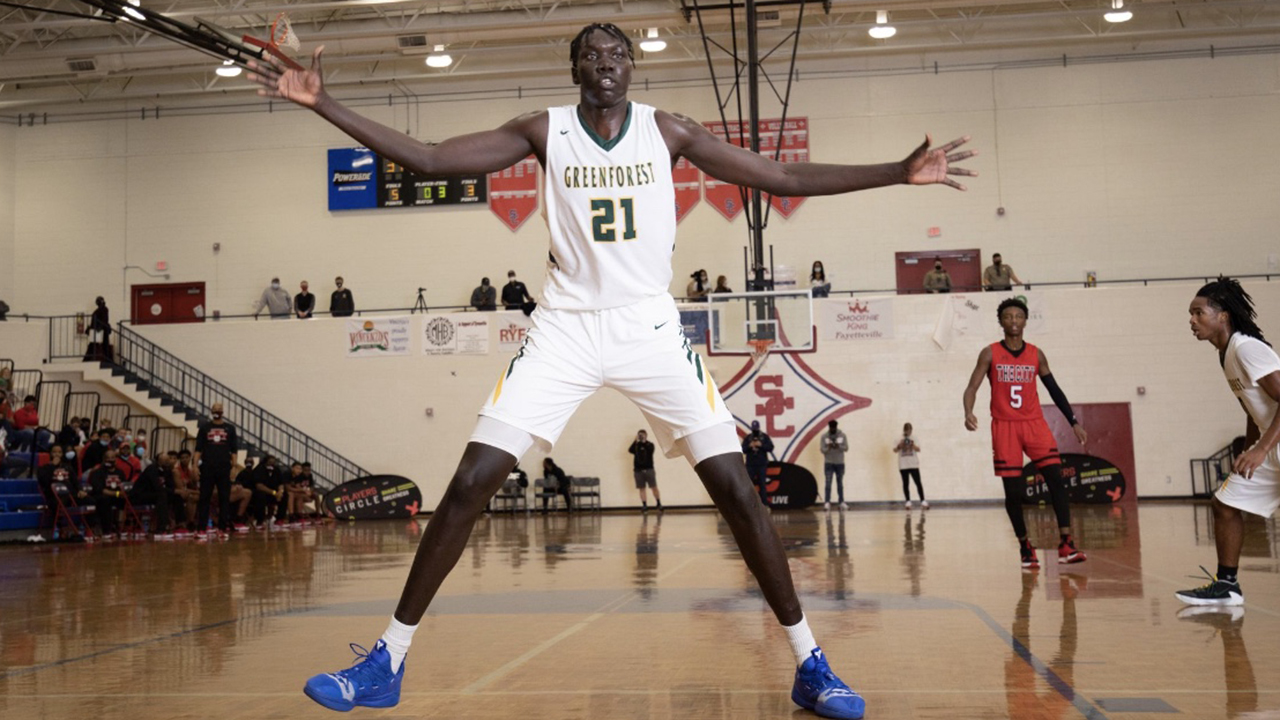 Chol is a 7-footer who has an advanced skill set. Normally big men do not really hit their physical stride until their senior year or until they are a few years into their college careers. However, Chol runs the court fluidly and can score over either shoulder in the post. He started the game versus Tri-Cities with two jump hooks, one over either shoulder. He can finish with authority at the rim and has good hands. Add in his obvious ability to affect the game by blocking and altering shots at the rim and Chol is easily one of the prospects in all of the Southeast. 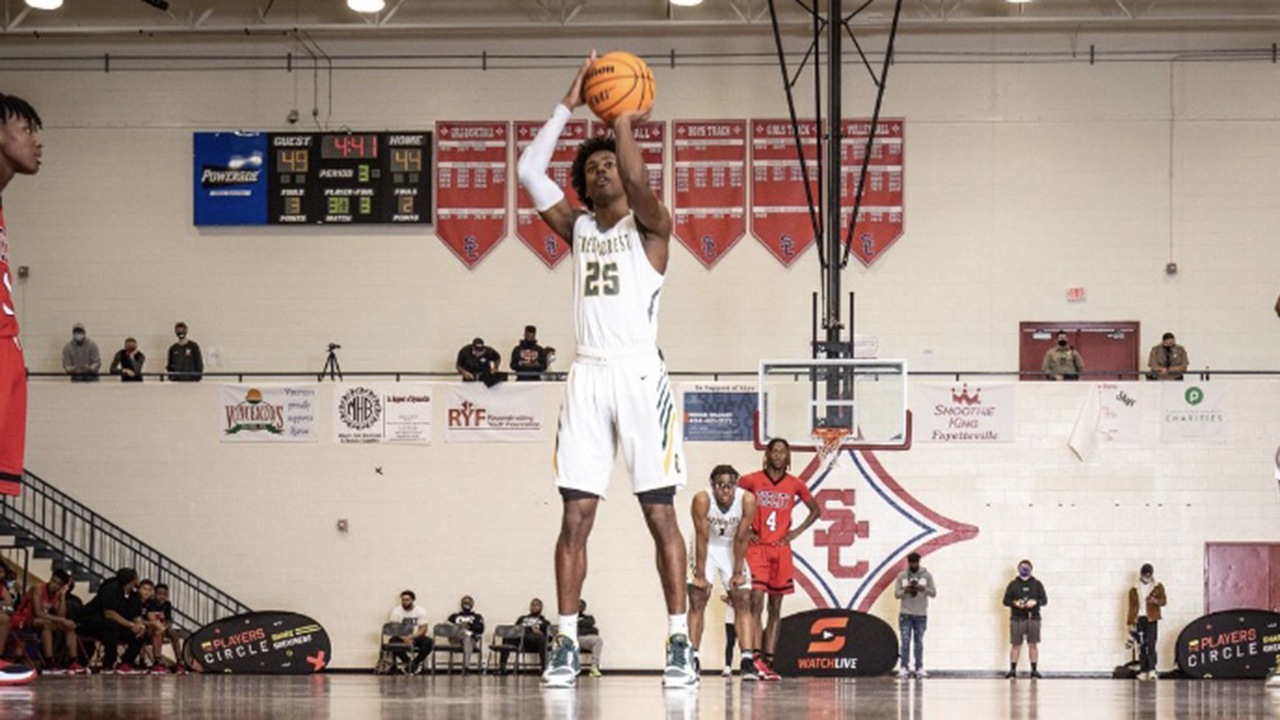 Not every off-guard can affect the game consistently. This is not true for Cromier as he finds ways to impact the game in several ways. In a match-up versus Tri-Cities, he finished with 15 points and made timely plays defensively to help his team to a victory. The lefty showed range to the arc, but also made an impression by attacking the rim in transition. 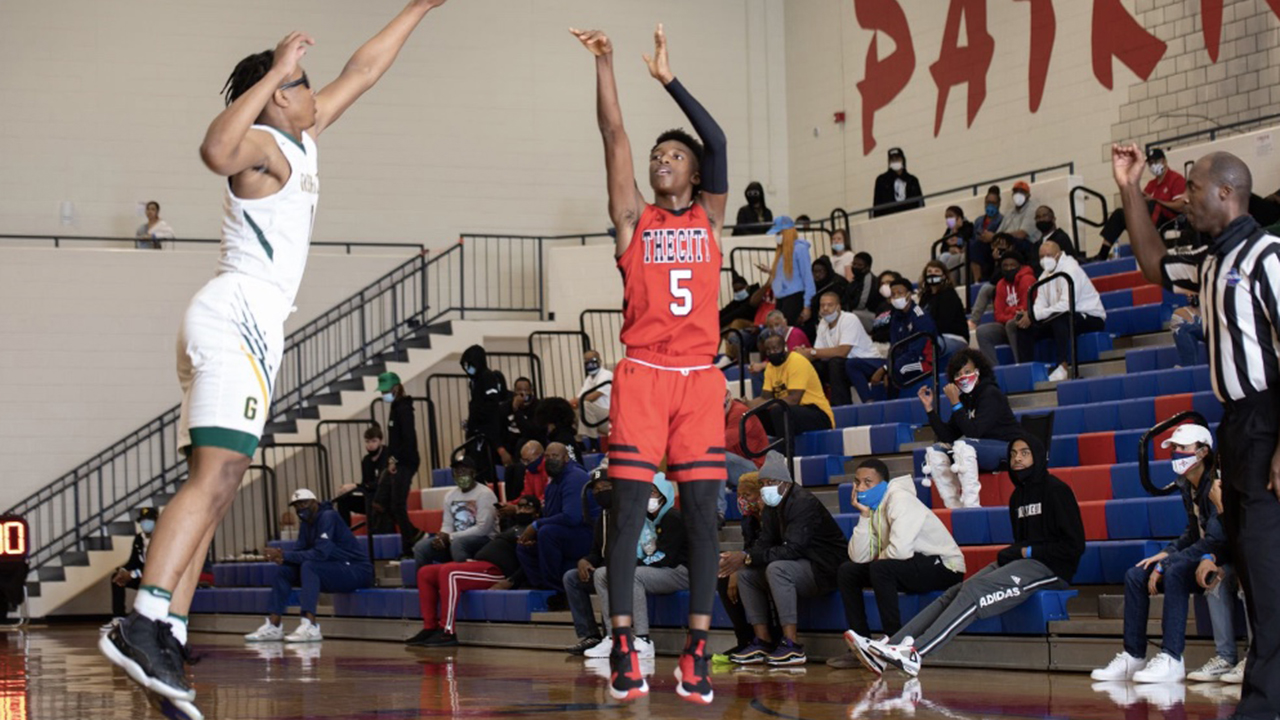 Cottle provides ball handling and leadership for coach Omari Forts team. He got off to a quick start scoring many of his points in the first half. However, it was his steadiness handling the ball that kept the Bulldogs within striking distance all game long. The junior also showed some surprising hops in transition as he threw down a dunk in transition. With Cottle at the helm, Tri-Cities should be a region contender for the next two years. 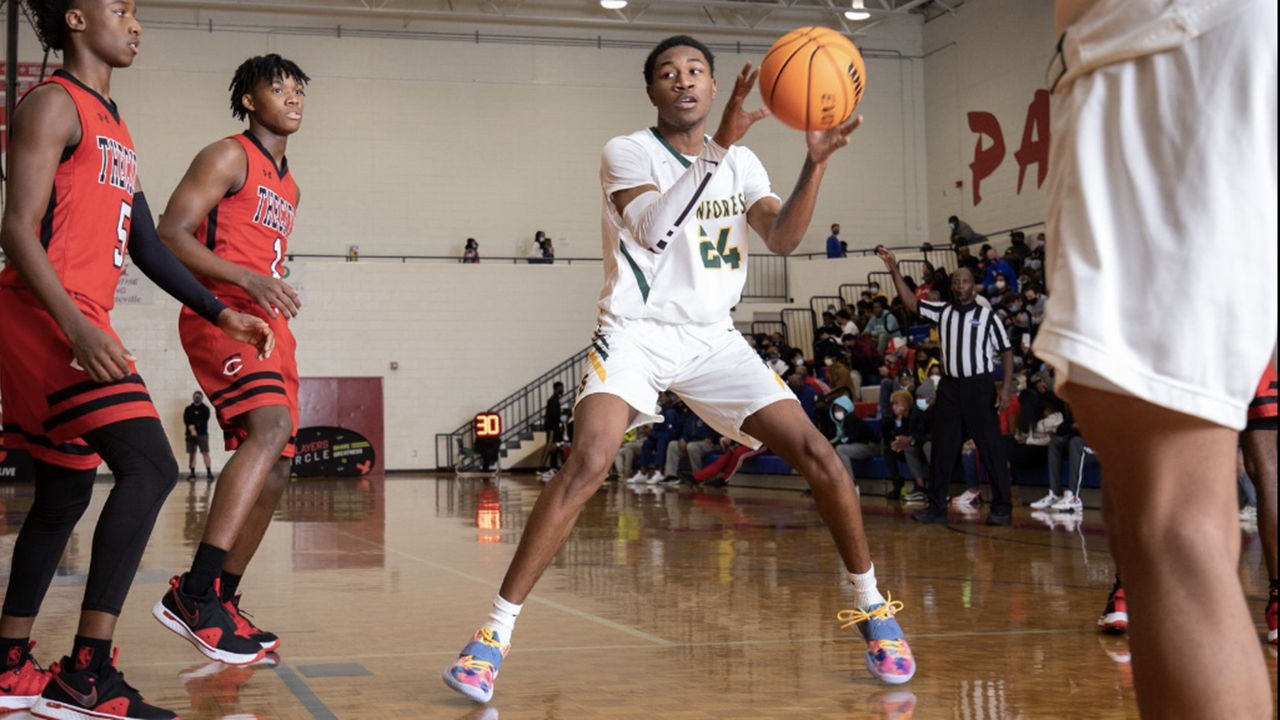 Jackson is a bigtime athlete who is headed to North Carolina A&T next year. The 6-6 forward can elevate and dunk off two feet, which is a big trait to have when attempting to finish in traffic. Playing alongside of Chol on the frontline is a huge advantage for coach Edward Ravenel. Chol often requires more than one defender, which opens the crease needed for Jackson to take advantage. 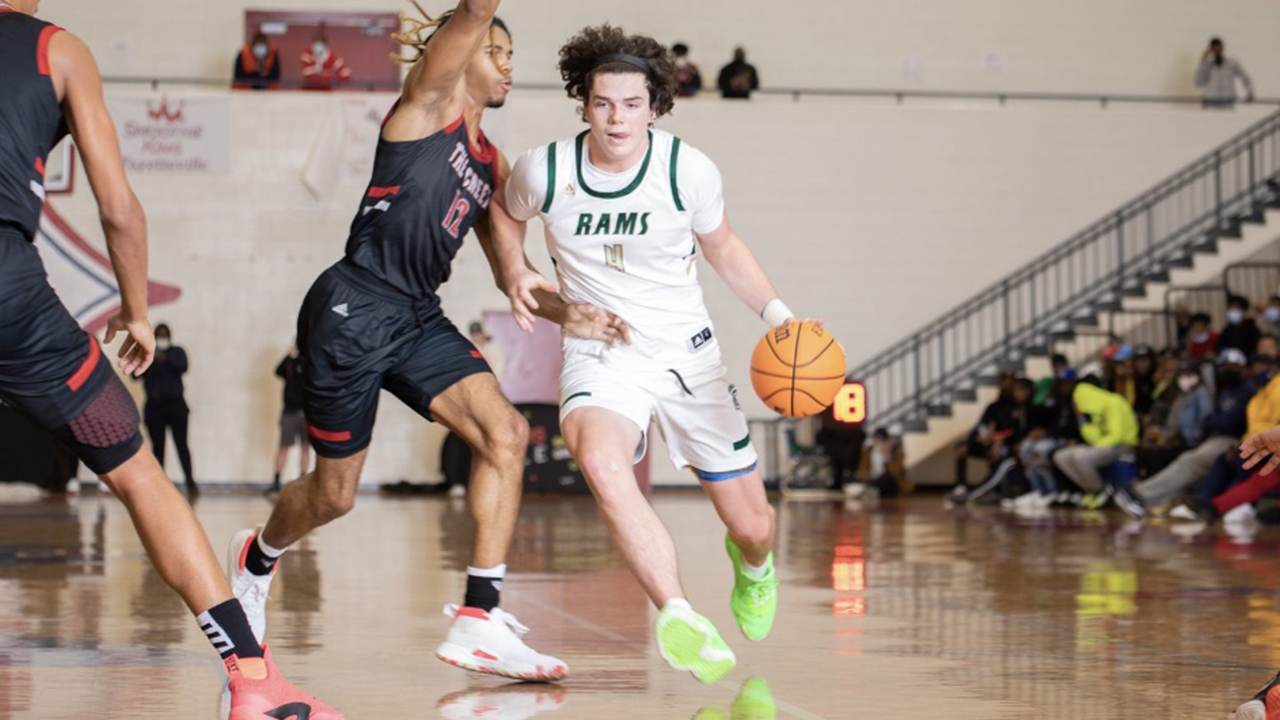 Schieffelin led the way for the Rams with 17 points and close to double digit rebounds. The 6-8 forward will transition to the collegiate level very well, because he can impact the game in several ways. He shoots the 3-ball, scores on the interior and can start the break with deep outlet passes. The Clemson bound senior has a Kevin Love-esque type of game. The Tiger fans should be excited to watch him for the next four years.

Kelly makes up the other half of the Ram front court that combined for over 30 points and more than a dozen rebounds. Kelly scored the ball efficiently around the rim and also showed soft touch on the short corner jumper. The 6-8 forward is headed to Charleston Southern next year and should provide immediate help on the interior with an upside to play in the trailer in the secondary break spot.