NORCROSS, GA – Back at it was OTR and its crew for the annual OTR Tipoff Classic at Norcross HS, and the slate of 6 games produced some top performances.

First with Part 1 of 2, Let’s dive a little deeper at guys who did the little things or emerged as key “Unsung” producers toward a successful season for their clubs. 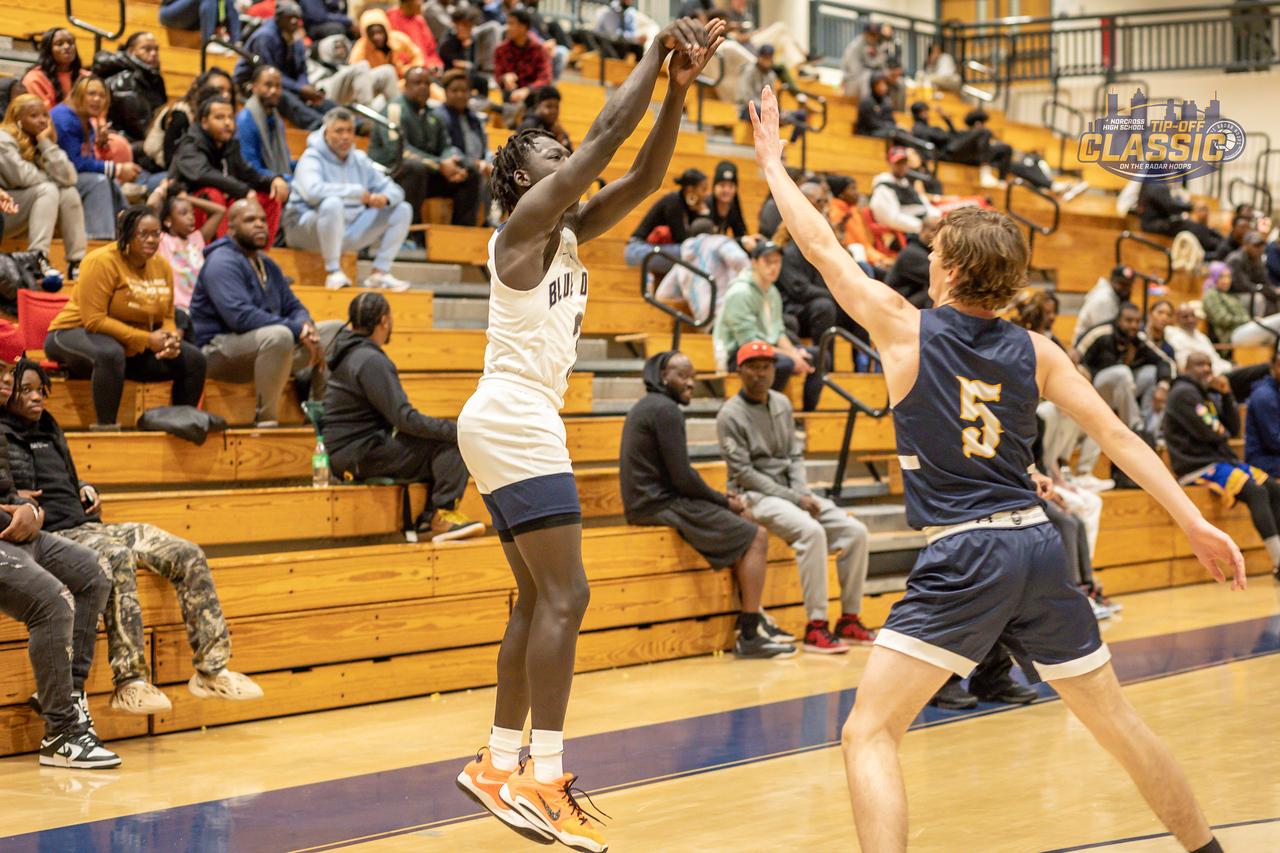 Far from just a “role” guy Panoam affects the game in so many ways, can be your primary ballhandler even with the addition of Bilal Abdur-Rahman to the backcourt, he can be an ace defender with length and the kind of explosive movement laterally and above the rim which allows him to guard multiple spots, and of course he can score in bunches with a large deal of it coming downhill at the basket and sometimes in spectacular fashion, obviously was a huge part of last year’s 7A title run and with new faces like Rahman, Mari Jordan and Toby Ojukwu added in his all-around play still holds a ton of sway for a repeat chance. 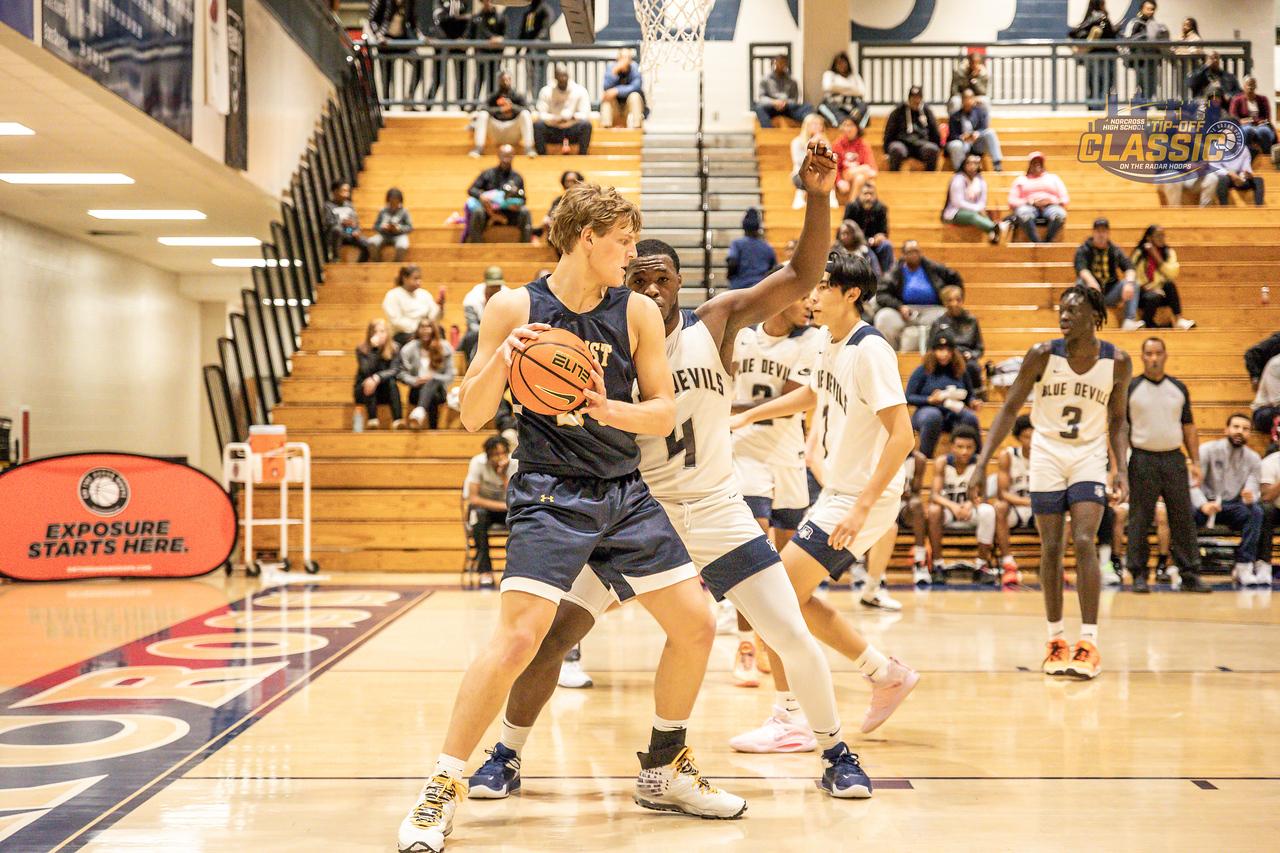 The War Eagles weren’t at full strength vs Norcross as SG Ben Ritger is dealing with an injured wrist and SG Luke Harpring hasn’t returned from the gridiron yet, Erickson had to battle uber-athletic frontliners Samarion Bond and Mari Jordan all game long and the kind of fight he brings to the court nightly has been regularly on display both over his time with Marist and in his hard spring and summer work as well, defends using a stout frame and a smart post approach and cleans the boards with hustle and additional smarts there as well, now up to 6A he will be a quiet key to any deep playoff run for this talented group of fighters. 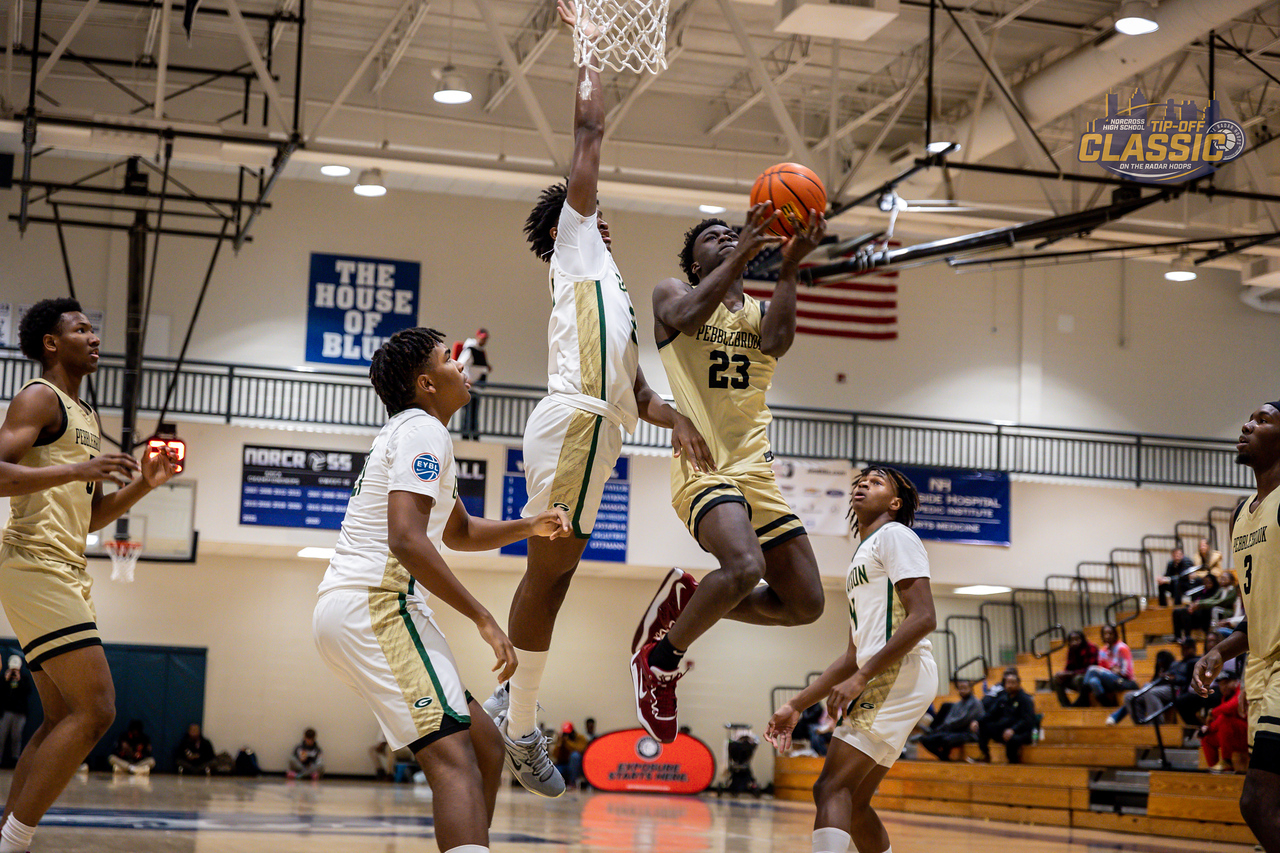 This Falcons roster will lean on the sterling play of Jaiun Simon and did so on Saturday night, but in beating a team the quality level of Grayson they had to look elsewhere at times for buckets and more of the kind of hard-nosed play we see from PBrook yearly, now a senior and all that guard talent in front of him moved on Holmes has a chance to show off some of the athletic ability that is obvious and timely shooting which he’ll need to give them, consistent reps with the ball in his hands will only reinforce his confidence I think and could be huge for a Falcons group relying on a short rotation early here in the campaign.

Like Panoam of Norcross it’s a stretch to think of Hyland as a role guy or unsung player with the kind of profile he brings to the Rams from his time at Lanier, he starred Saturday with a monster 4th quarter which saw him keep Grayson in the game vs Pebblebrook and almost pull it out for them, he’s added another gear to an already impressive speed package and the strength he’s added too has made him an even more tough stop getting as the rim, it’s all there for Hyland to continue his rise and be a huge impact player for what is primarily outside of senior Chad Moodie a still young Rams ’22-23 7A contending group 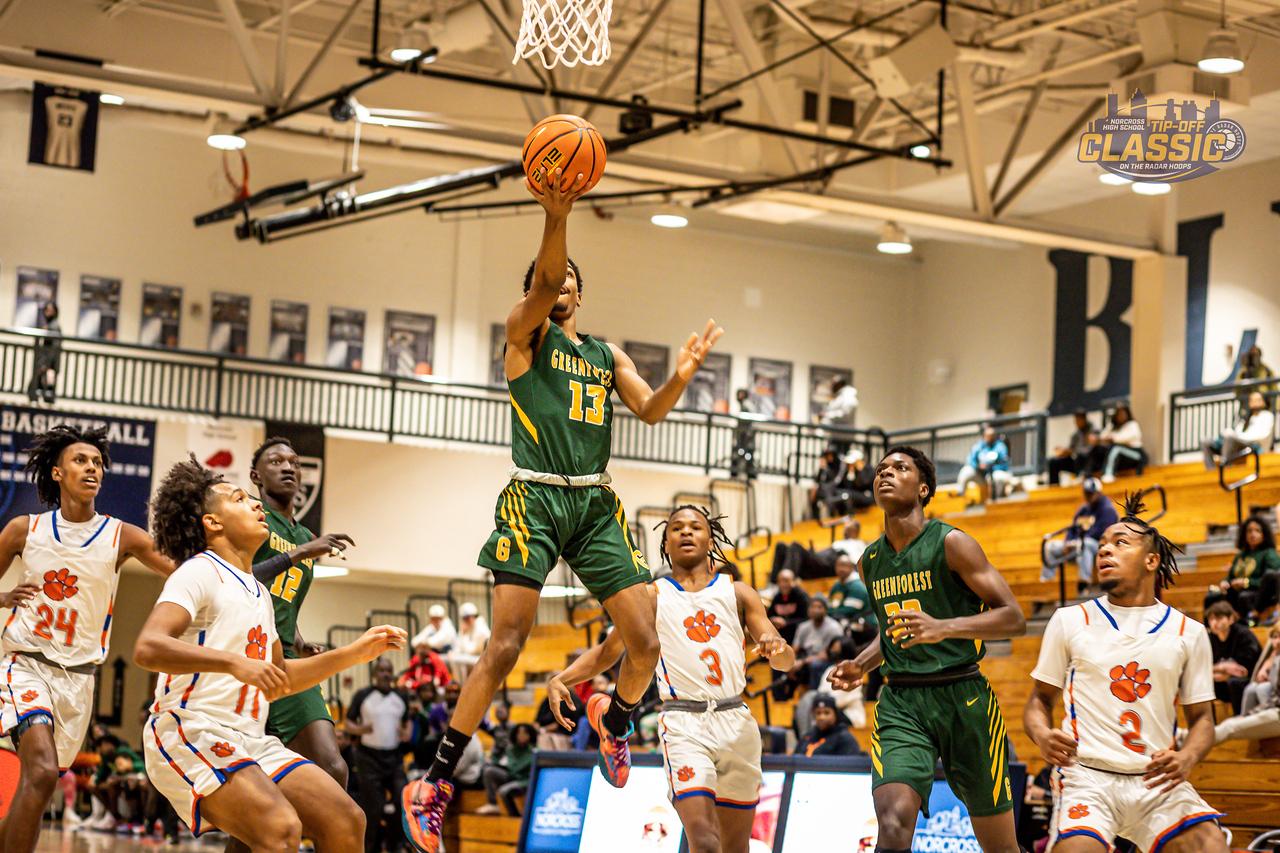 So much is rightfully focused on the two 7-footers Gai Chol and DK Manyiel from the Eagles but what’s quickly emerged this young season is how good and how valuable Lewis is to this team, alongside senior Isaiah Lloyd the two have filled what looked to be a majorly questionable void left by some departing seniors in their backcourt, Lewis filled it with production and sound play in an impressive Saturday night, he’s a fearless creator who thrives out in space while also being able to knock down the J from multiple ranges, he was a part of the rotation last year giving him valuable experience and looks to be stepping into a key leadership and energy role. 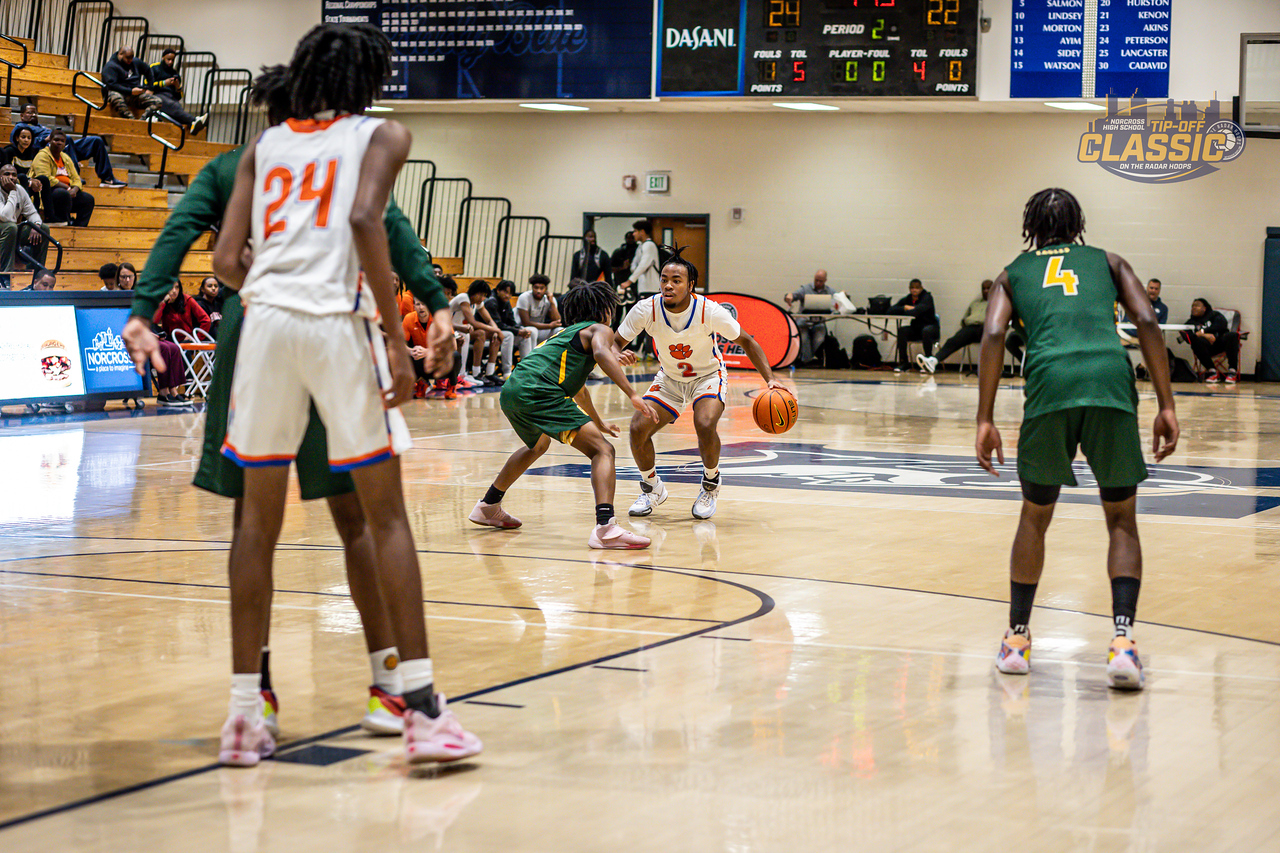 Speaking of big guys who draw a lot of attention the Panthers feature a pair of their own in 6-8 junior Adonai Mussie and rapidly rising sophomore Jacob Wilkins, but Holmes’ presence has clearly given this exciting array of athletes a foundation of both calm and diverse offensive play at the same time, Holmes is a deadeye shooter who takes care of the ball and is adept at finding his big guys for easy chances, this Parkview team has some excellent depth at guard behind the bigs and Holmes will be the engine to keep it all in line as this has the look of a team that can do some real damage in the potential surprise team department.