Class of 2020 post Hunter Dickinson of DeMatha High School is establishing himself as one of the nation’s best at his position. Photo cred – Jon Lopez/Nike

High school season is in full effect and so is #OTRHoopsReport coverage. This month our team has covered the National Hoop Fest in Maryland while also taking in several key Georgia match-ups. Here is a look at the prospects who made an impression during the month of December 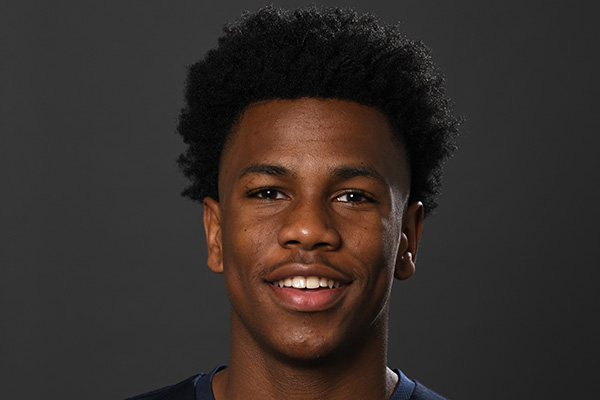 Roach showed why he is concensus top 15 player and one of the five best point guards currently in the nation. His ability to create plays and finish buckets makes him a 5-star prospect. At 6-foot-2, he has all of the tools that you would like to see from an elite player at his position. His 20 points and four assists in a win over Wesleyan Christian at the National Hoop Fest were critical.

Productive big men are a rare commodity. Identifying a player 6-10 or taller at a young age who can shoulder a large part of the offense as an underclassmen is even more rare. Dickinson, however, is demonstrating exactly that for coach Mike Jones. His performance versus Oak Ridge (FL) was dominating. He showed a polished back to the basket skill set while also finishing with power through defender’s bodies. Expect to hear much more from Dickinson on the EYBL circuit this summer with Team Takeover.

Ezikpe was one of metro Atlanta’s biggest stock riser’s this summer.  After signing with Old Dominion during the early signing period, the 6-7 forward is right back to making his imprint on the game. Ezkipe is powerful and a force of nature in the paint. However, his versatility is an area that continues to draw attention. Last Friday night in a match-up with region foe, Mountain View HS, he showed range to the arc while also attacking defenders off the bounce. He scored 17 points and 11 rebounds, which seems to be a regular stat line this season for the Titans.

The week ended much better for Rodgers and the Bears than how it started. The Troy commit connected on three straight free throws with two seconds on the clock to squeeze out a one point win over Discovery. This came after he was unable to convert on three free throws in the exact situation versus Collins Hill earlier in the week. Rodgers, a well known long range bomber, is also showing athleticism at the rim this season. He finished with 17 points versus Discovery and then scored 26 points versus Newton County on the next night in a win.

Just Beneath the Surface

When looking for the next prospect who could be ready to pop in the Atlanta area, keep an eye on Walker. The 6-4 point guard showed savvy and skill in a match-up versus Mountain View. He hit a critical 3-point shot with under a minute in the game to give the Titans a lead. He is a player who is merely scratching the surface of his potential. He finished with nine points, six rebounds and four assists in the game.

The left-hander showed glimpses of his potential in a game versus Discovery. He is a smooth slasher who can get to the lane in any match-up nightly. The range on his jumper is also consistent as well. While the Bears are senior heavy with experience, Alleyne is positioning himself to be the featured player of the program next season.