Many of the top middle schoolers in the state of Georgia and surrounding states were on hand at the Junior Elite 100 Camp.

Atlanta, Ga. – The Junior Elite 100 Camp brought together some of the best talent in Georgia and surrounding states. In hopes of giving players in this area the most amount of exposure possible, evaluators from the OTRHoopsReport.com were on hand to document the action. Here is the first look at the standouts from Saturday afternoon: 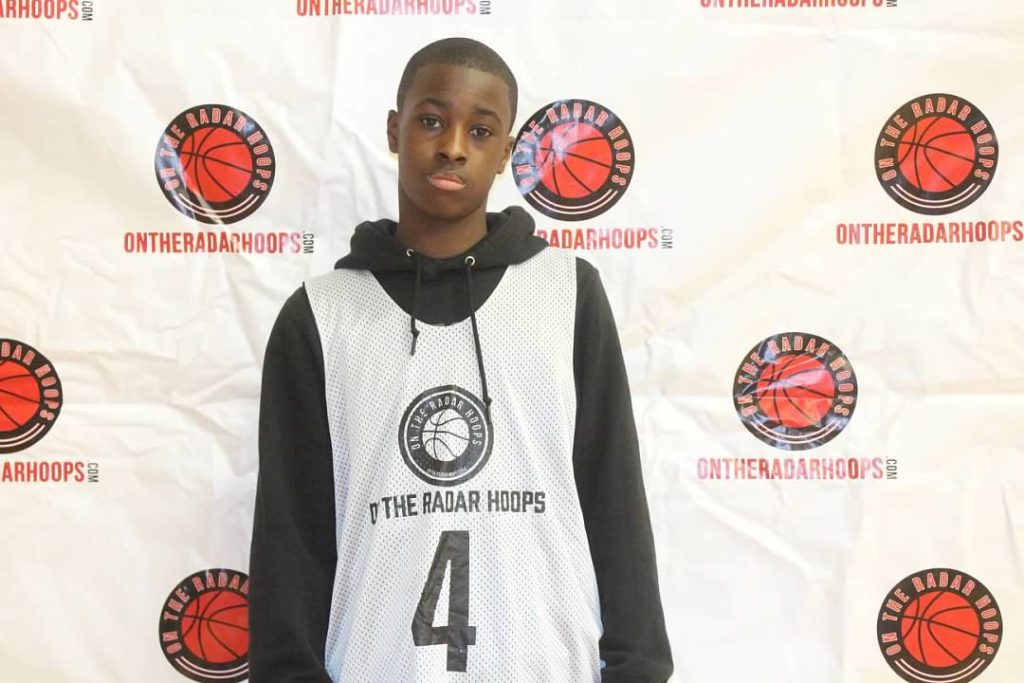 Kory Mincy– I left very impressed with GA Impact guard Kory Mincy. Mincy is a scoring combo guard who is best with the ball in his hands. He has tons of moves and seemed to be the most suited for the one on one stations with his step back moves and dribbled counters. Mincy can get his shot in space or in a crowded lane full of defenders. He’s quick enough to get downhill to the lane and drop off comes to open bigs. I expect Mincy to be a premier guard in the coming year as he continues to grow and progress. A solid shooter as well, there aren’t many gaps in his game right now.

John Greene– The Alabama native came to Atlanta and left our staff with quite an impression. Green is a 6 foot combo guard is a natural scorer in the open floor. In space Green can get by defenders with his shifty dribbles and finish inside with his surprising bounce off the floor. I was impressed with his effort on the defensive end. He sits down and takes pride in keeping players in front and going on the other end handing out buckets from all over the floor. I would like to see him shoot it more from outside and develop that consistent stroke, but his athleticism and quickness keep him inside the lane drawing contact racking points up at the line. 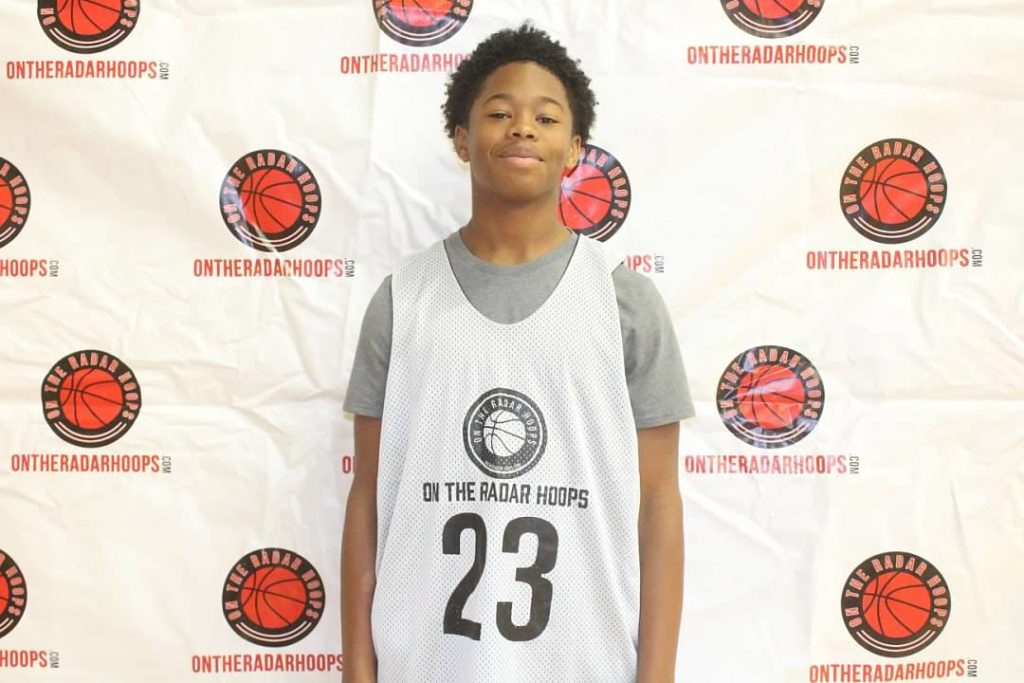 Amon McDowell– Coming into camp, I knew nothing about Amon McDowell, but that shortly changed once camp for underway. in the one on one stations, he just couldn’t be stopped. Too big for small guards and too quick and strong for bigger guards and forwards to contain. McDowell is strong and can play either wing position and add scoring immediately. He’s got good size at 6’1 and has a strong frame which he knows how to use, shedding defenders as he drives the lane. McDowell is strong and can attack the rim but you still have to respect his ability to shoot the ball from the outside.  He can run the break in transition and make decisions to score or find teammates, and also finish through contact for and-1 finishes. I left impressed by McDowell thinking he deserved to be one of the top performers from camp. His activity on both ends and his knack to find the ball kept him scoring positions.

Devin Moise– Devin is one of the younger kids on the list but he could hold his own and produce on the floor. The 6’3 7th grader has tremendous size already and has a good feel for spacing and finding open windows when guards attack the lane. Moise has great hands, I didn’t see him fumble many passes and also has soft touch inside. He found his way into plenty of short bunnies that most players would miss, but not him. The ability to score in the paint and finish plays is big for a young mobile forward like Moise. Eventually those layups and floaters turn into dunks. He’s young but talented with size and understanding for the game, his ceiling is unlimited.

Jaylan Samford – Samford is another one of those guys who stuck out to me at camp from the jump. He looked comfortable during all the skills and drills portions and was more impressive in the one on one station. Guards have a tough time keeping him front. He has good footwork which moves defenders and a quick burst to get by on his first step and make plays in the lane. I didn’t see him shoot it from deep too much but he can get to the painted area for finishes or midrange floaters. Samford has a high ceiling, he’s got good size, quickness, and the ability to go downhill with either hand. 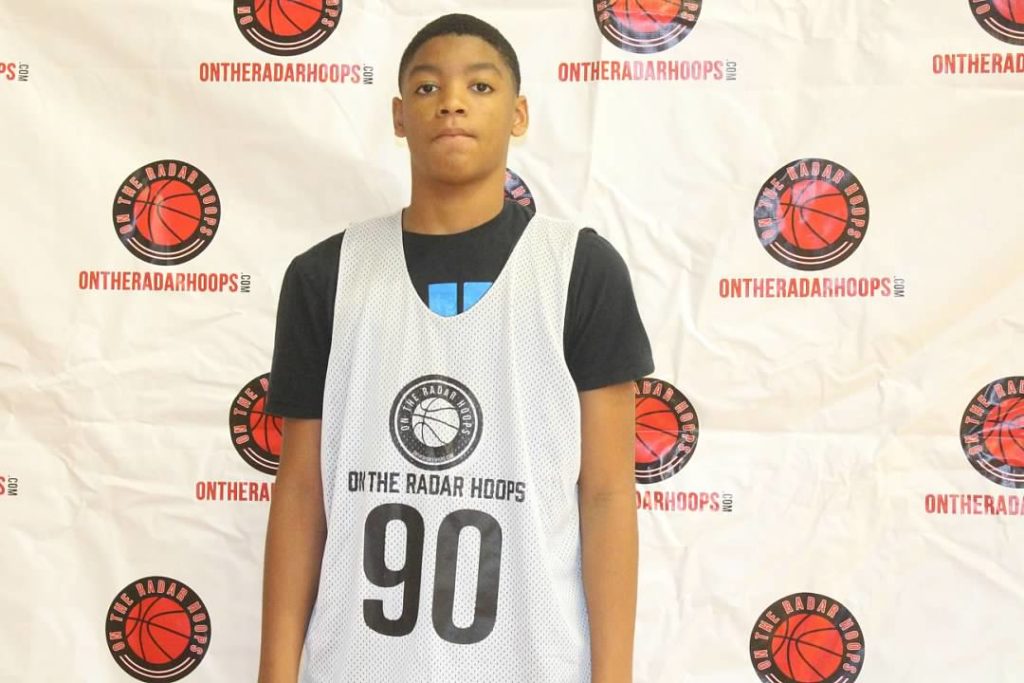 David Freeman– You won’t really hear or see David Freeman saying a whole lot on the court but you do notice, he just scored again and again. Freeman is your typical combo forward who can play inside or out on the wing with his size and versatility. He can drive defenders to his dominant hand and finish over players with his size and shows good footwork in traffic with pivots away from defenses to create separation for floaters or fade ways. Freeman can get inside the lane and scrap out rebounds to push the break or run the lanes to spot up for easy catch and shoot 3’s. He has a good touch on his jumper and doesn’t need long to get it off. In the midrange or high post area, David can hit the short jumper or make a play off one or two dribbles with either hand. Freeman has a ton of upside as a big wing or pick and pop 4 who can guard multiple positions and be productive on the offensive end without needing the ball in his hands all the time.

Nnadozie Onycrumbs- Another young big man similar to Moise, Nnadozie has good touch and mobility inside the lane. He can rebound in space and push the break for easy layups. At 6’3 already, Nnadozie has the size to effect shots and deter small guards from coming his way. He can finish inside with touch off the glass and doesn’t shy away from contact. Still a little offensively raw, he can add depth in the front court to bring rebounding and scoring off offensive rebounds. I was impressed with the young big man and his motor on both ends of the floor. Another 7th grader who has a chance to make his mark on his class early as he continues to develop.

Cash Watkins – Cash Watkins is a good player when under control. He can keep defenders off balance with shifty moves and attack the lane for layups and put pressure on defenses. From the outside, he has a good shooting stroke with touch and doesn’t miss many shots when open. He is a smooth scorer who doesn’t jump out at you but could easily have double digit points when the game is over.

Yusef Bowyer – Bowyer is only a 6th grader but you wouldn’t be able to tell without looking at him. His game is mature and he has a good IQ when playing with other players who can score. He is a knockdown lefty with a good jumper from deep or a soft floater over the top of big defenders. His IQ and shooting ability put him apart from most his age, excited for him progressi on as he ages.

Jaiun Simon– Jaiun is a big forward with good hands and mobility for his age. He can rebound over players and finish through traffic. He can be a load inside at times with his ability to control the glass and alter shots in the paint. Simon has potential to be a good combo forward or stretch 4 with improved handle and shooting. 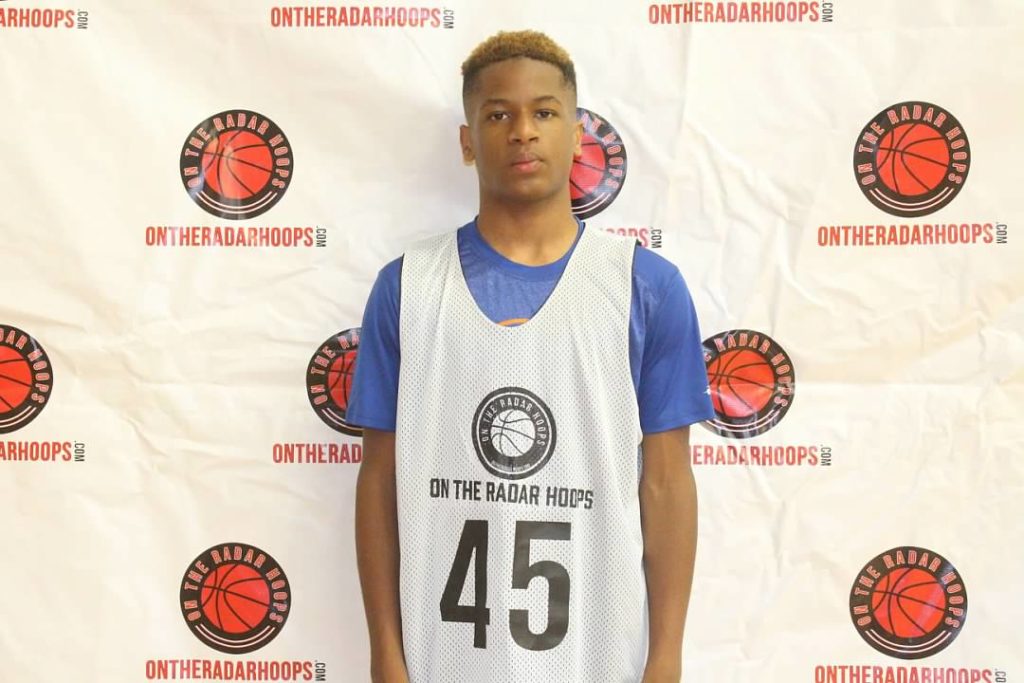 Antone Johnson Jr.- Antone is a strong combo forward who can make plays with his activity and motor. All camp long he put himself in positions to be successful. He always crashed the glass, played the passing lanes, and was constantly moving on the offensive end which led to put backs steals and easy layups for him.

Lavorous Richardson – Lavorous is a versatile forward who could potentially be a force in his class. He has good size and can handle with either hand making it easy for him to play anywhere on the floor. He’s young but already big enough to fit in on the floor with older players and had some impressive dribble moves in tight spaces to free himself for driving lanes.