Atlanta, Ga., – Finding a way to play top talent while also getting quality exposure is a tough proposition for younger players. However, the Atlanta Invitational provided that exact formula. Here is a look at some of the stars of tomorrow who got the foot in the door in front of OTRHoopsReport.com evaluators. 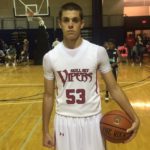 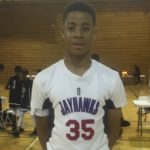 Gabe Ferguson of the Orlando Jayhawks

Ferguson is a long armed forward that has a good basketball IQ and hustles whenever he is on the floor. He is a good offensive rebounder and he gets your attention with his quick put back baskets. Ferguson works pretty hard on the defensive end as he tries to deny the ball into the post and he displayed enough quickness to release from his denial position and make a play on the ball.

Armandi is one of the more intriguing forwards that was in attendance for the Atlanta Invitational. He has a good frame with long arms and broad shoulders. His skills are quite good in the paint area and he has a real knack to score underneath. He utilizes the drop-step very well and he has very good hands.

One of the top shooters in attendance for the Atlanta Invitational, Igou showed the ability to stretch the floor as he consistently knocked down the deep ball. He does a good job of moving without the ball where he is able to find open holes in the defense, where he sits down and is ready to shoot. 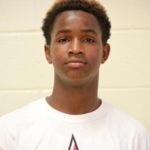 Blount is a strong and physical small forward. He can score inside and out with his strength and athletic ability. He is good rebounder on both ends which is a huge asset to his game and an excellent passer especially from the high post area.

Watson has good ball skills for a player his size as he has no problem handling and passing against pressure. He is a capable shooter from the perimeter, with legitimate three-point range, and he has the ability to slash to the basket with one or two dribbles to get to the basket.