Dwon Odom was a standout at the Atlanta Invitational. Photo Cred: Kemi Griffin

Atlanta, Ga., – Finding a way to play top talent while also getting quality exposure is a tough proposition for younger players. However, the Atlanta Invitational provided that exact formula. Here is a look at some of the guards who shined in front of OTRHoopsReport.com evaluators.

This very athletic guard is strong and excels in transition. He sprints the wing and can get to the rim with his speed and quickness where he is an above the rim finisher. In the half court Pittman displays good ball handling ability when he slashes to the rim from the wing or along.

Odom was in full attack mode the entire weekend, He has a quick first step and when the defense recovers he stopped where he finished with a jumper or floater. Odom was in the zone as slashed between defenders and finished at the rim. He has the ability to put up points in a hurry. Odom is one of the top eighth grade guards our staff has season this season. 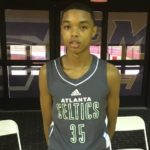 Boston excels as a shooter from the perimeter and his accuracy from outside serves to stretch defenses, which opens up driving lanes for slashers in addition to providing space for big men to operate in the paint. He is very comfortable shooting off the catch and he has range out to 25-feet. He also does a good job as a spot up shooter from the mid-range area of the floor as well as from the land of three. 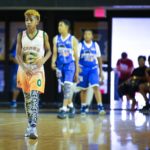 Zocko Littleton of the Georgia Canes

This fearless lead guard did a terrific job running the team, making good decisions and taking care of the basketball. He is a scoring point guard that shoots the ball well on pull up jumpers in transition or off of ball screens. He is a good passer that understands how to draw the defense and pitch or  feed the post. 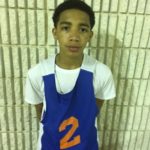 Rice pushes the ball and attacked the lane when the transition defense falls asleep. He has a good basketball IQ and the confidence and scoring ability to put up big numbers. He can drive, draw and kick when he draws multiple defenders.

Farias has good leaping ability and athleticism. He utilizes his natural gifts most often on the offensive end, playing with a great deal of energy and enthusiasm. Farias has a very quick first step and can get to the rim with relative ease. Once in the paint, he is a threat to finish above the rim at any time, due to his leaping ability.

Durr is a true point guard with a good feel for the game. He has the ability to run the team and get others involved. He has good size and can pass over smaller guards with ease. He can make open mid-range shots off the catch or dribble and can get to the rim. 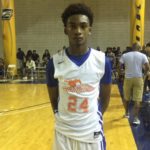 Longstreet is a very smooth wing that is long and athletic. He is a good ball-handler that can drive and slash with either hand and finishes with great touch and body control. When his feet are set he can knock down the three. Defensively, he has the ability to guard multiple positions on the perimeter.