Available forward Kendall Lewis showed why he is one of Georgia’s best at the OTR Tip-Off Classic. Photo – Ty Freeman

Norcross, Ga – The 7thannual On the Radar Hoops Thanksgiving Tip-Off Classic brought in sixteen teams from the metro Atlanta area under one roof at Norcross High School for a full day of action-packed hoops. The event didn’t disappoint as there were overtime games, last second game winners, and great competition throughout the entire day. Colleges coaches, fans of teams, and several media outlets poured into the Nike Elite High School with plenty to take away by the end of the day. Big time Georgia prospects like Brandon Boston, KD Johnson, Kyle Sturdivant, and Brendan Tucker made the event a must see however there were several athletes that enjoyed great performances from those people weren’t as familiar with going in. These were other players that had notable days on the court and for most, helped lead their team to victories in their respective matchups.

Versatile is the one word that I would choose when summing up Lewis’ game. He was able to do multiple things on both ends of the floor in their matchup against Langston Hughes as he, along with senior Toneari Lane, were two significant reasons the Generals came away victorious. Lewis has good size at 6’6” and has a good-looking stroke from the perimeter as he knocked multiple down from the corner in the second half. I loved the way Lewis was able to put the ball on the floor to finish at and above the rim particularly in the 4thquarter. Lewis has good athleticism to defend and used his length to remain active on the offensive glass, creating more possessions for scoring opportunities late. He is a prospect that should not be overlooked moving through his senior campaign and someone Shiloh will depend on as they move throughout the season.

The lefty from Langston Hughes was impressive in how he was able to get to his spots on the floor all game against Shiloh at the On the Radar Tip-Off Classic. The mid-range area was kind to Morgan has he knocked down multiple mid-range jump shots and had impressive floaters in traffic. Morgan was also aggressive on his way to the rim has good body control to finish through contact. The senior Panther possesses good size and is a very good cutter off the ball which helped in his 21-point offensive output Saturday night. 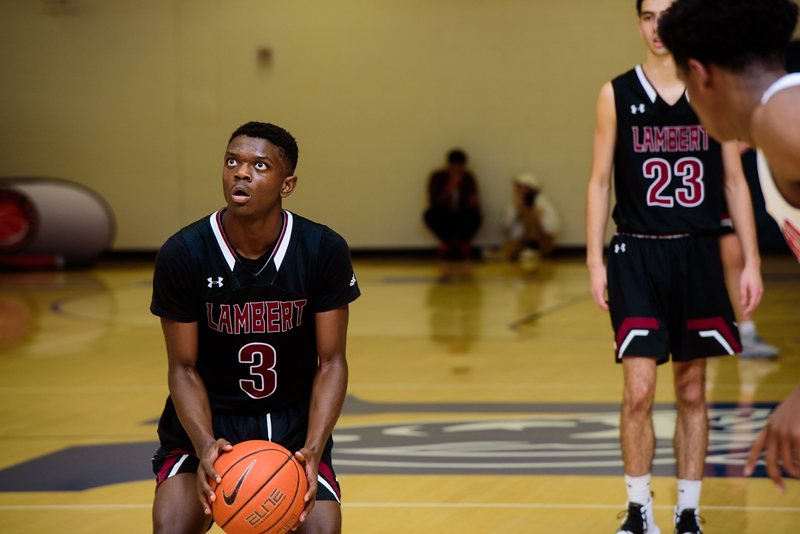 Beaty is a speedy combo guard that showed a lot of tenacity on the defensive end. He picked up consistently at half court, making life difficult on Woodward Academy guards in their attempt to initiate offense. Beaty got it done on all three levels offensively, finishing strong attempts at the basket, floaters in the lane, and knocking down a dagger three pointer in the second half. Beaty, simply put, was one of best two-way players at the Tip-Off Classic and enjoys playing the game consistently on a high level as he chipped in with 17 points in a win for the Longhorns.

Clyce was one of three sophomores in the starting lineup for Coach Washington and the Falcons as they came away with the victory against Cedar Shoals. Clyce was very active on the glass, converting on many attempts in the lane on his way to a 16-point output. Clyce can handle it when getting to the rim, looked good in transition and has a mature 6’6” frame to only be in his second varsity campaign. The ceiling is high for the sophomore wing and his showing at Norcross this past weekend gave spectators a glimpse of what is to come the next two seasons in Mableton, Georgia.

Champion came out hot in he and his team’s matchup against Woodward Academy as he led all scorers with 14 points at the half. 12 of those 14 points came from behind the three-point line and what was equally impressive was his ability remain within the offense while getting his shots. Champion has Division I size 6’7” with long arms and a quick release on his shot which allows him to score points in bunches, even when shots are contested at times. Champion is a gamer and proved so once more at the Tip-Off Classic.

Alexander was very efficient in his play for the Patriots in their win against Lithonia. Sandy Creek teammates TJ Bickerstaff and Jabari Smith enjoyed excellent afternoons, but I thought the consistent play of Alexander got the team through tough scoring stretches and ultimately helped Sandy Creek walk away with the win for Coach Nickerson. Alexander at 6’2” can handle the ball, run the show to get the team in their sets, and was a shot maker from three-point range as well.

Like Alexander, Tatum was a glue guy for the Rams and was a major contributor on this day that many hadn’t seen before the Tip-Off Classic. Tatum has a quick first step and used that to get to rim and free himself up for jumpers. He finished with 10 points and was one of three Rams in double figures in their win over Dacula. The senior leadership that Tatum can bring to a relatively young squad should pay dividends for Coach Pierce as they move through the non-region portion of their schedule. 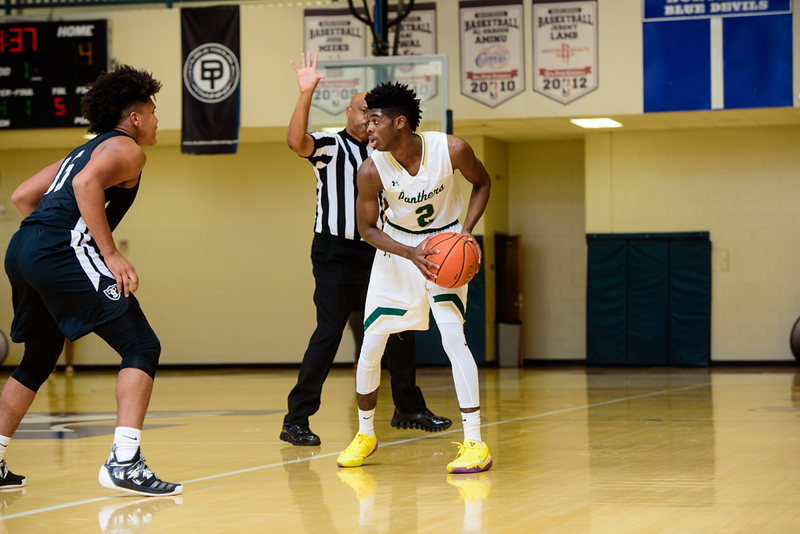 Carter Jr. and his shooting ability were on display Saturday at the On the Radar Hoops Tip-Off Classic. Shot making off the catch from three which ultimately opened his baseline drives, Carter helped spearhead a second half comeback in a loss to Shiloh. I was most impressed with Carter Jr.’s turnaround jump hook close to the basket as you don’t see many guards with that weaponry in their arsenal; however multiple baskets from that area makes the junior guard that much more dangerous on the offensive end.

Donta Elbhart is a contributor to On the Radar Hoops