Over 125 prospects were on display for the South Atlanta Fall Showcase.

Atlanta, Ga – The 2017-2018 high school basketball season is less than a month away and student athletes around the state are using every opportunity to make this season better than their last. Over 125 prospects made their way to Clayton State University for the annual South Atlanta Fall Showcase hosted by EYA Sports and founder Brad Martin. The showcase featured names that have circled around the state for some time, but there were also unfamiliar faces that made names for themselves as well. Here are some of the prospects that stood out in one of the last showcases before the high school campaign commences. 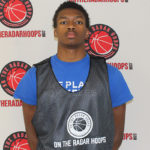 Williams, who also impressed at On the Radar Hoops’ Super 64 Camp last month, is a smooth south paw prospect that was comfortable playing fast in every game of scrimmage competition. He has a consistent midrange jumper and used his speed to get downhill where he finished in traffic and on the break. He made good decisions with the basketball and had no problem getting other teammates involved in scoring positions. DJ has interest from the Naval Academy.

Guenther jumps out from other prospects simply off his height alone. However the 6’7” wing showed his 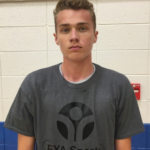 ability to put the ball on the floor in both transition and half court scenarios. He has a smooth shooting touch and often got into the lane and used former Duke Blue Devil Luke Kennard like footwork to create separation for uncontested mid range attempts. Guenther rebounded the ball well on both ends also. Cole has received interest from Wofford, VMI, and Austin Peay.

Jones was true floor general when he stepped between the lines at South Atlanta Showcase. He plays with great pace, mixing up speeds and made several exceptional passes to teammates for easy scores. He played on a balanced squad during scrimmage play but found ways to take and make good shots on all three levels of the floor. 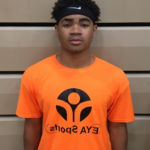 This is a combo guard that played on the wing for the majority of the scrimmage action at South Atlanta Showcase. His athleticism is something that couldn’t go unnoticed by the camp’s conclusion as he remained aggressive in transition finishing at or above the rim on a number of occasions. Jeremiah is a productive two way player that can really light it up on the offensive end once he gets going. He will be one to look out for this season on a talented Holy Spirit Prep team looking to defend their state title in the GISA division.

Denk made his presence known in the paint on a consistent basis at South Atlanta Showcase. At 6’9” Denk rebounded on both ends, converted on second chance opportunities, and showed some offensive skillset around the basket on a few occasions also. An underrated skill that I saw from Denk was his ability to corral the defensive rebounds and get it to a guard quickly on a good outlet pass to lead the break. He runs the floor with ease and had nice finishes above the rim in drill work early on in the day.

Reddish is a guard with great size and strength, using that ability to slash into the lane with consistency. He had one of the nicer handles on the basketball at South Atlanta Showcase and used those skills to break defenders down one on one to get into the lane for assists and scoring opportunities. He has great body control around the basket and can get it done on all three levels offensively. He is an exceptional athlete and like Denk had a number of above the rim finishes in the skill work portion of the afternoon. 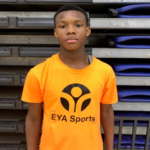 Daniels, only a freshman, fit right in with the upperclassmen at South Atlanta Showcase. He has the ability to impact the game on both ends and isn’t afraid to go at defenders while he’s on offense. He was another prospect that played on a solid team this past weekend and looked comfortable with the ball in his hands or moving around without the ball, making it easy on his point guard for those possessions. He has a high IQ for the game and good size for his age to rebound and do some of the “dirtier” work amongst older competition.