Josh Jackson showed why he is consider the top player in the country at the USA Basketball Mini Camp.

COLORADO SPRINGS – The USA Basketball Developmental Mini-Camp brought together the top prospects from around the country for two days of skill stations and game play. Like the play on day one, the second day was packed with highlights and competitive game play.

In a league of their own

Many have regarded  Josh Jackson as one of the top players in the junior class. Jackson is a pure scorer who is capable of getting buckets from anywhere on the floor. He is quick off the bounce with a tight handle and he has great body control in the lane where he can finish either above his man or around multiple defenders. He has a quick trigger and shoots over smaller defenders with ease. Jackson is an underrated passer who uses his length to see over the defense where he delivers the ball right on target. 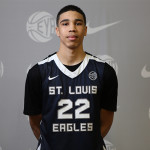 Duke commit Jayson Tatum was in attack mode each day over the two day period. Tatum is a smooth and versatile, which allows him to affect the game on several different spots on the floor. He can stretch the floor with his shooting ability. His overall offensive skill package is simply amazing considering his height. He showed the ability to consistently penetrate the defense either pulling up for the jumper or spotting teammates for the easy finish. 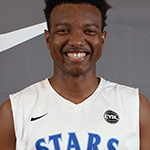 Atlanta native Wendell Carter showed why he is considered the best big man in the country. At 6-foot-10 he bangs on the low block wearing defenders down throughout the course of the game. He has a variety of post moves that include power drop steps, jump hooks, up and unders. He has patience when making his moves and allows the defenders to expose themselves before he attacks. 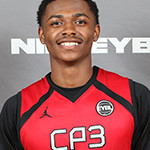 Alterique Gilbert came into camp with a point to prove and he did just that. The UCONN bound guard does a good job of handling the break as he pushes the ball coast to coast with a speed dribble or will look up to advance the ball with the pass. This scoring point guard can take it all the way to the rim and score or make the pass from his penetration to an open teammate.

Washington commit Markelle Fultz is a smooth operator; he was affective scoring at all three levels. He is an effective scorer in both transition spotting up and in the half court coming off screens. Fultz over powers defenders with his strength and aggressiveness to the rim drawing contact and getting to the free throw line.

Troy Brown Jr. showed why he is mentioned among the top guards in the 2017 class. Brown is a big versatile guard who displayed great court vision and feel for his surroundings on the court. In the half court, he has the quickness to get to the rim and the leaping ability to finish in the paint.

Alex Reese was at his best when he was able to show his athleticism in transition where he did a great job of running the floor, catching the ball, and finishing above the rim. Reese also showed the ability to stretch the defense with his ability to connect on jumpers and with the occasional 3-pointer falling.

Kevin Knox is a long and athletic combo forward that finishes above the rim in transition. In the half court he is an excellent scorer. Knox drives and slashes to the basket. He uses his long wing span and athletic ability to elevate and score over defenders.