Aaron Reddish is one of the top available forwards in the country.

This may be one of the best forwards available in the South. Reddish is a diamond in the rough that is slowly, but assuredly, getting polished. The lengthy wing-type has good ball skills, a high basketball IQ, and is an astute passer. He excels in transition where he attacks the basket and has the necessary athleticism to slash his way to the rim.

Bell is quite the physical specimen who possesses solid length and athleticism. The absolute strength of his game is his ability to get downhill and score in a variety ways in the paint. He uses his strength to finish through contact and his runner/floater. In addition, he can post up and convert as well, but it was his strength and shooting prowess that caught our eye. 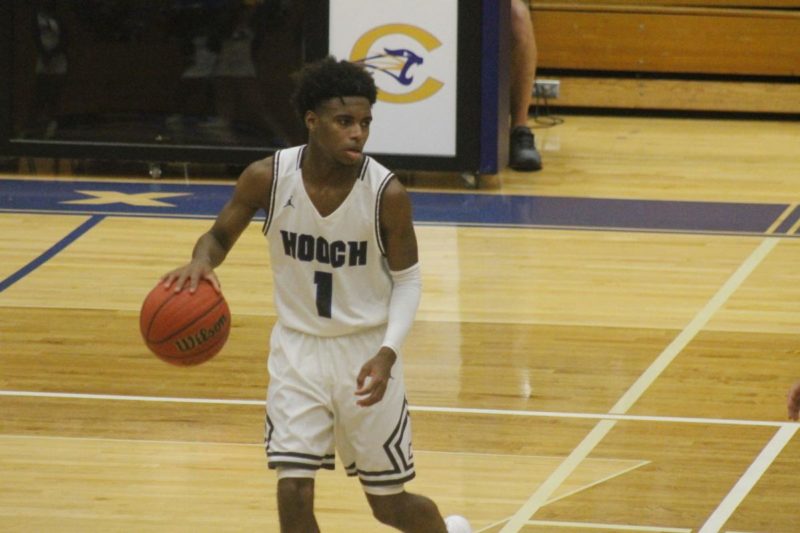 There aren’t many guards that can put the ball in the basket as well as White can. He hits three’s off the catch or dribble, stops and pops for mid-range pull ups and breaks pressure to make plays for himself or teammates with his excellent passing ability. White is capable of taking over games with his scoring or by spreading the ball around and making teammates better. 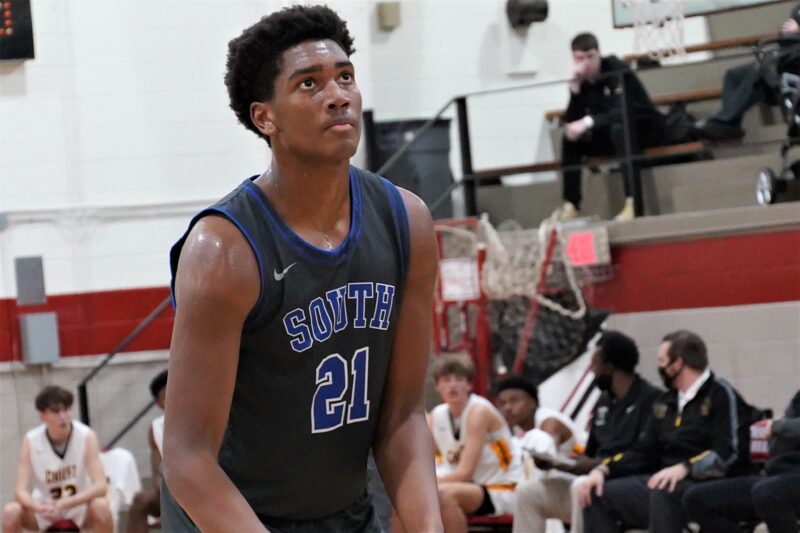 McGlockton is lean and very athletic power forward that makes plays on the break in the low, high post and on the glass on both ends. He finishes above the rim on the break, with tip dunks and on all clear paths to the goal. McGlockton also scores with touch around the rim, facing up along the baseline and even out to the arc when his feet are set.

This is a tough-minded player who doesn’t shy away from any form of contact. He can also act as a secondary handler and decision maker. You’re not going to strip the ball from him. You want him on your side because he’s competitive and accountable. Harris plays for a strong high school team and should have smooth transition from a coaching standpoint.

Through our first 13 games – unsigned CG Jaden Harris is hitting 41% from three on 5.5 attempts per game. Watch the ball come out of his hands – that’s a shooter. @_jadennn5 https://t.co/tPnaXqAQ5n

Abidde is a long and athletic power forward that is loaded with upside. He has a good motor that he uses to run the floor well. He can rebound in and out of his area and his shooting range extends to about 17 feet maximum at this stage of his game. He is mobile and has the footwork and agility to defend on the perimeter with the proper techniques.

He’s got an immediate niche because he’s a perimeter forward who can really shoot the ball, but his deceptive versatile makes him far more than a one trick pony.His niche is his ability to shoot the ball from long range and stretch opposing defenses from the four positions, but he’s more versatile than he appears.

Harper is a knock down shooter that demands the defenses attention. He has continued to build his game and has all the tools to be an immediate contributor on the offensive end of the floor for the right program.

Durr is a strong and physical point guard that uses his basketball IQ to run the team and set the offense. He pushes the ball with great pace off the dribble or on the advance pass. He can get to the rim and finish through contact with either hand and tremendous touch and body control. Durr is vocal leader and good rebounding guard who has excellent grades.

Harris is a jack of all trades and does anything needed to help his team win. He covers the court with ease, is smooth with his attack of the rim, and has developing explosiveness and skill. He also has an advanced understanding of the game and high basketball I.Q. for a young guard.