GATLINBURG, TN – We finish our coverage with my quick-hitter look at some of the guys who made the boldest impressions on me from my weekend viewing at OTR’s Rocky Top Invitational. (Georgia guys have High School’s in bold) 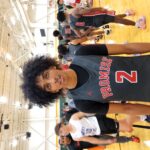 Ansar Osman >> The 2023 South Gwinnett forward has been on a tear for Promise Elite literally since the opening tournaments in March, seeking to stamp his name on the ATL scene and beyond showing off multi-level scoring and an activity level at both ends that bears watching, with good size around 6-6 and a notably sharp IQ for finding his way to positive positions the Comets should be strong once again with a backcourt full of names to know as well. 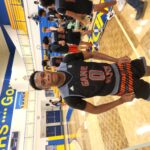 Montez Redding >> Jonesboro figures to be solid once again as 2025 Redding will be part of another athletic rotation, playing with Game Elite he’s in that borderline freakish category of athletes that makes the extraordinary seem ordinary adding to an overall 2-guard game that is burgeoning and filled with exciting possibilities. 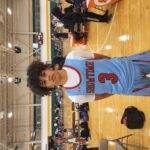 Jordin Bell >> Despite the 8am tip Sunday that appeared to slow his Showtime Ballers 16U teammates the 2024 from Florida was among the best players I saw all weekend as he was in early morning full form, upside oozing from his pores as he tackled the PG position and with still more time to grow stronger has mid-major to high D1 skills already at this stage. 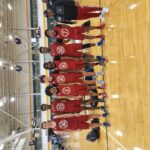 Rohahn Petiote >> Perhaps not possessing the best measurables and perhaps not the best on-floor acumen of some of stacked Team Synergy’s more polished players the 2023 from Charlotte was simply eye-popping from an athletic standout and that kind of versatility around 6-2 always catches my eye, can shoot, handle it, drive it, and defends at a high clip and with all the talent Synergy had and for him to still stand out was impressive to me.

Josh Hill (pictured at top) >> In a stacked Georgia 2024 class in comes Hill to Game Elite this spring/summer and Wheeler this fall and the 6-11 forward is sure to be one of the most-watched new faces in the ATL, Seton Hall was recently first on the board to offer but similar to exploding 2023 soon-to-be teammate Arrinten Page that list is going to expand rapidly, has quite the expansive array on O and with length for days is a swat-machine on D. 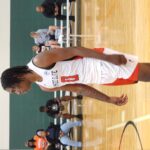 Jahseem Felton >> Physical attacking point guard for B Maze Elite 2023 was impressive in a physical affair with Wood Elite, Clemson the latest to offer the Charlotte-native but Auburn, Cincinnati, Missouri and Georgia GTech are in the bag, gets at the basket so hard and takes care of the ball despite seeking and playing through so much contact. 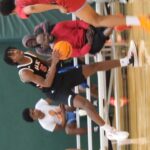 Jalen “Roc” Lee >> Has developed over the last year into one of my favorite players in the 2024 class, playing up with Game Elite 17U the junior-to-be has been superb across the board regardless of the team around him with the size, speed and the full-court game to become what most had predicted as early as last summer and that’s a high D1 prospect, it’s all there with few if any discernable weaknesses and taking his talents to Pebblebrook this fall to join 2023 riser Jaiun Simon and company will spice up what was already going to be an incredible 7A title race for sure. 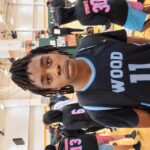 Jay Boyd >> On a list of spring risers 2023 Boyd would be near the top for sure with his play for Wood Elite, right with him would be Wood teammate and Osborne 2023 bruising forward Keshawn McPherson but Boyd gets top mention here for not just the numbers he’s been posting more constantly but the downhill, aggressive guard play he’s been showing, will headline a returning Hiram team next winter that has the tools to win it all in 5A. 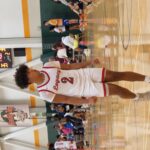 Gabe Bolden >> Could easily have been Georgia Legacy teammate Cam James of Chattahoochee who tool is set to emerge as a 2024 star in the ATL-Metro and beyond, but Bolden was nothing short of stellar all weekend in Gatlinburg and you cannot argue with the straight results and eye-popping play on the floor as he launches from distance and uses his improved frame to get at the basket with a fervor, a breakout name for River Ridge this fall as the Knights near-completely retool their look with young talent stepping up.