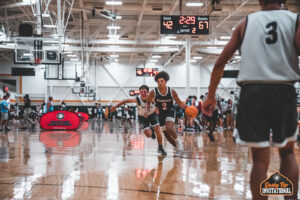 The 6’2″ guard out of River Ridge High School has come a long way in a year. Bolden continues to be consistent with his game; from facilitating plays to creating some of his own. The 2024 guard has made quite an impression on the On The Radar staff for not only his offense, but defense as well. He’s really able to stay active and engaged defensively, and finishes the play on offense. Bolden has really crafty finishes around the basket and has become more consistent from deep range.

Gabe Bolden is aggressive getting downhill into the paint where he can finish or find teammates on the way to the basket. 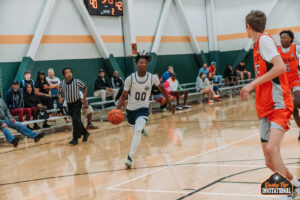 The 6’2″ guard out of Victory Christian Academy has been lighting it up this spring at On the Radar events. Easily one of the most athletic guards in his class, Cason is able to do it all offensively and defensively. Cason scores effortlessly and is a problem defensively with his quickness and high basketball IQ. Cason is a player who plays with a ton of energy and despite his size, is able to compete for boards against bigs. Cason has D1 offers from New Mexico State and Stetson, and I anticipate that list to grow quickly.

Lorenzo Cason can get to the rim and finish. He also pressures the ball and is alert in the passing lanes on defense. 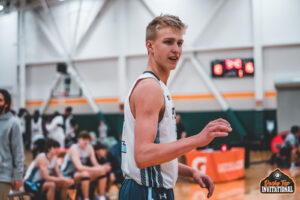 The 6’5″ shooting guard out of Mountain Brook high school continues to make a name for himself playing up in the 17U age group. Davis is one of the top 2024 shooting guards in the country and is making noise on the shoe circuit and the independent scene. Has a very long range and shoots the deep 3 ball at a very high clip. Davis does very well reading the floor and his defender; if the defenders hand is down, expect the quick release. Davis also does a great job getting to the basket and finding an open teammate. Davis currently holds offers from Indiana Sate, Lipscomb, Ole Miss, and Samford. 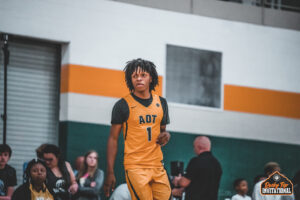 The 6’1″ guard, JaMichael Davis continues to show why he’s one of the best lead guards in his class. Davis is a quick, athletic, and aggressive guard that does a great job scoring on every level. Shows he’s able to catch and shoot from deep, scores well off the dribble with his high release, and is able to finish around the rim in traffic. Davis has been consistent all spring and it shows with the offers he’s picked up. Davis holds offers from Auburn, Kennesaw State, McNeese State, and Voorhees College. 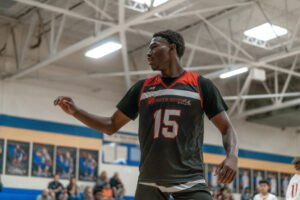 The 6’5″ forward out of Portal High School was one of the most impressive players I saw at the Rocky Top Invitational. Jackson has great length and does a tremendous job defending bigs. Jackson does a really good job positioning himself for accumulating blocks and rebounds on defense, and offensively is athletic and long enough to grab put backs. Much like his teammate Elyiss Williams, he is recognized in south Georgia for football, but I expect an uptick in his recruitment in basketball as well. 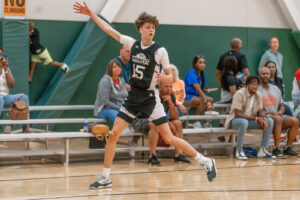 The 6’4″ guard out of Huntington Prep put on a show in Gatlinburg. Tingler does a great job staying engaged in every play, finding the open spots, and finishing the play. Tingler got hot in a couple of games, connecting on multiple 3-pointers. Tingler also does a great job running the floor with his high motor and racking up boards and put backs. Tingler currently holds D1 offers from New Mexico State and Ohio University. 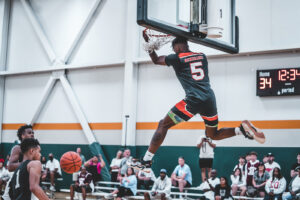 The 6’1″ guard out of Hillgrove High School is one of the most athletic guards in the 2024 class. Wilkinson can jump out the gym and does very well finishing over bigs. Wilkinson has a very nice pull-up jumper and can also hit the floater while controlling his forward moving momentum. While Wilkinson prefers finishing around the rim, he has shown he can hit from the outside, if needed. Wilkinson holds offers from Morehouse College, Ole Miss, and Voorhees College.

There’s no denying that Jeremiah Wilkinson is an absolute weapon.

He’s a skilled scorer and shot maker who can also score off the dribble. 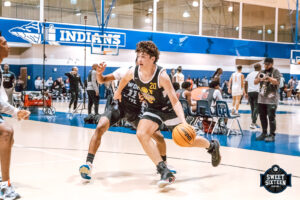 The 6’6″ shooting guard out of Silverdale Baptist Academy is one of the most consistent shooting guards in his class. During one game, Wright packed up the stat sheet, connecting on 7 3-pointers. Wright has been incredibly consistent this spring, and with his great size and athleticism, would be a steal for any college program in the country.