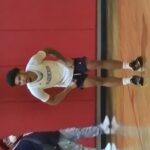 OUTLOOK: Part of that almost comically deep Region 7-7A, which will both afford them chances to show off their unquestioned talent but also provide a challenging path to a state tournament berth. The goods are there to be in the Bracket, and the 2023 class headlines with PG Keishawn Hampton and PF Eddie Hendricks, both of whom have used their last 2 summers with Norcross Heat to really expand their profiles and their games. Hampton at a much more stout 6-1 now has taken himself from a known bomber to a full package at the point, making huge strides in his distribution and defense most notably, he has had some big games both scoring and as a facilitator with the Mustangs going back to June Team Camps. Hendricks is a 6-7 bull who has gone from bucket-getter in close to a range-expansion which now extends past the arc, a facet that will be very attractive to next-level programs with his great frame and powerful moves closer to the hole. Transfer guard Zay Wilson is an intriguing add to this deep roster, and keep an eye trained on 2023 SF Dayton Richardson, such tantalizing length and ability at 6-6 with a mix of high-flying wing play and versatile defense buoyed by his great movement, he’s one to watch down off Steve Reynolds Blvd. 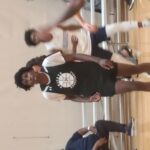 OUTLOOK: Some foundational pieces are gone off a highly successful campaign last year, but the cupboard is far from bare, and with some transfers coming aboard those losses can be cushioned some. 2022’s Wade Kahl and Brian Baylor return to the lineup after playing a big role in the Knights deep playoff run to the 6A semifinals, Kahl has emerged as one of the top big men in the ATL-Metro at 6-7 while Baylor is a high-energy sparkplug who creates with his defense and good-decision-making. A pair of seniors will play key roles if this group is to make another deep run, guard Darion Galloway has nice athleticism coming off the wing and 6-5 Abdulh Diaby is a really sleek mover around the basket and can be both a rim-protector and rebound-gobbler alongside Kahl. The great equalizer for Coach Matt Barkley is 6-2 junior guard Mansir Williamson, blessed with enormous gifts and sometimes equally numbing enigmatic shifts, yet when on his game he’s an absolute bucket from any level and is capable of being a carrying force for these Knights. The Region is deep with Chattahoochee, River Ridge and Sequoyah also prominent among the contenders, but the well-schooled ballers in Roswell remain near the top of the favorites list. 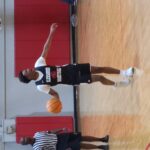 OUTLOOK: Believed by many to be one of the true sleeper teams in the Metro coming into the campaign, stacked with a lineup filled with possibilities and combinations – size, toughness, athletic ability to be found in all corners. A deep stable of guards and wings are eye-catching immediately for these 6A contenders, as seniors 6-2 Zion Fruster and 6-6 Jah’Kim Payne give the Cougars great shooting and equally creative work attacking from the perimeter. Three more seniors, Joffrey Nunnally, Mehki Kennedy and Kyle Singer are interchangeable pieces in the combo guard slots, all can handle the rock and shoot it, while these 5 seniors all get yup into you at the defensive end as has been Alexander’s staple for some time. Not to be overshadowed, although his quiet and unassuming floor demeanor might appear to be benign, is uber-talented 6-6 junior Noah Melson, a smooth scorer with a ton of variety to attack you with either right at the hoop or breaking people down on the drive. It’s a mid-major or higher D1-looking package for the Game Elite star. The youth movement behind these veterans is filled with future studs, see 2024 forward Braeden Lue, so after a slightly down ’20-21, this Cougar program is back in a hurry, and with this kind of depth it’s hard to see them as anything other than the favorite in a very solid Region 5-6A.