MARIETTA, Georgia, – The OTR Summer Jam spanned three locations with more than 75 teams from around the Southeast coming to compete. Prospects are honing their skills and refining their rhythm in preparation for the July open periods. Here are the players that should be on college coaches’ short lists when the open period comes.

Class of 2023 point guard Kevin Anderson continues to show his competence as a lead guard with Team Dickerson. He masters the game as a ball handler and director of traffic in the half court. He continues to excel in the ball screen action where he hits a high percentage of pull-up jumpers around the foul line.

The LaGrange Knights have found many wins at OTR tournaments as of late largely behind the strength of the front court. However, Devin Dowell should not be overlooked in the equation of their success. The 6-foot-1 guard shoots the ball with efficiency from the perimeter and he finds ways to the foul line given his aggressiveness off the dribble. He is primed for a solid July showing and big senior season at LaGrange High School.

Class of 2023 F/C Loic Keutcha played several solid games with Dunwoody United last weekend. The 6-5 interior prospect uses his body well to carve out position on both ends of the floor. He is particularly effective at snatching up offensive rebounds for putbacks within the offense. On the defensive end, Keutcha anchors his team as a communicator and help defender. He is the type of prospect that complements a roster well. 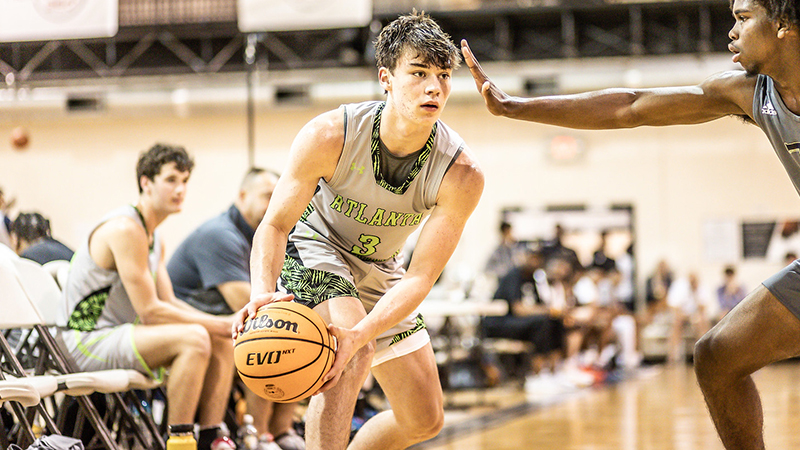 Class of 2024 guard Luke Flynn exploded with a 28-point game on Sunday morning with the Atlanta Timberwolves. Flynn is a fundamental, yet crafty guard that makes plays happen efficiently. He sticks the reversal jumper from beyond the arc. He can also put the ball on the deck to make shots in traffic. Given his poise and game IQ, we think that this is not the last that we will hear from Flynn.

Class of 2023 wing Nile King with the Georgia Jayhawks earned a spot in the notebook this weekend. The 6-4 prospect presents a problem for a lot of opponents. He has a great physique and a strength that is hard to contain. The left-handed shooter is a threat from range or to put the ball on the deck to score. Expect to hear more from King this summer. 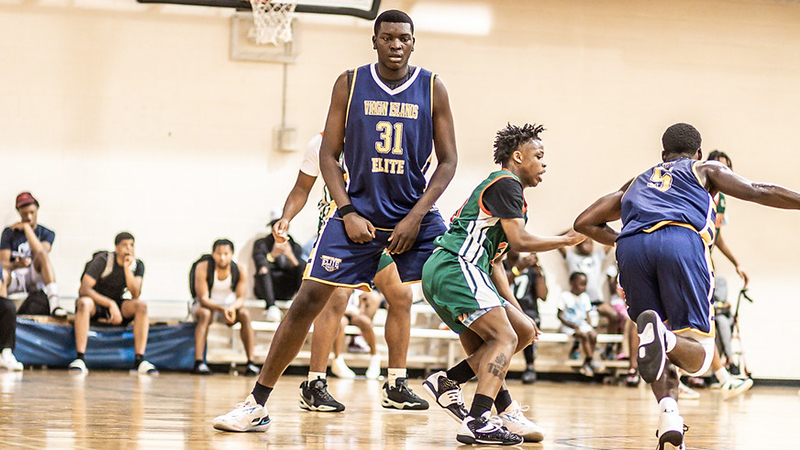 Class of 2023 center Keinan McFarlande with Virgin Islands Elite is no longer Metro Atlanta’s best kept secret. The 6-9 prospect has many of the tools a college coach wants at the position. He runs the court well, possesses solid footwork with his back to the basket, and will eat up rebounds on both ends of the court. Coaches often are most concerned with motor for big men. McFarlande certainly checks the box as a high energy performer as he is willing to work from tip to buzzer. 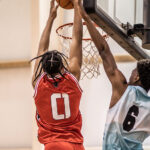 Tyran Stokes is the lone middle school prospect to make the recap this weekend. This largely because we only evaluated high school prospects at Next Play 360 courts. But also, because the 6-6 wing stood out while playing with Louisville Legends A2P. In the class of 2026, Stokes has athleticism and a versatile skill set. If he stays diligent with his work ethic, Stokes could turn into a top prospect in his region.

Class of 2022 guard Alahn Sumler put up several solid games with team S.M.A.S.H. The 6-4 guard directed traffic while he handled the ball at the point for much of the weekend. He also showed the ability to find buckets in between dishing assists and defending opposing play makers. It is unclear what Sumler’s college future is, but he has the tools to make an impact when he does find a home.