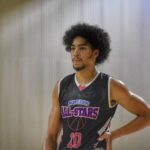 The Mercer-signee has been an easy standout to spot whether it’s over the summer with WR All-Stars or Team GA Magic or tearing up the mid-range for the WarHawks down just south of Warner Robins, the shooting range is excellent forcing defense to honor his 3-pt ability but he has been so adept at using the 2 or 3 power dribbles to get into the mid-range where he’s deadly, has the great body to get all the way to the basket and do damage and get to the FT line, plenty enough athlete to guard bigs and move laterally with guards. 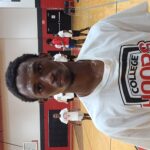 Has been one of the best players outside of ATL for 2 years now, possessing such exceptional athletic ability were he playing for one of the Metro powers here he certainly would have a much bigger profile on the scene, that said he has been a monster for the GA Canes in summer play often shining as the best player on the floor, explosion off the wing is often eye-popping and his jumper has come a long way, a blur off the bounce he can get by you in a flash and then rocket over people to the rim for one of his signature monster jams, defensively he’s as good an on-ball defender as you’ll find in the class. 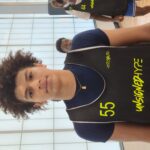 One of the stars of the Fall Showcase circuit prior to the season he was unquestionably the best pure scorer I saw at 2 different Middle GA Showcases I attended, love the good size to mix it up from the guard spot and his textbook pretty stroke will travel well, had a weekend back in December where he dropped 37 and 45 and I don’t care who you’re playing that’s some serious production, another Team GA Magic product from an organization that has been consistently producing sleeper guys for years and is sure to be must-see again come this spring and summer, Woodard can slip into a next-level lineup right away at 6-5 with his kind of shooting. 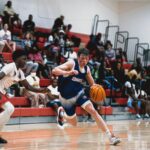 Has always been one of those guys who surprises opponents that don’t know him the first few possessions as he can seriously blow by folks using the bounce, after he softens you up that way he then makes you pay with a consistent stroke from 3 but with a discerning eye as a scorer, certainly he Kennesaw St staff wasn’t surprised as they landed a commitment from the guard last week, his development under that staff should be fun as he’s a tremendous worker and the effort level to go with the sneaky skillset should result in a real stat-sheet stuffer for the Owls. 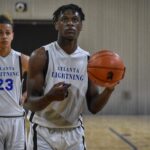 Could have just as easily have been Evans teammate Devin Story holding this spot as he too has been terrific but you can make the trip just outside of Augusta and catch both, James recently signed with Reinhardt and that’s a great get for the Eagles, whether impressing with the ATL Lightning or with the Knights there has always been an edginess that I love about his game, like the whole Evans roster will guard the heck out of you and I’ve seen him go on some scoring runs that matched anything I’d seen inside the ATL-area, he’ll offer Reinhardt a tasty combination of explosive leaping ability and a physicality from the guard spot that has consistently made him such a tough matchup on the HS-level.

Outside of Woodard perhaps no one had me more intrigued at Showcases from outside the ATL-area than Witcher, perhaps not the pure scorer some of the other guys on this list are you simply cannot teach the kind of elevation and explosion off the deck Witcher can unleash, and it’s not that he can’t shoot it at all but that can be repped further in the gym while the sort of game-changing athletic ability and a good feel for the game are already there, good anticipation on defense as there’s some 2-spot versatility there as well.

Keith Agran has lived in Georgia since 2011 and joined OTR as a National Evaluator in 2021. He previously scouted for Prep Hoops dating back to 2019 and has both a championship-coaching background on the HS-level and daily newspaper writing experience, both from New Jersey. You can reach him at keithagran1@gmail.com and follow him on Twitter @BracketSage