Breakout Guards at On the Radar #Elite32 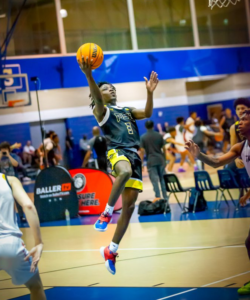 The 5’9″ point guard out of St. Andrews School, Zyere Edwards, has been one of the most consistent guards this AAU season. Edwards does a lot of the little things for his team defensively with steals, constant deflections, and rebounds. Edwards is also a lead guard that can take over offensively, getting hot from outside and no fear driving to the late. Edwards is a very quick and high IQ player that does everything to help his team win. Undervalued player that should see his recruitment pick up from schools. 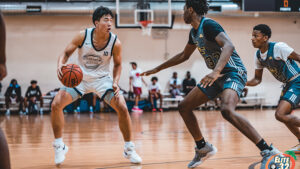 The 6’4″ guard out of Mercersburg Academy (PA), Jinwoo Kim, was one of the most impressive newer prospects I saw at #Elite32. For a point guard, Kim has great size and strength; solid frame that allows him to do a lot of the things on the court other guards can’t. Kim got a lot of evaluators and college coaches talking with his competitive play; attacking the basket full speed, finishing through contact, diving for loose balls, talking on the court, and being a leader for his team. Also to note, Kim is a high academic prospect with a 4.2 GPA. I expect Kim’s recruitment to take off after his performance this July. 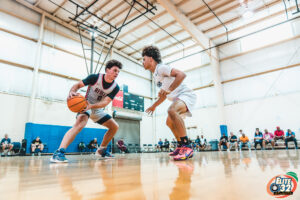 The 6’1″ point guard out of Calvary Christian High School, Daniel MacGregor, has been one of my favorite players to watch this AAU season. MacGregor is one of the most consistent players I’ve seen that leaves it all on the court each game. MacGregor does well leading his Rebels team; getting all his teammates involved and always making the right reads. Defensively, he makes it difficult for the opposing team just to get the ball up the court and at half-court makes it difficult for the guards to get around him. MacGregor hits consistently within 10 feet of the basket, does a nice job getting to his mid-range or to the basket. MacGregor currently holds a D1 offer from Stetson. 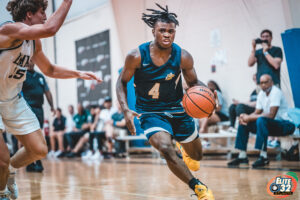 The 5’11” point guard out of West Oaks Academy, Jaylen Smith, has been on a tear all season long. One of the quicker point guards in his class, Smith is able to beat defenders with his first step or make quick shots off the dribble. Smith has an incredible court vision and handles the ball exceptionally well. Smith is also able to get to the rim and finish in traffic. The lefty has also shown he can be a consistent scorer, whether he’s catching off the dribble from deep or knocking down the floater. Smith currently holds an offer from St. Thomas University. 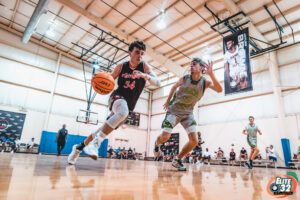 The 6’3″ point guard out of Moline High School, Grant Welch, was an impressive new prospect to catch at the #Elite32. Welch is an incredibly confident player that understands his role and is able to utilize all his teammates on the court. Welch was one of the better interior passers; getting the ball to his bigs and making the right reads. Welch also did well attacking the basket off ball screens to get to the mid-range or baseline. Will be a solid prospect to keep an eye on heading into his senior year. 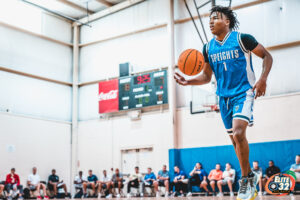 The 5’10” guard out of Clearwater High School, Andre Wright, lead his team to a 6-0 record at #Elite32. Wright is a high energy player with a very high IQ. Wright does well feeding the post or zipping in passes for his teammates away from the ball. Wright can also take over offensively and has proven he’s become more of a knock down shooter from outside. Wright is a fearless competitor that does the little things for his team to get the win, as well as a complete menace on the defensive end. Wright holds offers from Georgia Southwestern, Keiser, Saint Michael’s, and Tabor College. 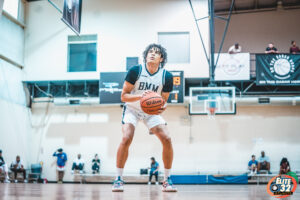 The 6’4″ guard out of the iSchool, Quentin Wright, was one of the more intriguing new guard prospects I saw at #Elite 32. Wright has great size for a guard and very crafty handles from the outside. Wright truly understands how to use his length to get shots up over defenders, and keeps the ball secured when getting to the rim. Wright has the ability to create his own shot and showed time and again he can finish through contact. Wright has a nice vertical and showed he can finish at the rim. Big time prospect to track heading into his senior year.