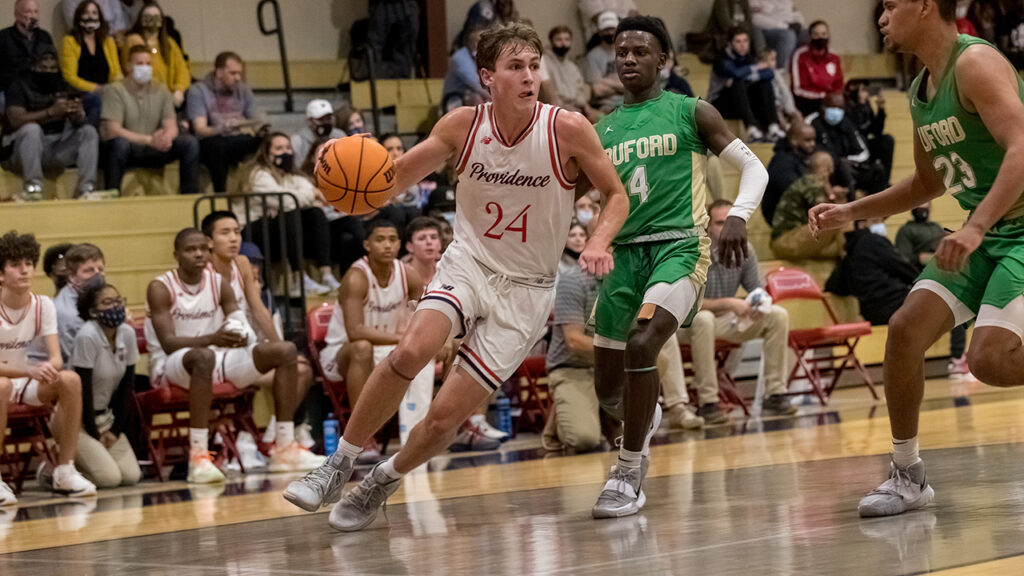 SUMMARY: This team will ride the talents of Thacker and Carpio, as the two seniors have taken the impressive road and put together quite the story as two developing prospects a couple of years ago when I first saw them into dynamic and physical next-level players (Thacker’s headed to VMI and Carpio to Citadel). Thacker has grown a couple of inches since then as well and honed his physique into being a true D1 combo guard threat, playing downhill with ferocity as a lead guard or beating you with finesse from range out on the perimeter off the ball. Speaking of imposing packages, Carpio too has gone the Adonis-route in the weight room and has spent equal amounts of time honing his own game, always a defensive stalwart he additionally put in the serious work at the offensive end and has become a true post threat with expanded shooting range to 15+ feet. 2023 returnees Devin Long and Thomas Malcolm provide steady guard play and shooting, and 6-1 2023 Johns Creek transfer Sam Witt is a smaller version of Thacker with his high-energy play at both ends and gutty ability to find and deftly attack what the defense gives him.

OUTLOOK: Right with Greenforest as A-Private favorites to me, though defending champs Mount Pisgah as well as SACA, Christian Heritage and Galloway will have something to say in what is sure to be another good and deep bracket.

SUMMARY:  Life without Scoot Henderson started in June Live Period Team Camps and continued into the fall where this team quickly began to establish its new identity, and with the 3 above returning players as their core the results looked awfully good. (more on Kell here). Surely everyone would miss a generational talent like Henderson, but each of the 3 has loads of regular season and playoff experience and good summers behind them to build off of, and when you now sprinkle in the one key item missing from last year’s run to the Finals – SIZE – this team still boasts an awful lot in the tank. A pair of transfer big men, 6-8 senior Sahmir King from Gainesville and 6-10 sophomore Peyton Marshall from Norcross significantly change the dynamic in Longhorn country. Add to that, 2024 guard Jaylen Colon has emerged as one of the best in the class at his position and appears poised for a breakout.

OUTLOOK: Tremendous depth in 6A and it’s Wheeler’s until someone knocks them off, and their Region alone will be tough nearly every night with the Wildcats, a rapidly improving Osborne bunch and perennial tough outs like South Cobb, Allatoona and Pope. But they have clutch and experienced guys in leadership roles and fascinating new pieces, so another trip to Macon wouldn’t shock me at all. 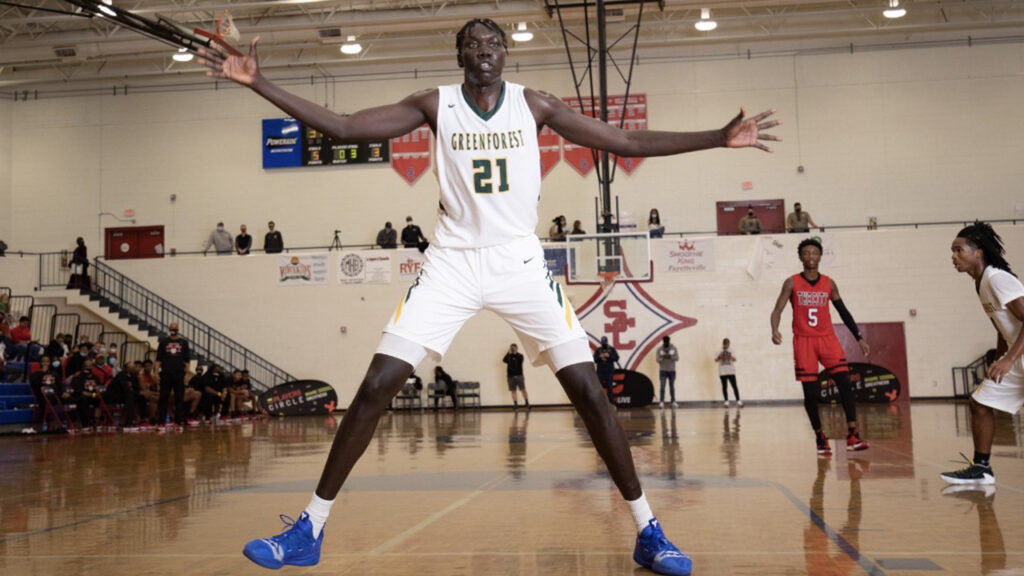 SUMMARY: A skim down their roster and it’s evident how difficult a size match-up this team will be for every one of their Region opponents. In their challenging non-Region schedule, they’ll still be bigger most nights but will see frontcourts that can go toe to toe with them, so that I think is where Chol and Manyiel and the rest of this fascinating group will get battle-tested for a run at the A-Private title. Losing recent Northeastern-commit Chase Cormier to Milton is a blow, but that opens up the ball for talents Forrest and Tenebay to be more assertive in the backcourt. They added two serious impact senior transfers in 6-7 Jaylen Peterson from Stephenson and 6-4 guard Caleb Smith from SW DeKalb, both will be massive toward any playoff run as Peterson was tremendous during Fall Showcase season and Smith has a knack for draining the big shot.

OUTLOOK: Hard to think of anyone else as the A-Private favorite on paper, but games aren’t played on paper, and they will be tested every round when they hit the bracket with the likes of Providence Christian (#15 on our list), SACA, Christian Heritage and Galloway awaiting them.

Shooting is a skillset that translates at all levels.

College Coaches looking for a shooter, Thomas Allard has been one of the better shooters we’ve seen this weekend.

SUMMARY: The above triumvirate of seniors, together with 2022 Alpharetta-transfer PG Amaru Grosvenor and the emerging Seitz, makes for a formidable group to send out to battle. Godfrey has been among the ATL-Metro’s best forwards since he was a sophomore and now has risen to one of the state’s overall best. Allard, much like Chance Thacker and Tony Carpio of PCHS mentioned above, has taken a great road from a kid with potential who could shoot it, to the full package on the wing with size, smarts and more game than just the 3-pt bombing. Grosvenor’s arrival as a scoring point who can be a real factor offensively immediately changed the outlook from a team which could ride Godfrey and Allard on given nights toward a playoff run to one that is an expected contender for a deep playoff run. Duke Clayton from Peachtree Ridge is an intriguing wild card up front at 6-7, he’s a big body with nimble feet and soft hands and should he seamlessly join Godfrey near the basket it could remind of 2 years ago with Godfrey and Jared Ivey.

OUTLOOK: As said above, this team is experienced and talented, and even with the absurd depth in 7A one you’d expect to see in the Elite 8 again or beyond with this kind of ability across the floor.

2022 @GadHeath1 picked up offers from Charleston Southern and Illinois State after his play at our @OntheRadarHoops events the last 2 weekends. Expect that offer list to grow following this weekend as well@itskeemy @SHReport https://t.co/b7f1OnAarS pic.twitter.com/lMmbtsBUtK

SUMMARY: As usual, there are complimentary pieces around the two above returning stars down in Southwest Atlanta, many of whom will likely emerge as names to know as the season gets rolling, but it will be Heath and his exquisite perimeter game (headed to Charleston Southern) and McKie and his bruising style around the basket that will determine if they can get within a sniff of Macon yet again. Heath was so impressive this summer, a top 5 guy to me in the 2022 class as far as consistent performance-level on the circuits, while McKie continues his underrated ascent and just goes out and posts numbers at both ends while playing winning basketball. Adding PG Mitchell Taylor from Carver is a huge addition, he plays with such pace that few this summer could stay in front of him when he was on top of his game. They went deep without a ton of size last year and may need to do so again.

OUTLOOK: Much like 7A, the 6A bracket will be a knock-down-drag-out tussle all the way to final bucket, and as said above in Kell’s Outlook it’s Wheeler’s division until they’re dethroned, but Westlake is as tough as they come in a tussle and no one will be glad to see them on their side of the bracket.