Class of 2017 guard Chase Porter of Sandy Hook, Ky., showed why he is one of the Tri-State’s top scoring guards. Photo cred – Chris Hansen/ProspectsNation.com

ASHLAND, Ky., – The inaugural Summer Showcase held at Boyd County High School brought together talented prospects in the Tri-State area (KY-OH-WV). The Summer Showcase has a specific design to give players an outlet to showcase their talents and build their reputations heading into the July evaluation periods. Here five names to know after the even. 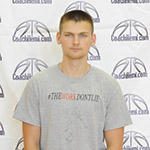 Porter exerted himself very quickly as one of the top scorers in the camp. At 6-foot-3 he has size to take the bump and finish in the paint. It is his range to well beyond the arc that makes Porter a dangerous threat on the court. He has an easy, compact release that allows him to shoot with efficiency. Heading into his senior year, he projects to be one of the areas top scorers. 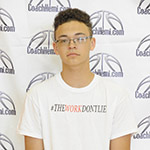 Of all the players at the camp, Robinson could have the highest ceiling. The 6-4 wing is just heading into his sophomore year of high school, but exhibited a lot of skill and athleticism. The left-hander hit multiple 3-pointers from the wing while also attacked the rim off of the bounce. What Robinson lacks currently is consistency. However, that is connected with his lack of physical maturity at the moment. When he fills out and hits his last growth spurt, we should be talking about the Ashland native on a more regular basis.

See evaluations and player profiles from all the players at the CoachHemi.com Showcase by clicking HERE 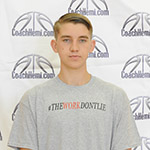 Van Horn fits the bill of a modern post player. He can protect the rim by blocking the shots of slashing guards. At the same time he can play a finesse game while facing the basket. Standing at 6-6 he has range on his jumper and is perfect in a pick and pop situation with a slashing point guard. Physicality will be an area where Van Horn can develop, but he has many of the skills necessary to compete beyond his high school years. 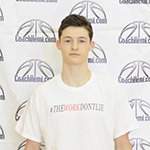 The smaller group of players at the camp made it impossible for anyone to hide. Staten did quite the opposite. He was first in line for all the drills and took leadership roles from the outset. He worked as hard as he could during the drills and exerted himself as the alpha leader, which is what coaches look for in a floor general. When it comes to skill sets, the 6-foot point guard can create his own shot or deliver to cutting teammates. 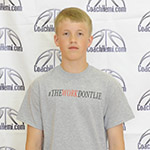 Stewart was one of the two youngest players at the camp, but carved out a niche’ for himself as one of the most promising. Stewart is still small and growing, but that did not stop him from going toe to toe with many of the older guards at the camp. He handles the ball well and possesses terrific IQ. He can get his own points, but he is best right now as a passer. Coach Randy Anderson will be counting on him to deliver big minutes next season at Boyd County.

Watch the Full Workout below on @SUVtv