Gabe Wiznitzer of SC Upstate Warriors was a standout at the Martin Luther King Basketball Tournament.

Atlanta, Ga. – The Martin Luther King Basketball Tournament presented by Georgia United provided a chance for area teams a measuring stick before they hit the spring travel season. It also gave our OTRHoopsReport.com evaluators another chance to watch to see which individuals stood above the rest. Here is the recap of several players who stood out on Sunday afternoon:

Quintin Johnson – Johnson is a small quick guard with explosive first step to the basket. He can shoot the 3 ball and starts the break with steals on the defensive end. 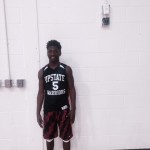 Trijuan Dawkins – Maybe the best player in the gym. Dawkins showed the ability to use both hands and has great court vision. He gets to the rim with speed and has an exceptional handle for his age.

Case Roach – Silky smoothe shooter from deep and has good size at 5-foot-11. He displayed the ability to put the ball on the floor and make plays at the rim.

Gabe Wiznitzer – This 6-foot-5 post has a big body with nice hands and soft touch around the rim. He rebounds well in space and finds open teammates off the double team Georgia United Stars

Robert “RJ” Noord – At 5-foot-9, Noord is a long versatile forward with nice touch on jumper from the midrange area and does a good job of cleaning up the glass on the offensive end of the floor.

Marcos East – Super fast guard in transition with high motor and quick ball moves to get past defenders. East keeps his head up when attacking the basket in transition to make the right plays or finish at rim

Nasir Ware – Small guard with quick first step, showed a nice floater to finish inside over bigger defenders has crafty handles & uses change of speeds well to get to the basket can also shoot the three.

Danny Stubbs – Another 5-foot-8 big versatile guard with handle and passing ability. Stubbs has an array of moves to get past his defender where he can finish with a pull up jumper or finish at the cup.

Bruce Thornton – This 6th grade guard has good vision to go along with tremendous passing ability, finishes at the rim with ability to hit the three ball.

Demetrius Barns – Barns was at his best when he was slashing to the basket where he finishes with jump shots or gets to the rim. He showed a good handle in transition where he was able to push the ball, finish himself or find teammates.

Chase Wilson – Long athletic forward who rebounds well, runs the floor and blocks shots. He handles well enough to put in the middle of press break and not turn it over. He was best at attacking the basket with a clear path.

Zawdie Jackson – Jackson is a strong lead guard who finishes around the rim in transition. He plays hard on the defensive end & gets teammates involved offensively. SC Seminoles

Kamron Cunningham – Cunningham has great size at 6-foot-3. He is versatile as he showed both the ability to play on the low block and perimeter. He has a crafty handle with hesitation moves and counters and a smooth stroke from midrange. 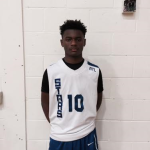 Caleb Byrd – Byrd has an explosive first step where he was able to beat his defender to get to the basket where he finished with a floater or found teammates cutting to the basket. He applied good on the ball pressure on the defensive end of the floor.

Jacorrei Turner – Long big man that runs the floor and rebounds. He can handle the ball in the break and finish in transition above the rim at 6-foot-2. 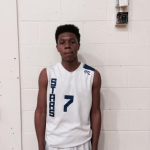 Josh Smith – This versatile big guard has a nice handle can play the guard and forward position. He rebounds the ball well on the defensive end of the floor where he can push the ball to finish himself or setup teammates.

Tyreik Boyd – Young guard playing up a level held his own. Has a quick first step and smooth midrange jumper off the bounce. He blows by defenders and makes the right plays & causing problems for guard due to his speed and IQ. 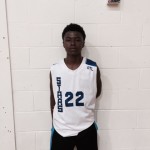 Frank Gilliam– Gilliam is small guard that causes problems for defenses with speed and vision. Gets to the basket at will and finishes among trees with crafty finishes. Can also shoot the deep ball with ease.

Justin Blossomgame – This lead guard has good court vision as he was able to break down the defense in the half court to find open teammates. 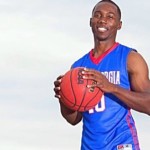