DULUTH, Ga., – The On the Radar Hoops team put together one of the Atlanta’s top showcase events over the Martin Luther King break. This one day event featured 6 good games of action, which will help served each team as a springboard into their region schedules.

This pick ‘n pop power forward can knock down the three with regularity. He has great form and makes it look easy. On the break he can run the middle of the floor and be the first post or the lane and spot up. Massengburg has size and length which allows him to block/alter shots around the basket.

TJ Massenburg (@21jamal21) is always looking for the lob opportunity. TJ Stargell finds him for one here. @coachrivers32 pic.twitter.com/vRdIyMWzJa 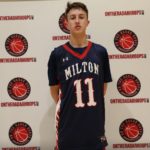 O’Connell is a confident shooter that possesses good size and matching ball skills. He has a sweet stroke, quick trigger and good range. O’Connell sprints the floor in transition looking to spot up on the side of dribble penetration. He also showed good shot preparation when the ball is reversed to him. He showed that he was capable of sinking deep jumpers off the catch or dribble. 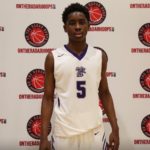 Flagler biggest weapon is a smooth pull-up jumper that he can go to after one dribble or when stopping quickly in transition. He is also a very versatile offensive player. He is a consistent catch and shoot threat from behind the three-point line and is also good enough with the ball to get into the lane off the bounce.

The sharp shooter can be described as a prototypical stretch 4-man. He showed those shooting skills on Monday afternoon en route to a 21 point effort and a win. The 6-foot-6 forward hit critical jumpers in both halves to help coach Brandon Mayweather team to a win. His length, skill and shooting touch helped him pick up several Division II offers.

Jackson excels in transition by running the floor and finishing ahead of the pack. He is a very good athlete that scores on slashes to the rim, offensive rebound put backs and wide open threes with time and space. He plays with high energy and is aggressive to make scoring plays.

’19 Kenyon Jackson was a big part of the @graysonhoops win today. 6’6 post that’s active & gets his points off the glass pic.twitter.com/ALZWboi1oE 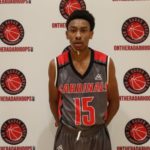 Osborne senior guard Latrell Tate turned in a solid performance. Scoring 30 points in a close loss to Duluth, Tate helped keep his team close throughout the night. Tate showed the ability to make shots off the catch or dribble. In the half court, he also was more than capable of slashing to the basket and finishing around the basket.

Woodward Academy, freshman Jacorrei Turner has a great burst of speed and terrific first step that allows him to beat defenders off the dribble. He has range that extends out to the 3-point line and uses his leaping ability to elevate over defenders.

There is a lot to like about the Jaylen Morgan for the Central Gwinnett. He is a high energy back court player that brings IT on both ends of the floor. His ability to slash to the rim or even finish above it gives his team excitement each game.

One of the biggest stock risers of the fall has been Shiloh junior Shamarie McLeod. He scores by filling lanes in transition, slashing to the rim, or pulling up in the mid-range area. He’s bouncy enough to finish above the rim and will also elevate to kick out to shooters off the bounce. He finishes through contact and also has a knack for drawing fouls around the rim.

’18 Shamarie McLeod (@Toponeday) lets the defense know that they will have to put a hand up against him. @coachrivers32 pic.twitter.com/JlsH3SlMBo

Quincy Carter is a point guard who excels at pushing the ball down the court, penetrating and hitting open teammates with on-target passes. He is an accurate 3-point shooter, but usually looks to pass first. 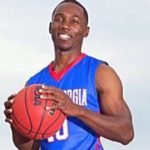