Broc Bidwell was one of many standouts at the Junior Elite 100 Camp.

LAWRENCEVILLE, Georgia, – It is never too early to get on the radar. Last weekend close to 100 middle school prospects poured into Central Gwinnett High School to sharpen their skill set and show their skills to evaulators and media in the metro-Atlanta area. Here is a first look at the standouts from the camp. 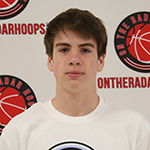 Bidwell is a smooth operator with the ball in his hands. He can navigate through the defense almost effortlessly as he can set up his opponents with ball fakes and deceptive look-aways. His jumper is smooth and consistent, but he has the athleticism to burn past on ball defenders around the arc. And do not underestimate his hops either…he clapped a shot off the backboard after he chased down a slasher in transition. 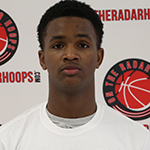 Easily one of the best athletes in the gym on Saturday afternoon was Blount. He is a wing who has the ball skill to handle versus pressure. Yet he has the size and athleticism to rebound and finish amongst the tallest in the gym. His ability to finish in transition was one of the best in the building on Saturday. 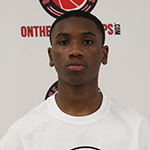 Blount is an athletic guard who made things happen by getting down hill off the jumper. His strong frame and lightning quick first step makes him nearly impossible to contain for defenders his age or younger. Impressively Blount was just as effective at dishing as he was scoring. His blend of scoring and passing gives him an aptitude to a be a high level combo guard in years to come. 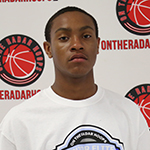 The Augusta area was well represented with the likes of the aforementioned Blount and also school teammate Davis. Davis is a bit more of wing than Davis as he stands close to 6-feet tall with the looks of stretching out even taller in upcoming years. He is tough in transition and possesses great body control to finish around defenders. He is equally effective at attacking the rim in the half court. 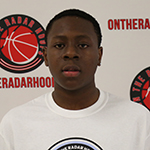 Hudson is a interior player who can play either the power forward or center position. He is strong and big feet, which he will grow into the upcoming years. He has enormous potential as he showed he was comfortable hitting a jump hook over his left shoulder. Hudson is a little rough around the edges, but every coach is looking for a productive post player like Hudson.

The player that drew the most amount of attention, just off of sheer size, was Ibe-Aneselem. Standing at 6-9 his long arms and general coordination as an eighth grader is impressive. He was 2-hand dunking post feeds and rebounds with ease. Once his mental maturity catches up to his physical maturity, Ibe-Aneselem is going to be a problem for opponents. He does not lack strength, but he will need to learn how to play lower and use his body to assist his natural abilities.

Sigunga is a wing with great size and skill. He showed very good range on his jumper. His athleticism and shooting skill will make him a popular prospect in the future. Although he has shooting range, Sigunga also showed face up skill to attack defenders in the half court. 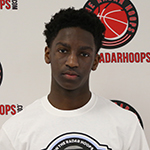 It is hard to imagine an eighth grade guard with a more complete package than what Noord has currently. Standing at near 6-feet tall he showed a confident release from behind the arc and ball skill to beat pressure in the back court. His skill plus length make him a nightmare already for defenders his age to contain. If Noord continues to mature and develop, we expect his name to be a popular one in the Peach State for many years to come.

Robinson is a wing with nice skill and skill. His specialty is to connect on long range jumpers from beyond the arc. He is equally as effective with the pull-up jumper when defenders try to run him off the arc. Standing at 6-1, Robinson is a prospect that has a lot to be excited about. 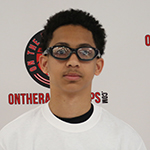 Tucker was one of the better point guards at the camp. He is a steady player who consistently made the right play. Although he is a player who more than willing to defer or set up his teammates, Tucker certainly has the skills to make plays for himself. He has good size and enough athleticism to compete with some of the best in the gym. His vision as a passer is what could earn him early playing time when he hits the high school courts.