AJ Neal and Jameon Harris were standouts over the weekend at the On the Radar Hoops Atlanta Invitational.

Atlanta, Ga., – The Atlanta Invitational hosted at Emory University has been considered a premier stop for travel teams around the country. Last weekend a handful of elite teams showed up to compete for championships. Here are the top individual performers: 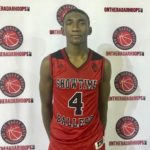 Harris was one of the most dominant players that I had the chance of watching over the weekend. He uses his size and strength to his advantage and has an endless motor which was the driving force for Showtime all weekend long. His ball handling skills are good enough to bring the ball up the floor in the halfcourt or lead the break but he’s big and athletic enough to play at the bottom of the 2-3 zone to lead your team in rebounds. Had some nice floaters and finishes once he got in the lane vs a good Georgia Stars team. His energy and passion for the game makes him a great defender and I rarely saw him on the bench, playing at least 28 of the 32 total minutes in both games I witnessed. 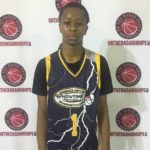 Stubbs is a new school point guard, like what you see from a James Harden or Russell Westbrook in the NBA. He was his team’s best ball handler but ia also a pure scorer so the 1 or the 2 spot will suit him well at the next level. He has a high basketball IQ, knowing when to get to the rim and when to shoot. What separated him from anyone else I saw this weekend though was his 3 point shooting ability. He knocked down five 3s in a Saturday morning contest against a solid God’s Property team. He showed flashes again against a tougher Game Elite team in the SEC semifinals. He’ll be one to watch as he will become a Falcon next fall at Pebblebrook High School.

Collins is a 2 sport athlete out of Woodward Academy and it shows on the basketball court. He is a 6’3” post player with soft hands and major leaping ability. Showed great patience and touch in the post, scoring several times over his left shoulder but can also step out and hit the 15 foot jumper. His rebounding ability was some of the best I saw over the weekend and when his team needed a bucket, he was their primary guy down low. Great things always seemed to happen for this Xclusive team when he was on the floor and in the game I saw vs Chattanooga Elite, the game would have resulted in a loss without him. 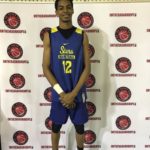 Anselem was probably the tallest prospect at Atlanta Invitational at 6’8”and he put that height to good use over the course of the weekend. He understands how to use his body and that will only get better with age but for now, no one his age comes close to having the impact that he does in the lane. His shot blocking and shot altering ability is unmatched and once he is in good position down low offensively, he is dunking the ball without question. He cleans up everything on the glass and cleans up all mistakes on the inside if he in the paint defensively. 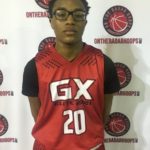 Davis was the running mate of Dacari Collins this weekend and just because Collins is the better prospect, Davis was is a critical piece to the team’s success as well. I personally love the energy that Davis brings to the floor; he was all over the place on both ends and ran the floor and scored off multiple rim runs. He didn’t step out as much as Collins to hit the mid range game but still made his presence known by blocking shots and remaining on the offensive glass. The current 8th grader is headed to Westlake in the fall and will be a big piece for them if he continues to grow.

Armbrester is a 6’5” point forward that really impressed me when he decided to be aggressive and attack the basket hard. His ability to handle the basketball creates a lot of problems for defenses because he can blow past bigger defenders and he is a big boy who can post up when smaller guards attempt to check him. His motor is my only concern but when the fire is lit, there is no stopping him when he decides to put his head down and get to the rim. 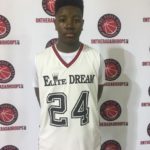 Freeman is a solid guard in stature and isn’t afraid to get into traffic and make his teammates better. His use of the bounce pass is what I was impressed with and his patience while deciding when to get to the rim was an asset of his as well. Freeman also knocked down three from behind the arc in his game vs Choice Management Red and his overall play was the reason they came away victorious in that game.

In my opinion, East had the tightest handle on the basketball than any other guard that I saw this weekend. It hurt that he wasn’t on a more competitive team but the talent is clearly there. He is cat quick in the open floor and uses that handle and speed to break down defenders and make plays in the lane. 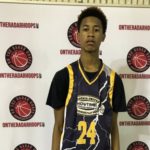 Washington was the second best scorer for Georgia United for the weekend behind Stubbs. He was a matchup nightmare for opponents because of his length and ability to put the ball on the floor. The way he plays, he can be used as a stretch 4 because of that ball handling ability but also because of his consistency from behind the arc. Also effective on defense as he was able to block several shots and made it difficult on Game Elite’s big men and driving guards in their semifinal matchup.

This combo guard once again showed a polished skill set. He was able to bully his way past defenders and score multiple times in traffic. He also showed that he was capable of connecting on jumpers from deep or off the dribble. As much as Neal could be labeled as a skill player, he still ranked as one of the more athletic guards in the building over the weekend. 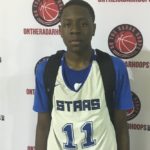 He has long arms and bouncy legs, which often leads him to dunking every touch in the paint. Defensively he blocks a lot of shots in the paint while also have the athleticism to defend away from the bucket. Hudson still has offensive polish to attain. Showing that he can develop a go-to move when he faces equal athleticism will be important for him to be a primary offensive target.

Donta Eberhartdt is a contributor to On the Radar Hoops.