Our #OTRHoopsReport coverage team was in full effect last week watching basketball from all over the metro-Atlanta area. The were plenty of usual suspects who performed at high levels. However, there were new names that emerged as must-watch prospects in the region. Here is a list of underclassmen who performed well over the Thanksgiving Holiday’s.

Drue Drinnon – East Jackson HS – 2018 – Tabbed as one of the top players in the class of 2018, Drinnon did not disappoint at the On the Radar Hoops Thanksgiving Showcase. He is very clever with his handle and quite savvy with his passing. He can swing between both guard positions because he possesses that scorer’s mentality as well. He is very crafty working along the baseline and has a smooth looking jump shot out to the stripe.

KJ Buffen – Gainesville – 2018 – Buffen excels in transition by running the floor and finishing ahead of the pack. He is a very good athlete that scores on slashes to the rim, offensive rebound put backs and wide open threes with time and space. He plays with high energy and is aggressive to make scoring plays. 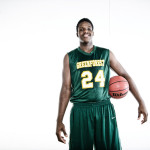 Mohammed Abdulsalem – Greenforest – 2018 – This 6-foot-9 post player came off the bench to provide instant offense for Greenforest. He has good hands and light feet and from 10 feet and in around the lane he is an above the rim finisher. He scores with power drop steps, turn shots as he simply elevates over opponents 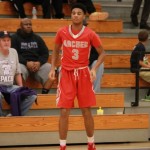 Brenden Tucker – Archer HS – 2019 – Tucker is one of the better young scorers that we have seen so far this season. His handle has improved over the years and he has the ability to breakdown defenders off the bounce. He is equally effective going left or right and he can finish with either hand as well. He isn’t overly quick but he is clever with the dribble and he utilizes his length to score amongst the bigger defenders in the paint.

Mekhalil Bethea – Dacula HS – 2019 – Bethea gets to the rim in transition and finishes with acrobatic layups and pull up jumper. He has a great burst of speed and terrific first step that allows him to beat defenders off the dribble. He has range that extends out to the 3-point line and uses his leaping ability to elevate over defenders for mid-range, pull-up jumpers 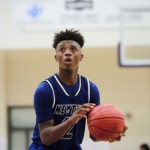 Ashton Hagans – Newton – 2019 -He plays the game with great energy as he pushes the ball with speed in transition, attacking the basket. His primary strength in scoring comes from his strong penetration as he has a quick first step and his body to finish through contact at the rim.