Buford, Ga. – The EBA Top 40 workout was a good chance for underclassmen to show their abilities in a skill and competition setting. Although the camp was headlined by several seniors, there were many underclassmen who proved that they will be players to keep an eye on this spring and summer.

Will Benson – (Atlanta, GA) – The Westminster School – Only a handful of college programs know about the 6-foot-6 forward from Westminster School in Atlanta. Benson has break-away speed and bouncy athleticism to get his head on the rim like few others can. He is a great finisher at the rim, with the quick bounce to finish above defenders and the body control to go around them, and at his best when running lanes in transition

Darrion Taylor – (Lawrenceville, GA) – Archer High School – Taylor is one of the fastest guards from end to end that we have seen all year. This 5-foot-9 guard had a terrific season helping Archer advance to the Sweet 16 in the state playoffs.

D’Marcus Simonds – (Gainesville, GA) – Gainesville High School –This Mississippi State signee emerged as one of the top guards in the state of Georgia last year. Simonds excels in the open court where he can make plays above the rim. Simonds is the true meaning of slasher who has made himself a more consistent pull up jump shooter. 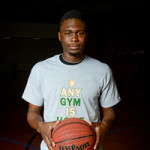 Kevon Tucker – (Dacula, GA) – Dacula High School – Tucker is a strong built wing with all of the skills you want on the perimeter. He shot the ball well with range to 20 feet. He was an effective slasher when defenders pressed up on him on the outside.

Kohl Roberts – (Sandy Springs, GA) – Riverwood High School – Roberts consistently plays the game at full speed. He uses his body well to drive by defenders to score from the high post or short corner. He rebound’s the ball well on both ends always finding a way to get a hand on the ball

Micah Kinsey – (Sneville, GA) – Brookwood High School – Not too many players actually play defense in a camp setting, this wasn’t the case Sunday afternoon. Kinsey was a terror, forcing turnovers, and converting on the other end.

Alphonso Willis – (Grayson, GA) – Grayson High Schol – This 6-foot-3 guard was by far the most athletic player in the camp. He is fearless when attacking the basket and is able to finish through contact. Willis was selected for the All-Region team following an outstanding junior campaign.

Shadiah Toppins – (Norcross, GA) – Meadowcreek High School – He is a good athlete who plays well above the rim and has good mobility. Offensively, he is most comfortable facing up and going to the rim with limited dribbles but also gets easy points by finishing plays around the rim, running in transition, or going to the offensive glass.