Dillon Hunter of Westlake (GA) was a standout over the weekend at the USA Basketball Mini-Camp.

Colorado Springs (CO) – The USA Basketball Developmental Mini-Camp brought together 88 of the top prospects from around the country for three days of skill stations and game play. Like the play on day one, the second day had plenty of news and notes for us to report. 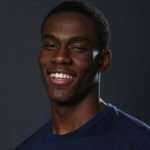 Duren’s ability to dominate the paint on both ends of the court is what makes him such a talent prospect. He is an elite shot blocker and will alter shots even when he does not get a touch on the ball. His rebounding is also a strong point of his game since he has such a high motor to track missed shots in and outside of his area

Rice is an aggressive wing that has a strong body and is very athletic. He attacks the rim in transition and get to the rim in the half court with quick slashes to the lane. He is a good rebounder on both ends and can rebound and score in a crowd on the offensive glass. 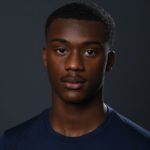 Whitehead is a long athletic wing that plays with a high level of energy and possesses excellent all-around skill. His size at the shooting guard position forces match-up problems for opponents as he has the ability to score behind the arc, from mid-range, and at the rim.

Anderson has great size and length. He is very mobile and runs the floor extremely well. He has good hands and scores in the post with jump hooks with drop steps and from drop off passes created by penetration. Anderson can consistently create mismatches with his ability to efficiently connect on jumpers from behind the three-point stripe.

Bates is a smooth and versatile, which allows him to affect the game on several different spots on the floor. He can stretch the floor with his shooting ability. His overall offensive skill package is simply amazing considering his height. He showed the ability to consistently penetrate the defense either pulling up for the jumper or spotting teammates for the easy finish.

Hunter is a big guard who has good court vision. In transition, he advances the ball on the pass or dribble. He does a great job of rewarding teammates that run the floor by simply getting them basket. He shot the ball well off the catch, he got to the rim equally well in the open floor or the quarter court.

Foster gets your attention right away with his constant activity. He is always around the action attempting to make a play. He is an athletic finisher in transition and lob threat because he runs the floor at high speeds on a consistent basis. In the half court, he showed the ability to finish with either hand on the low block and even connected on jump shots from the high post.

Walker is a wing who showed an array of skills both along the arc and on the frontline. He showed surprising vision with the ball while handling around the ball screen. What is most impressive about Walker is the motor that he brings to the floor. He pursues rebounds relentlessly on both ends and runs the floor to get easy transition buckets.