MARIETTA, Georgia, – The Power 24 provided a final opportunity in 2022 for travel teams around the Southeast to show off their talents in front of college coaches. The four-day showcase gave the stage to some of the top independent teams in the region. Here is a look at standouts from the first two days at Next Play 360.

Keyshawn Adams with the Charlotte Aces heated up quickly from beyond the arc. The 6-foot-6 forward has a quick trigger and when his feet are squared, he can reel off 2..3..4… jumpers in a row. Adams has the athletic upside to be able to defend multiple positions including along the front line and on the perimeter. For coaches looking for a shooter who can add athleticism, Adams should be on the class of 2023 shortlist.

'23 Forward Keyshawn Adams @KeyshawnAdams14 is a hybrid forward for the Aces that has shown he can shoot the ball.

At 6'6 he hit a nice fadeaway out the midpost, and hit 4 threes in the last game. @CLTACES 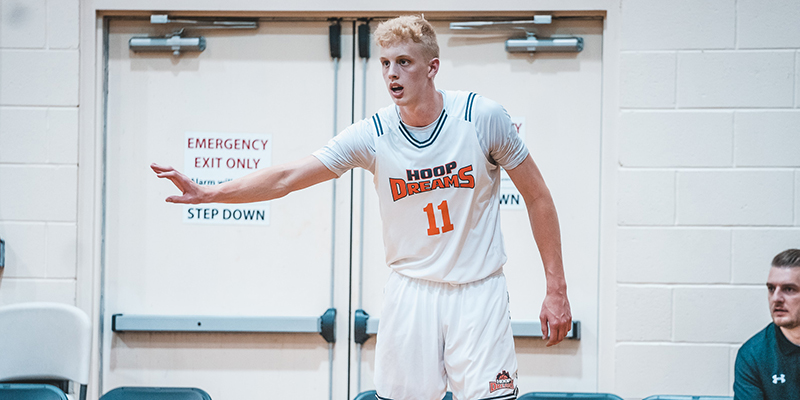 There are few prospects who have ascended as quickly as Ian Hart with Kentucky Hoop Dreams. We have had our eyes on Hart for several events, but this weekend he seemed to break through the clouds as a must-watch prospect. He is a 6-7 forward who can stretch the floor with the jumper. Yet he has added confidence with his ball skill to be a play finisher in the half court. In a match-up with AE5 on Friday morning, he took the ball right at 2025 elite prospect Caleb Wilson and finished over his outstretched arms. We predict a big senior year from him at McCracken County High School. 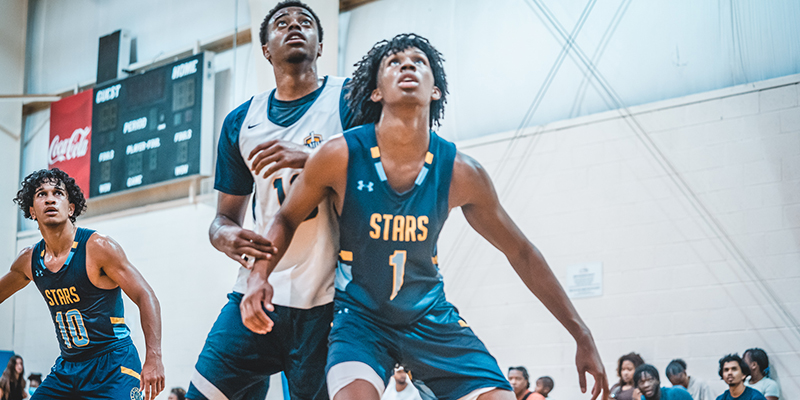 Class of 2023 wing Devin Hill stood out with his play with 2023 Stars Basketball. The 6-6 guard brings a scoring mentality along with his length on the perimeter. The Middle Tennessee Christian School product scored 17 points in a win that we watched versus the Charlotte Aces. His shooting range combined with his body control on the drive make the left-handed prospect a top name to follow in the greater Nashville area this winter.

Class of 2024 guard Kent Jackson was one of the top shooters this weekend while playing with Southeast Elite. He brings a quick release along with accuracy from deep. Jackson also showed the ability to create space on the perimeter with his ball handling. He does a good job of using the hesitation and crossover to make room for his shot.

It would be hard to find a prospect with a higher athletic ceiling than Tycen McDaniels with Georgia South. A 6-7 forward in the class of 2023, McDaniels brings the athleticism to control the glass while also capable of defending the wing. He can be a devastating force when finishing on the rim-run in transition. He is a rangy athlete who brings defensive versatility and is merely scratching the surface of what his offensive potential could be. 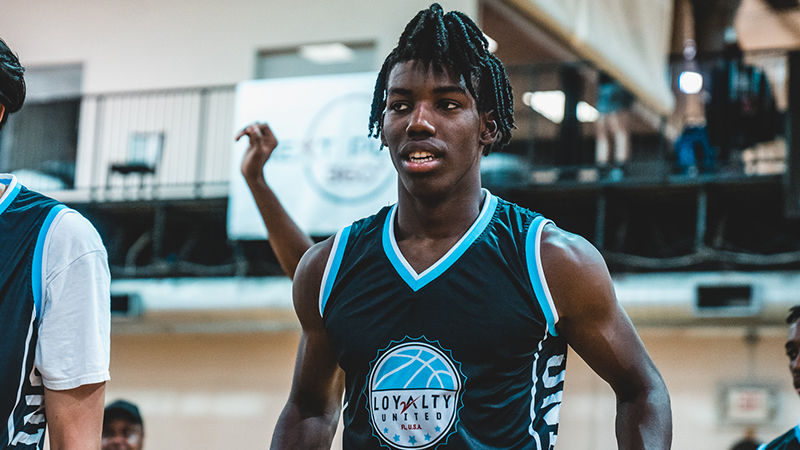 Today it seems every 6-9 prospect wants to be listed as a guard; class of 2023 post Jackson Outlaw embraces the label of ‘big man.’ He plays big. He produces big. He protects the paint with shot blocking and cleans the glass for his team Loyalty United. What should be looked at closely is how Outlaw can defend the pick and roll on the perimeter to compliment his interior defense. In the modern game, big men must show they can do both. Outlaw projects as a plus defender in both instances. On the offensive end, Outlaw shows flashes of putting it together as a go-to scorer. Give him a few years, reps, and earn some confidence and Outlaw is a guy we should see on television producing.

Class of 2025 point guard Sam Shoptaw made an impact and an impression with his team Southeast All Stars last weekend. The Lowndes County (GA) product handles the ball with confidence and delivers to his teammates on time and on target. The most impressive part of his game was his pull-up jumper. On the opening night of the tournament, he scored 15 points in a win. We will keep an eye Shoptaw’s development in future years. 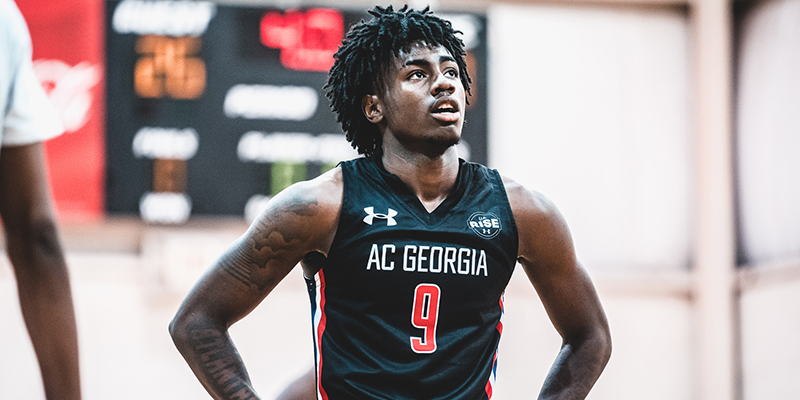 Of all the lead guards that we evaluated last weekend; Caleb Smith with AC Georgia was the most physically dominating. It is rare to see a guard who can lead the break, tip-dunk rebounds in traffic, and swat shots on the defensive end. Smith is a physical specimen. He uses every bit of his athleticism to bully his way to the rim and score points. The 6-4 class of 2023 prospect should be squarely on every coaches’ radar within the Southeast region. 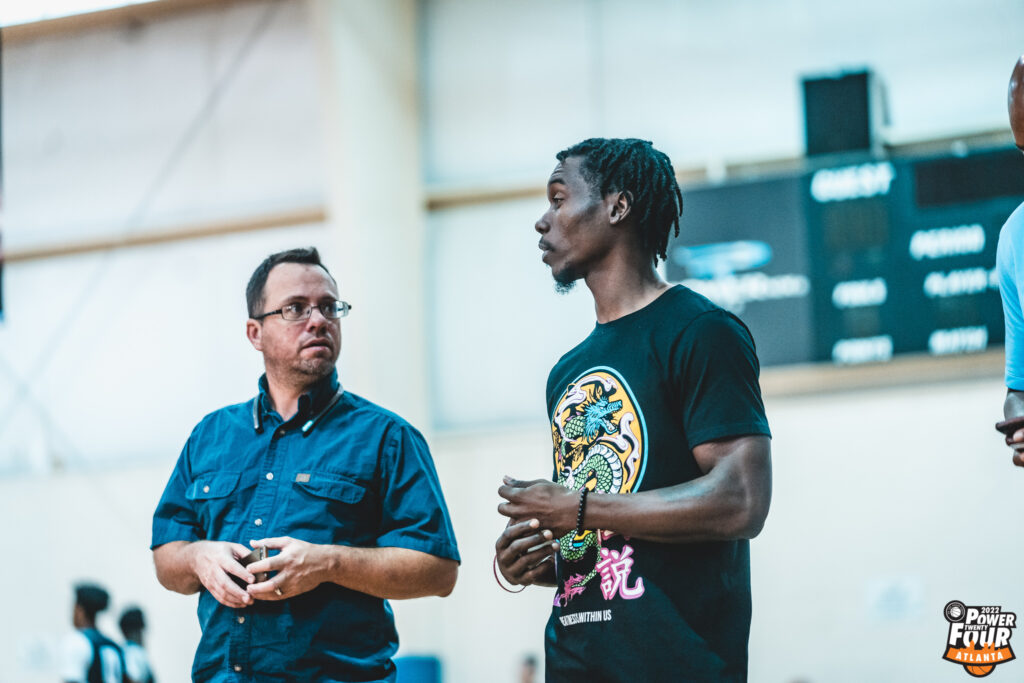