MARIETTA, GA – We finish our coverage of the SEBA All-Star Shootout from last weekend with a look at guys who broke out on the day, other from anonymity or simply put another stamp on their ascending status as players to watch.

One of several Rabun Gap guys in attendance who I was seeing for the first time and who made big impressions on everyone there, good movement at a legit 6-10 both as an interior scorer and defender and as a face-up threat coming downhill ff the wing, physically he could stand to get in the weight room as smaller guys in the 6-7 range too easily got the nudge on him, but with his intriguing inside-out skill package he is absolutely one to watch up there by the GA-NC border. 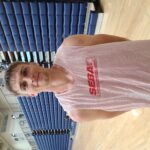 Another rising junior that bears watching, he was deadly as a wing bomber catching either in transition or in the halfcourt, quick, fluid release, excellent frame allowed him to use the bounce to play through contact, made an impression as rebounding guard and was plenty physical enough to match-up defensively with some of the power guards on hand, the lateral movement is good but may need a bump if he’s going to play shooting guard at the next level and have to guard faster athletes. 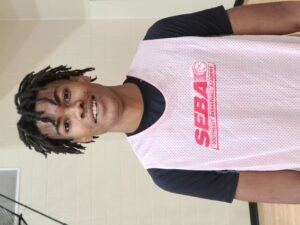 Not so much a breakout to me as I’ve seen him a ton and love the upside but for coaches there this may have been the first extended look, such athleticism and length means he looks more like a 6-10 gazelle out there getting up and back, elite shot-blocker and rebounder right now, the offense is on the come and the shooting range can extend and become a weapon in time, worth a definite look to me on his existing gifts alone.

Got him with Team Impact over the summer and was impressed back then, he continued that last Saturday as he took on all comers and used great lift and timing to be a notable force on D, the offense has shades of an inside-out threat as he can knock down the elbow jumper as well as be a catch and dunk threat right at the rim, much like Woods a long big with fascinating upside and room to mature particularly in his perimeter package. 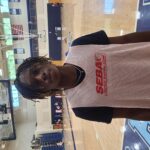 Immediately popped out in drills as an elite athlete, added to that with a soft shooting touch and tremendous speed off the bounce, was one of the day’s top high fliers making him tough to deal with as he can take you in a burst from the wing into the mid-range for a stop and pop or blow-by you for the jam, superb on-ball defender with really sharp instincts, love finding guys like this from outside the ATL-Metro.

Little Wilson Academy out in Conyers has been making waves since June as they came into Atlanta and looked really sharp beating up on or running close with Metro teams, with good-looking 2022 forward Jah’Quez Wright also in attendance there was the polished Cameron, he looked so comfortable and composed out there running the show which isn’t easy in Showcase settings as no one knows where anyone else is going, yet he was one of the day’s top passers with superb vision seeing a rim runner or showing off burst on the pentration followed by a kick to a shooter or finisher, makes the game look easy and one to watch in the small school ranks.