MARIETTA, GA – The Atlanta basketball eyes once again descended on Wheeler HS for another version of the Tournament of Champions, one of the early season’s most acclaimed tournaments.

It was another packed day of marquee and under-the-radar programs, and OTR got there for the final 5 boys games. We take a look at top players from 3 games within the game capsules below: 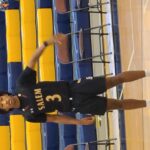 SUMMARY: The inside duo Salem of Kincaid and Fliyurnopy was really impressive, as Kincaid (16pts) was a flat-out grown man going against hat isn’t an overly physical Hooch bunch. He was a major glass-eater and power finisher in close, and together with the sleek and smooth Flournoy (11pts) put a lot of pressure on opposing frontlines. There are athletes galore on this Seminoles roster and the boys from Conyers come at you in waves, posting the look of a team with a chip on its shoulder. 2024 PG Mastin, coming off an impressive summer and fall campaign, has quickly been establishing himself as a must-see lead guard presence for this team and has all the tools to be a D1 point man with his explosive burst off the dribble, clean and quick J from all levels, and lateral speed on defense both on the ball and off. In short, he’s special. For Chattahoochee, they got much better outside shooting at TOC than they did earlier in the week in a tough home loss to a really good South Gwinnett team, and that needs to come consistently from the likes of Haritsa, PG Yuta Yamamoto and 6th-man Aidan Temple if they want to go deep into the 6A playoffs again. Adetosoye (16pts, 10-13 FT) was consistently challenged by the athletic Seminoles, and showed off some of the open court and at the rim abilities that have been a staple of his. 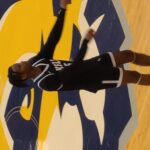 SUMMARY: Kell looked solid and in control for 3+ qtrs, before Cumberland Christian put the clamps on defensively and then outscored the Longhorns 19-6 in the final stanza. A big part of that was CCA’s explosive junior guard Hamilton, who had 7pts in the qtr and 32 on the night, a performance worthy of his growing accolades and indicative of the type of All-American-level talent he’s developing into. There isn’t a whole lot currently void from his arsenal, as he can absolute bomb-it from deep, has put on some weight and now goes to the basket with a lot more authority, and has one of the sweetest 15-footers in the Metro when he drives it hard and then pulls up. Speaking of sweet strokes, Wiseman has long been known for his own pretty jumper, and playing alongside senior Christian Bacon he’s handling a lot more of the PG-duties and looking more and more comfortable each time out in this tough early-season grind the Patriots are undertaking. The hard-working forward combo of Cambridge and Smith did a ton of hard-hat work for the Horns to get them to a lead heading into that final 8 minutes, combining for 32 pts, each has taken on more responsibility for this year’s Horn iteration and has done that by showing off increased offensive variety to go with tier already stellar defense and rebounding. Transfer center Marshall had his best showing yet, as he caught and finished in close with poise and agility, getting all 14 of his points in the middle two qtrs, and giving us a taste of what’s to come as he matures both his body and overall game. 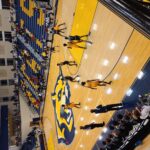 SUMMARY: The defensive excellence requires immediate notice, while Pace possesses another team with multiple intriguing offensive weapons, it’s their lockdown ability and disciplines at that end which stood out in the game and has been an early-season hallmark. East Coweta had come in 6-0 and averaging 68ppg over those first six wins, so holding the likes of Gillespie, Moss and guard Austen Colton down is certainly noteworthy. The Reed train just keeps on rolling through opponents, as the Cincinnati-bound senior dropped 16pts by HT leading to a 14-pt Knights advantage, and finished with 21 on the night. Once again the salad bar was open, as he hit ECHS with a tasty variety of drives, short J’s and 3-balls. Coming into his own after flashing all kinds of tantalizing ability prior to the season is Greene, who just a sophomore still looks the part of a much more seasoned guard, and is an absolute rising star to watch with his combo of scoring acumen and facilitating maturity. Evans came off the bench to knock down six 3’s for all 18 of his points, many of them back-breakers as the Indians sought to make a move, and that kind of deep shooting could be massive for a group looking for another option from range outside of Reed and Greene. For the Indians, the aforementioned Gillespie and Moss are clearly the engines, Gillespie looked great during the most recent live periods, and he was again tough in near the basket and a solid rim protector at the other end, while Moss brings such energy and fire, and while streaky, is still a high volume scorer when the heat is on high. This team will bounce back.