MARIETTA, GA – Top independent travel organization Wood Elite teamed August 28 at Kell HS with Spencer Dixon and FUH3 Athletix to put on the “Sewer” Showcase, Wood’s and Dixon’s catchy name for the type of work they put in and the type of style they play.

Many of the Wood standouts from this past spring and summer were on hand, as were others looking to get noticed. 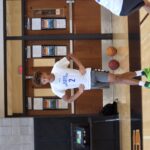 The rise continues for Winters as he begins to stand out more and more each time we run into him as his game matures, has the full package rolling as a young shooting guard right now with multi-level scoring variety and all while the confidence is seriously brewing, as he adds power to the god-given finesse his profile reaches new heights, one of the real rapid risers in the state. 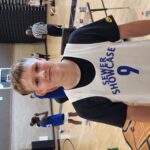 Been a Wood and FUH3 guy now for several years and the work is clearly showing, added size and some strength and that has taken him the next step, absolute deadeye bomber but more impressive is his continued development as a complete floor leader, has inserted himself with yet 2 years to go onto D2 and D3 college radars who can’t help but notice how valuable his classic skillset can be.

On the Saturday before at Super 64 it was Justin McCarter continuing to make a huge impression and then Sunday it’s McPherson showing off the bullish way he can get things done around the basket, the continued development of his shooting from 15+ has been intriguing and caught the eye of some coaches present wondering about his future positional possibilities, supposed size constraints aside he can still be a really good college 4-man. 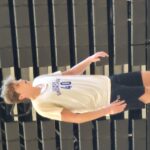 Perhaps the day’s biggest surprise emergence was Williams, an intriguing young post prospect with pretty good feet and hands is just starting to play into his body as an incoming freshman but the possibilities fascinate as he works hard and was not intimidated at all around the cup vs older players, should step right into the Red Devil varsity lineup and is a Walton county must-know name going forward. 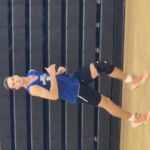 Will run a tad under the radar for a Lassiter program which gets overshadowed some by the marquee Cobb County programs around them, but with Liston gaining a ton of confidence after finding a cozy home with Wood halfway through the spring he can harness the fire and intensity he always plays with and unleash some good face-up shooting and tough interior play, next spring sets up massive for him as he has room to grow his game still.

Spring and Fall Showcases are prime spots to get your names on the radar of people like me whose sole job is to help kids reach their next-level goals, Taylor may have evaded my Twitter string but made a big impression nonetheless as he combined a little flair to go with some sound play with the ball in his hands carving up the defense and showing a real knack for finding space and putting it in the hole, looking forward to seeing more but something interesting is cooking at Excel with him and some other names there. 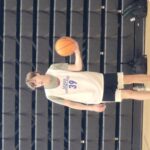 Like Winters another 2025 who used some strong travel season play to announce himself on the scene and will see a lot of the ball as 2023 riser and Chiefs teammate Preston Parker assumes much of the PG duties and will be looking for other options as he’s marked closely, plays smartly off the wing and is developing into a solid finisher around the basket to go with deep 3-pt range, trending upwards for sure.