ATL METRO – My “Deft Handle” column makes a summer return, taking the opportunity of an open Friday to drop in on two locations for play dates, first to East Forsyth in the morning and then off to Dacula in the afternoon.

Some observations from the day:

THE NOW: The Broncos return all of their production from last year’s first iteration in GHSA play that was far better than the record indicated. The 3-headed backcourt of 2023’s Matthew Rouse, Bryce Bracco and Ryan Sander is back to do their thing, a lot of it occurring from the 3-point line as the Broncos as a whole connected on 17 treys in their first game Friday vs Forsyth Central. All 3 can handle the point if needed and have the veteran savvy to see the right times to push pace or get things set up. 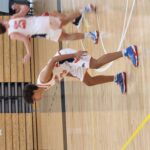 THE FUTURE: After getting a taste of some of the East’s young up-and-comers at Tier2 Elite and Redline Athletics travel workouts recently, I was excited to see if it was now or later for them to be inserted into coach Scott Bracco’s lineup. The answer appears to be “now”, as they’re frankly filled with too much promise to keep on the pine. Looks like 2025 Louie Koulouvaris will handle PG duties allowing the above three seniors wings to roam and attack like they like to. He’s a good ballhandler and already shows legit signs of a smart floor leader, while adding threes 3s of his own to that large tally. Cannon Brown is currently out injured, but the 2025 2-guard holds a ton of intrigue as well as a slithery wing shooter with good size. More wing help is available with 2026’s Tyler Lesch and Brennan Burns, both of whom showed off some versatility and a good understanding of their own coming off the bench, looking comfortable both on the attack and knocking down the deep ball (five 3s ad 17 points between them). They are both potential stars of the future. 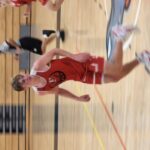 THE NOW: Has three 2023 pieces to build around with spunky and aggressive PG Aidan Nutty stepping to the forefront as more than just a distributor, as the Dunwoody United product has been excellent this spring and looked to have brought that same fire with him to East. He’s joined by Sam Noble of Reach Higher Kings, and the wing showed off a confident stroke and looked ready and willing to pull it from deep. Losing 6-10 Eli Chol would affect any lineup dramatically, but 6-5 Ty Jeter had a few nice moments where he asserted himself in close and looks like that can be a comfortable role for him catching it in tight and cleaning up the glass. 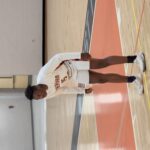 THE NOW: After a season spent sharing the ball first with Malachi Dooley and Mekhi Mawdesley, and later with mid-season arrivals Osmar Garcia and Landon Suarez, it’s clearly 2023 guard Bryce Pittman’s time to shine. All four of those players are gone, and the versatile 6-3 Pittman can handle the point, come off the wing, shoot 3’s, or drop inside and get dirty. He’s had a productive and noticeable spring with Hoop ATL, showing off the kind of full-court offensive possibilities that has drawn interest from D2 Shorter University among others. Back too are 2024 guards Brannon Gaines and Jayden Arria, Gaines most notably a speedy PG who plays with a little chip and has an attack-minded style that suits what the new staff in Mt Airy seems to want to do. 2023 wing Cole Gary was an earlyu-season starter last season and has a good frame, is a good athlete, and who can also stroke it from deep, giving Pittman and Gaines someone to kick out to as they break defenses down.

THE FUTURE: He’s both the FUTURE and a large part of the NOW, as 2025 forward JoJo McCurry looks to have made some quantum leaps from where I saw him a year ago working out with BCB. The footwork, the hands, the general movement around the floor, and most importantly the comfort level finishing strong has the 6-5 post on a clear upward trajectory and is a name to track up near the GA-NC border.

TOP PROSPECT: Blake Wilson, 2024, Dacula (pictured at top) >> Has the body and the playing style to threaten the D1 level, outside shooting is improving and needs to take another step still to be a consistent weapon, but the explosive athletic ability at 6-6 and the gradual improvement of his full skillset makes him very attractive. (NOTES: 3 notable transfers out have changed the face of this Falcons roster but it elevates some of their young size into bigger roles with 6-7 2024’s Elahi Akida and Noah Onyia joining 6-8 2023 Ashton Crawford in an agile and imposing frontline grouping. 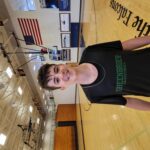 TOP SHOOTER: Cam Parada, 2024, Greenbrier >> Coming over from Aquinas, absolute deadeye bomber from ranges anywhere inside halfcourt, one of the truly underrated gems in the class at 6-4 who has significantly improved his off-the-bounce game upping his profile considerably.

BEST POINT GUARD: David Culbreath-Martin, 2025, Duluth >> Silky smooth with a real nose for scoring it in a lead role, hovering around that 6-0 mark but has breakaway and blow-by quickness reminding a bit of Lanier’s CJ Hyland that can negate height, excellent stroke out past the arc and a stellar and willing passer, has all the IQ and tools to be a next-level PG.

MOST OVERLOOKED GUY: Jackson Sousa, 2023, Dacula >> Has quietly been a producer for 2 years now playing on teams with ball-dominant guys ahead of him, now it’s his show to run as the floor leader and he’s a good one with natural feel, looks super comfortable as a senior-to-be and makes sound decisions with both efficiency and some flash, critical to the Falcons success with a burgeoning star in Wilson to manage and other capable pieces in supporting roles to be counted on to step up. 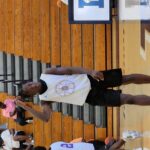 SLEEPER TO WATCH: Takata Murphy, 2024, Duluth >> Joins Culbreath-Martin in a lightning fast and attack-minded backcourt for a vastly-improved Duluth team that cannot be taken lightly, terrific defender with fast feet on the lateral move, gets to the basket in a blur and makes for a superb complement at the 2 in a deep backcourt grouping that also includes tough and equally speedy 2024 under 6-footers Brandon Batts and Tyler Jackson.