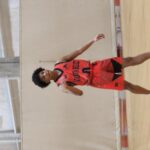 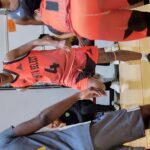 SUMMARY: The Lithonia HS trio of Taylor, Lawrence and Daniels is back at again for Atlanta Select, and they looked sharp and in form in a tight one vs Atlanta Nets at The Opening. Love Taylor’s ability to get at the basket and be physical, but he’s got deceptive quickness and has gotten bigger and stronger for sure since last summer. Lawrence is your floor general, and you can see how mature he is running a team, while locking folks up at the other end as a defensive stopper. Daniels is your slasher extraordinaire, he’s always fun to watch as he slithers and wiggles his way past people, and showed off great athleticism on defense and as a rebounding wing. 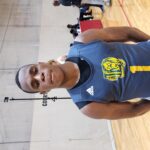 SUMMARY: The Nets say goodbye to some of their pillar guys over the last 2 years, and in step Hickman and Walker from Pebblebrook and sharp-shooter Hart from feeder school Lithia Springs. All have come up from the younger age groups and now have the 17U spotlight. Hickman is looking like a linebacker out there with a frame built for contact, he has a chance to make his mark on the Falcons varsity after a productive summer. Hart has always caught my eye as shooter, he can really light it up, but there’s more to his game as he’s smart and decisive as a wing guard. Walker was the game’s surprise, my first extended look, and the Falcon guard is a speedy penetrator with a nose for the goal and was a real pest on defense. 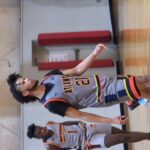 SUMMARY: The Astros are usually taken lightly and always put a competitive product on the floor. Habersham Central’s Pittman is the main draw, and I’m a fan of his versatility, playing position-less basketball he can affect the game from all levels and has shown me better 3-pt range than I expected to go with his drive game. Rockdale County products have really been emerging in the early going of this travel season, and Richards was yet another who plays hard-nosed ball, but was also very sound and showed off one of the prettier strokes of the day. Gudz is fascinating coming from Buford, you can see in his game a place with the Wolves next year alongside or spelling Malachi Brown, as he takes good care of the ball and has a little burst to the basket that can be a weapon.

SUMMARY: The Select team is a mix of 2023’s and unsigned 2022’s, and for the second straight weekend the group made an impression. Montfort has taken all of 2 weeks to show he’s a name to watch all summer long, so athletic and the deep shooting has been growing on me as a serious weapon. Washington had a dramatic game-winner earlier in the weekend, and then came back and played Midtown HS style ball, as all those guys are tough and play with an edge. He’s a solid floor leader and really quick on-ball defender. Singh has had 2 good weekends as well, the Sprayberry product’s activity has been a real eye-opener, and while a little wiry he makes up for that at around 6-5 with a ton of fight. 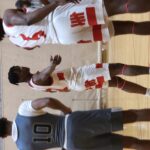 SUMMARY: Hampton and Edwards are back for the Heat to comprise one of my favorite backcourt combos, Hampton the seasoned lead guard and Edwards the uber-athletic slasher with the sweet touch in the mid-range. Hampton just goes out and produces, makes few mistakes, and takes on all comers and sizes in the competitive PG-battles on the ATL circuits. Edwards is smooth and polished, and at 6-4 has the size, speed and lift off the deck to become a definite contributor at the next level. Simmons comes aboard this year from Cherokee Bluff, and the deadeye shooter gives them extra shooting to help Hampton and also additional solid ballhandling to handle pressure. He was superb all weekend long at The Opening. 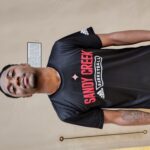 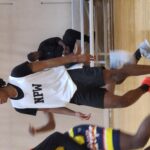 SUMMARY: On Sunday they added electric Drew Charter 2022 guard Ja’Quez Thornton, and he was excellent using his high energy play and lightning-fast pace to get to the basket, he’s sure to be on the lips more of scouts as we move along as he’s a known quantity. But here was Favors, off of a good season with local prep entity Carolina Basketball Academy, and at 6-5 with power and finesse at his disposal it’s clearly a new recruiting climate scenario that has a player this gifted still available. He can shoot it from deep, guard 4 spots, and seriously get up above the rim, a fun package to watch. Dorbor continues to be a name hard to ignore, as the big 6-6 Loganville forward can play the bully game or as he did at The Opening show off some face-up variety and deep shooting. It’s a package that bears watching as he and this new Orange team play around town. Rowe is yet another guard out of Sandy Creek who can score from all levels and uses speed, creativity and in-your-face defense to affect the game. Liked him with the ball in his hands controlling the action at The Opening.