MARIETTA, GA – One of the most anticipated stops on the GA basketball calendar yearly is Wheeler HS and the Tournament of Champions Holiday Classic.

The slate included 16 games between 2 gyms, and always sports some of the best teams in the ATL-Metro.

Jumping between both gyms, Let’s look at some combined units from the early portion of the day’s action, starting with backcourts I got eyes on (in no particular order). 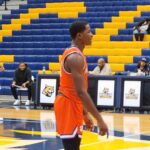 Analysis: 2025 Wilkins and his immense talents is the newest piece to a junior class plus Shuler that was on the way up after graduation losses from last year. But it takes a village with this team, and football star Matthews in particular is a game-changing talent as well.

Analysis: If you don’t know the name Skidmore yet, shame on you, as the 2024 was terrific last year as a sophomore with alpha-type seniors around him and now is looking bigger and stronger and even more potent as a multi-level scorer. Gets able support from the others listed, Bolinger notably being a feisty and energetic wing sparkplug. 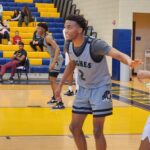 Analysis: A little thinner with options than in past years considering the kind of defensive pressure Hughes ratchets up nearly all game long. But Latham’s consistent offensive play and Roberts defensive prowess have been stellar and represent the kind of tough night you’ll get every time you see the green and gold opposite you.

Analysis: The two 2025’s Dixon and White have the ball to themselves with Eagle iteration as creators and key scoring threats, with Dixon well-known already as one of the top sophomore lead guards in the state. Rush adds perimeter shooting on the kick-outs and plenty of fight and feist.

Analysis: The dynamic scoring ability of Lawson, such a tough matchup for opposing 2’s, has a strong augment with the arrival of Dunn, who is physical and quick and can break down defenses. This Tucker team will get better and better as the season goes on.

Analysis: The senior combo of Doucet and Towns are skilled and dtermined, with Doucet a downhill force and Towns a composed floor leader and high % 3-point bomber. The diminutive but conscience-free White has emerged off the bench as a lights-out shooting option from deep. 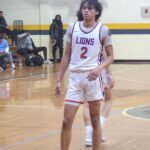 Analysis: With all deference to the consistently great D we see from the likes of ATL-Metro defensive standard-bearers like Archer, Langston Hughes and Pace, no one has impressed more at that end of the floor this season than the Lions. It’s just suffocating stuff supported by deep options who are so well-schooled it’s a joy to watch. Offensively, pick your poison nightly from the group above, making them so hard to game plan against.

Analysis: The mix of seniors Headges and Craft with rising juniors Baugh and Callaway has proven to be yet another devastating combo of backcourt mates for the always tough 2A Eagles to deploy. They’re 7-0 as of publication for a reason and an obvious contender to win it all.