Robbie Armbrester impressed at the On the Radar Hoops Academy over the weekend.

Atlanta, Georgia – In the new world we live in everybody has been chomping at the bit to get inside the gym and hear sneakers squeak. This weekend the inaugural On The Radar Hoops Academy played host to 48 players from the 2021-2024 classes. Saturday was for the upperclassmen while Sunday followed with the young guns. Here a list of notable players from Day 1: 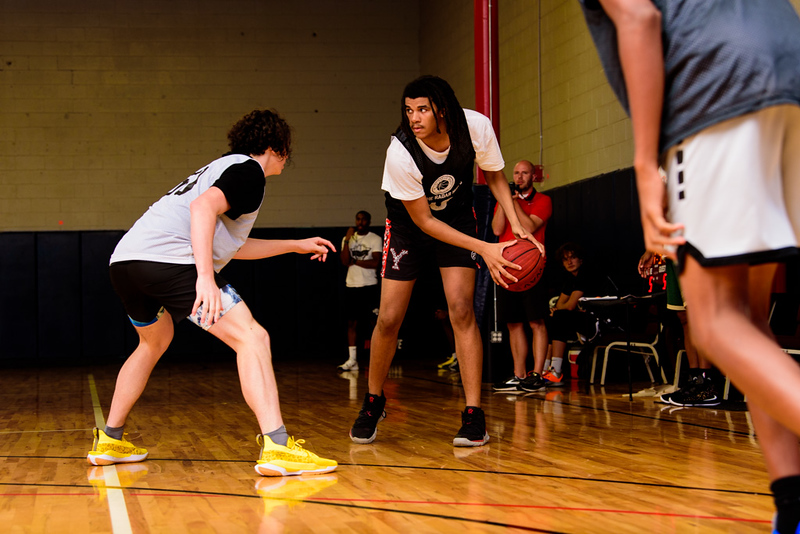 Pound for pound maybe the most skilled player in attendance, Ewin finds himself a hot name and prospect for the upcoming season. At 6’9, he has the skillset of a guard with ability to create off the bounce for himself. During the games, he shot the ball from the NBA line with ease off the bounce. Ewin is easily a HM prospect ranked among the best in the country, but his motor and intensity on both ends of the floor is the difference between him being top 25 and top 5 in his 2022 class.

Following up a good junior season and a state title, McConnell didn’t look to have lost a step post basketball season. His handle was still as crafty as ever with hesitations and crossovers to get into contested threes. During games, he and South Cobb G Zocko Littleton had a few possessions of exchanges guarding each other, which was fun to see. Even though his jumper is smooth as money, he can get to the paint and finish or find easy layups for teammates backside. His senior year he should have the ball in his hands a majority of the time, and I’m confident he will answer the bell leading his team to another deep playoff run.

The Academy was my first time seeing the Tri-cities rising Senior. Rudolph has good size at 6’7 with long arms & above average athleticism. He runs the floor well from end to end and has good hands for plays in transition or off the screen & roll. He is still raw offensively, but he does have a solid group of moves he can get to in the lane over his left shoulder. With added time and weight Rudolph has the ability to work himself into a quality LM big who can bring size, length, rebounding, and energy to both sides of the floor.

As soon as Burke checked into Game 1, it was evident that he was a man on a mission there. He was efficient off the dribble and showed good pace in the screen & roll game. He got hot in the first half and hit a few threes from behind the screen when defenders went under. The lead guard has ability and his handle looked fluid as he blew past defenders to get into the lane. No doubt he could be a good scoring option with the ball in his hands when composed & could serve as a facilitator with sound decision-making.

Keith Robbins is a perfect example of being ready for the moment to come. Coming into camp unknown for the most part, Robbins left his impressions on our OTRH staff and camp coaches. I have to see more of Robbins in a controlled setting to figure out his specific skillset, but he showed Saturday he was capable of doing multiple things on the floor with and without the ball in his hands. Robbins makes winnings plays and showed a surprising ability to navigate the screen & roll with his eyes and deliver on target passes to teammates.

I’ve been high on the Robbie Armbrester stock since I first saw him two summers ago. Most look at him and ask what position does he play or how tall he is but those concerns are never long lasting. Armbrester, despite his size, has the ability to control a game in every facet. He’s improved his handle to become a good downhill slasher with his dominant hand and finishes at the rim or above it with the best of them through or over defenders. His motor on both ends of the floor is a coach’s dream at any level. For a player of his caliber, his ability to be dominant without on the floor without a set play being called for him is why HM schools are buzzing the rising Senior’s phone almost daily. He will have to clean up the handle as he moves up to the next level but I have no concern on what he’ll bring to the court every day from day 1 as a freshman. 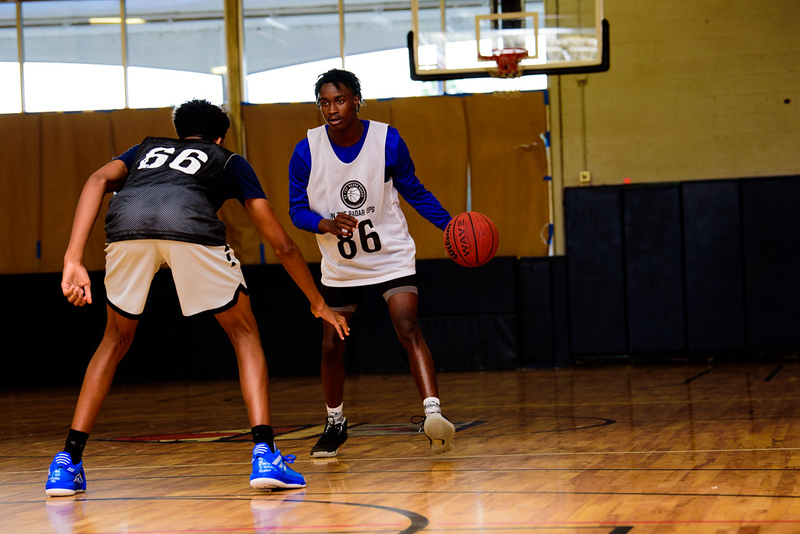 By far out of any other prospect, the Mitchell County product had the best outing for improving his stock. He averaged 27 points per game as a junior and you can see the translation. “Manny” really gets buckets. It started in drill station with glide crossovers and deep threes and finished in game sessions the same way. He scored on all three levels with ease and no one seemed to make it difficult for him not to score. He’s lanky at 6’2 maybe 6’3 with nice elevation on his jumper to shoot over defenders. He’s skilled enough and versatile enough to play either guard position effectively. Harris used this weekend to jumpstart his recruitment before school begins in the Fall.

After camp had ended this weekend; Lockhart had earned the respect of every trainer and coach in attendance. He’s an undersized power forward with wide shoulders and a chip on his shoulder. He’s strong with good hands around the rim for dump off and lobs. He battles on the defensive end and moves his feet well enough to give subtle help off the bounce. If he could add a consistent 15-17 feet jumper he could see a swift uptick in his recruitment. A prototypical old school big man, Lockhart drives his shoulders through defenders and gets to his spot bully ball style for finishes over the left shoulder.

From the time, the first drills of the day started, Rueckert showed he had been in the lab somewhere with someone. Rueckert’s handle looked a lot more confident in the open floor & seemed comfortable in the half court attacking the basket getting to his spots. The only glaring hole in the athletic wing’s game is consistency in his jumper. He has added pieces to his game that allow him to let his athleticism flourish in the open floor & be a problem on the offensive glass flying in for put-back dunks. If this upward trend continues, the rising senior will see his recruitment from all levels take off.