Stone Mountain, Georgia– Over 80 basketball prospects from the classes of 2023 and 2024 showed up to the On the Radar Hoops Breakout Camp at ISA Hoops last weekend. Media members from across the nation were in attendance for the camp. Here are some of the players that stood above the rest.

McCullough passed the eye test as soon as he stepped foot on the camp floor. A big body guard that has success equally bullying his way through defenders to get to the rim as well as teeing off jumpers from the outside.  If the camp was an official game situation he would have found his way to the free throw line on numerous occasions.

This wings high energy is infectious and it defines his game right now. He possesses the ability to make plays at both ends of the floor including being an good shot blocker for a 6’4 guard. Nichols’ skill set will catch up to his athleticism, but isn’t bad at all as he showed that he could make the correct reads in pick and roll situations while also making defenses pay with quick pull up jumpers.

The most explosive player in the camp, Sanford won the days dunk contest with ease. As for his game, he’s at his best when he has a head full of steam heading down hill. He was able to convert some acrobatic finishes at the rim after being on the receiving end of a pass. When he did lead the break Sanford made the simple decisions, made the easy passes resulting in easy buckets.

Wendrow made sure he put everyone on notice after he made the trip from Miami. He was a joy to watch, playing with such enthusiasm and flare. The Florida native has a good basketball IQ and plenty of savvy. He kept his teammates fed as long as they ran the lanes and that they did and Wendrow dropped dime after dime. 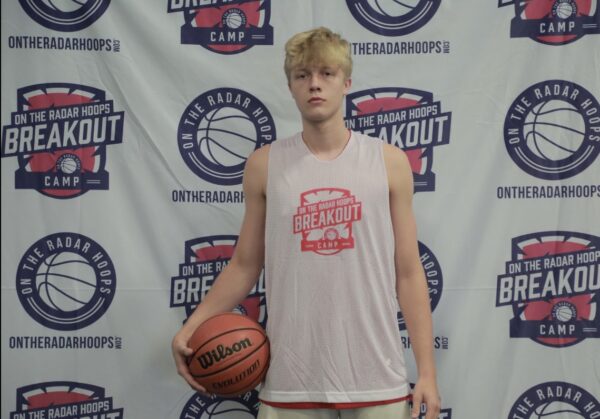 The 6’5 forward out of Kentucky was easy to spot as he played with such fundamentals and a certain ease to his game. It’s evident that the sophomore has come from a very solid program. The majority of his buckets came when he was wide open due to the fact that he never stopped moving without the ball in hand.  Along with being a smooth jump shooter, Skaggs was successful in utilizing ball fakes and rip through a that got him in point blank. 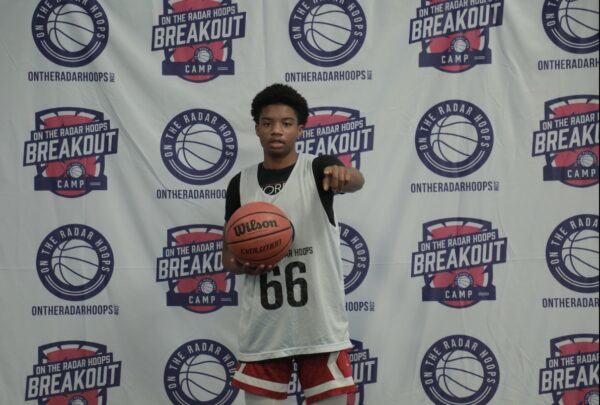 Burnett was on a mission at the Breakout Camp and he definitely made a statement. This sophomore guard is skilled with range on his jumper out to about 22 feet mostly off the catch. He can score off the dribble good enough to keep the defense honest as well.He has all the tools to be a player that is worthy for college coaches to keep an eye on in Georgia’s 2023 class.

This sophomore wing continues to get better every time we see him. Melson is a knock down shooter who can make shots from multiple levels. His range is well beyond the arc and he understands the gaps to spot up into from penetration or to find the open slots against a zone. Defensively he does a good job of rebounding down and getting into the mix for the possession.

There are some guys who have the knack for getting to the rim. Thomas is certainly one of those players, give him a crack and he’s apt to split the seam and get all the way to the rim. He’s an above average finisher but exceptional get-by guard. He can hit the open three when his feet are set and when he holds his follow through.

Johnson is a long athletic forward. He is very aggressive and excels in transition by running the floor for easy buckets. Black is a consistent finisher above the rim on the break, with clears paths and from drop off passes.