Kowacie Reeves Jr. was on a mission Saturday at the OTR Tip-Off Classic. Photo – Stanley Johnson

Norcross, Ga,– The high school season is a time where the nation’s best players can shine brightly on the biggest stages. The On the Radar Hoops Tip-Off Classic is traditionally a place where you can find many of those performances. This 2019 version was no different. Here is a recap of the weekend’s biggest story lines.

Auburn bound guard Sharife Cooper took the court by storm on Saturday night putting up 30 points in a win. Cooper is an excellent floor general that does a good job of running the team and being productive on a consistent basis. He has excellent point guard instincts and is a good decision maker. He is an a good penetrator and can drive, draw and kick to the open defender

JT Thor looks like a man among boys and showed why he is one of the nations best Saturday night. As a 6-foot-9 forward, Thor’s potential and upside are phenomenal as he combines size, athleticism, and skill into a difficult match-up at any level. He has the ability to score inside-out showing that he is adept at playing with his back to the basket or facing up. Thor dominated in a match up against Top 10 prospect Jabari Smith as Norcross (GA) pulled away with a big win.

There were a number of players who showed up in big ways this weekend. They proved why their future college coaches have so much faith in them. Georgia signee Josh Taylor showed why he will be an immediate help for the Bulldogs next season. Taylor is a physical specimen with a long and athletic build and plenty of room left on his fame to add muscle. Taylor is a warrior around the basket who own the paint in a match-up against Sandy Creek (GA).

An elite stage like the Tip-Off Classic affords the nation’s best players the ability to showcase their skill.The Grayson High School duo of Deivon Smith and Caleb Murphy did not disappoint against local opponent Berkmar (GA). Smith is an elite level guard that showed he could get into the paint whenever he wanted. He has the athleticism and IQ to be a special player at the next level. South Florida signee, Caleb Murphy, constantly plays in attack mode and puts pressure on the defense with his attacking style of play. Smith and Murphy combined for thirty-six points in a win. 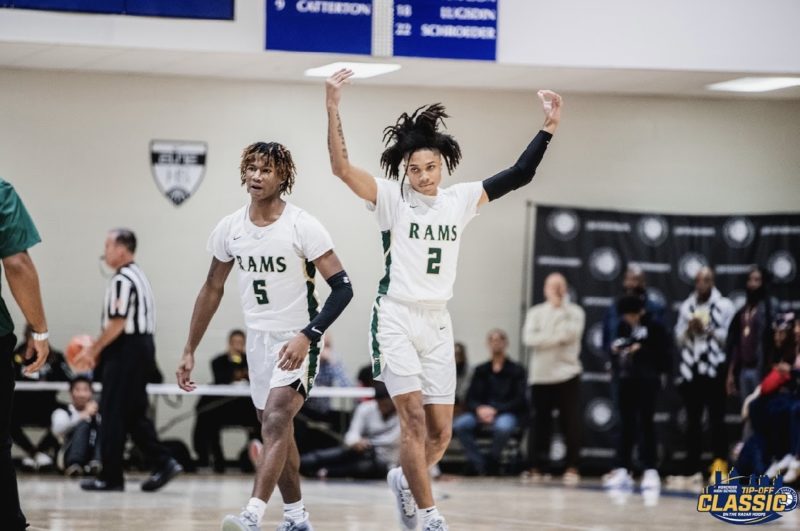 Middle Georgia product Kowacie Reeves Jr. has a long list of offers that include Auburn, Alabama, Clemson, Florida, Georgia, Georgia Tech, Stanford and many more. The top-50 prospect was on a mission Saturday to show that he belonged in the conversation with the nation’s best. Reeves knocked down multiple shots from way behind the three-point stripe and he showed that he was equally effective going to the rim. Reeves is a big-time threat on the offensive end of the floor and has the size and athletic ability to score at a high level.

Although 5-star and 4-Star players get the bulk of attention, college basketball fans should pay attention to the players who will be attending non-Power 5 Conferences. 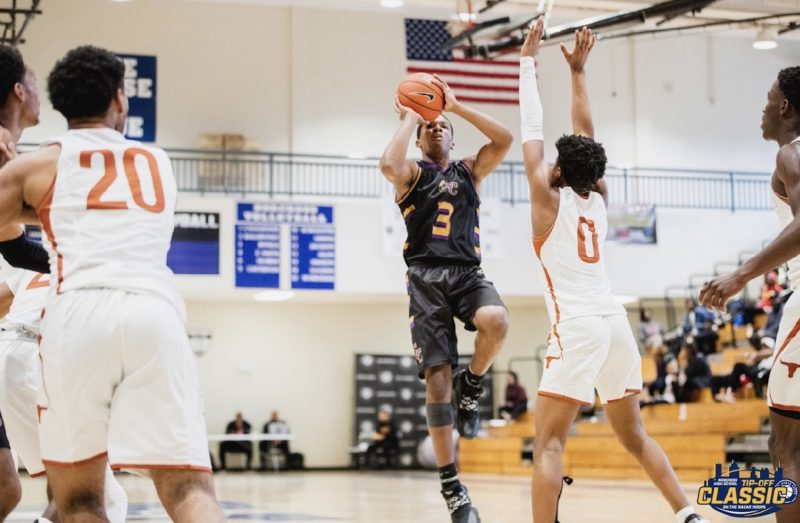 A consensus top 150 player nationally, Chris Youngblood chose Kennesaw State over a host of mid major offers. Youngblood emerged this summer as one of the better players in the state of Georgia. He has the ability to heat up and go on some unreal scoring runs. He did not disappoint with his showing on Saturday as he put up 27 points in a loss. However, his power, strength and skill will be fun to watch in the A-Sun Conference.

Another point guard that left his mark was Andrew McConnell of Lainer (GA). Thepint-sized lead guard scored 19 points versus East Coweta (GA). McConnell has the ability play multiple positons on the perimeter due to the fact that he can shoot the ball so well. Yet the player who saw his stock rise the highest was McEachern (GA)’s Cam McDowell. The 6-4 wing scored 32 points Saturday night. He is a very talented player that can play either small forward or shooting guard. He has range out to the three-point stripe as he showcased the ability to shoot off the catch or dribble.