Atlanta, Ga– The 2018-2019 Dallas, Texas National Hoopfest presented by ARS/Rescue Rooter is set to tip off this weekend December 14thand 15that Waxahachie High School. The National Hoopfest event every year makes their way through Dallas, Memphis, Washington D.C, and Tampa Bay. With the Washington D.C event passing, the next stop for this season’s tour will be in the lone star state in Dallas and this field is once again loaded from top to bottom.

The Dallas Hoopfest field includes top programs from around the country in IMG Academy (FL), Sunrise Christian (KS), Simeon (IL), Huntington Prep (WV), and DeMatha (MD). Texas will also be represented well with a few top programs of their own including South Garland, Denton-Guyer, Desoto, JJ Pearce, Lancaster, and the host school Waxahachie. There will be plenty of next level talent on hand this weekend and we as spectators should expect a high paced and exciting showcase. 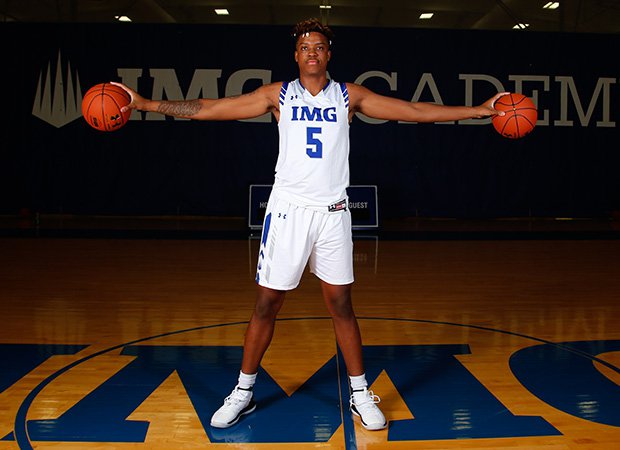 On Friday, Desoto and IMG Academy (FL) will begin things off. Desoto has always been one of Texas best programs state wide over the last decade or so and is the same program that produced five star center Marques Bolden, who is now the starting big man for Duke University. The Eagles will be facing one of the best teams nationally in IMG and who might have the best starting five in high school basketball this year. Noah Farrakhan, Jaden Springer, Josh Green (Arizona commit), Jeremiah Robinson-Earl (Villanova commit), and Armando Bacot (UNC commit)are expected to start for IMG. Dariq Johnsonand Jarace Walker are one of the top freshmen in the country and will also be a couple prospects to look out for on this IMG Academy squad.

Following their contest, the host school Waxahachie and Huntington Prep (WV) will end the first day of the Dallas Hoopfest. Huntington Prep holds a valuable roster this season that features top prospects in Jaemyn Brakefield, AJ Hoggard, Quinn Slazinski (Louisville commit), Andre Gordon (Virginia Tech commit), and JT Thor. JT is special and one of the most intriguing young prospects in that 2021 class. The Irish of Huntington Prep will be facing a Waxahachie program that finished last season at an overall 33-5 record.

At 6-foot-8, he handles well, scores around the basket & sinked jumpers from multiple levels

Saturday’s matchups will be the most fun. Simeon (IL) out of Chicago will be taking on Texas’s own JJ Pearce to begin things off at 2pm local time. Simeon (IL) has been one of the top programs nationwide for years now and has produced plenty of next level talent over years including famous alumni in Derrick Rose and Jabari Parker. Every player on this Simeon roster is 6-foot-0 and up, so this is a very tall and big squad. The Wolverines of Simeon will have to deal with JJ Pearce star forward Drew Timme (Gonzaga commit). Timme is one of the best and skilled bigs in the class of 2019. He is coming off a stock rising summer after running with Drive Nation (TX) in the Nike EYBL.

The 5pm matchup between South Garland and Sunrise Christian (KS) will be the most interesting. South Garland out of the Dallas-Forth Worth area finished last season with a 36-4 overall record and will be bringing back almost all of their roster from last season including their two key pieces in 2019 SG Tyrese Maxey (Kentucky commit)and 2019 G Chris Harris Jr. (Texas A&M commit). They will be up against the Sunrise Christian (KS) elite guards in 2019 PG Grant Sherfield (UCLA commit), 2019 G Austin Crowley (Vanderbilt commit), and 2019 PG Bryce Cook (SMU commit). Oh yeah, and let us not forget one of the top bigs in the country in 7-foot-0 junior N’Faly Danteof Sunrise Christian (KS).

DeMatha (MD) will be coming into Dallas facing Denton-Guyer, a program that features top prospects in 2019 PG De’Vion Harmon (Oklahoma commit)and 2019 F Jalen Wilson (Michigan commit). Denton-Guyer finished last season with a 38-2 overall record and was just one game short of reaching the state title game. The Stags of DeMatha (MD) are very well known around the country for their basketball program. Key alumni include Victor Oladipo, the Grant brothers, and Markelle Fultz. This season they are loaded once again with 2019 SG Justin Moore (Villanova commit), 2019 G Earl Timberlakeand 2020 C Hunter Dickinson headlining this year’s squad.