POWDER SPRINGS, Georgia – Just two weeks after a successful “Breakout” Camp which included freshmen and sophomores from around the southeast region of the country, it was upperclassmen’s turn to showcase their skills at “Super 64” Camp. Roughly 160 juniors and seniors from around the state, and one from Florida, made their way to McEachern high school for a day filled with different types of competition early and scrimmage play to end the afternoon. There were many familiar names that looked to have taken their respective games to another level and kids that some aren’t familiar with who will look to come onto the scene in their junior and senior seasons this winter. These are the some of those standouts that caught my eye throughout the day: 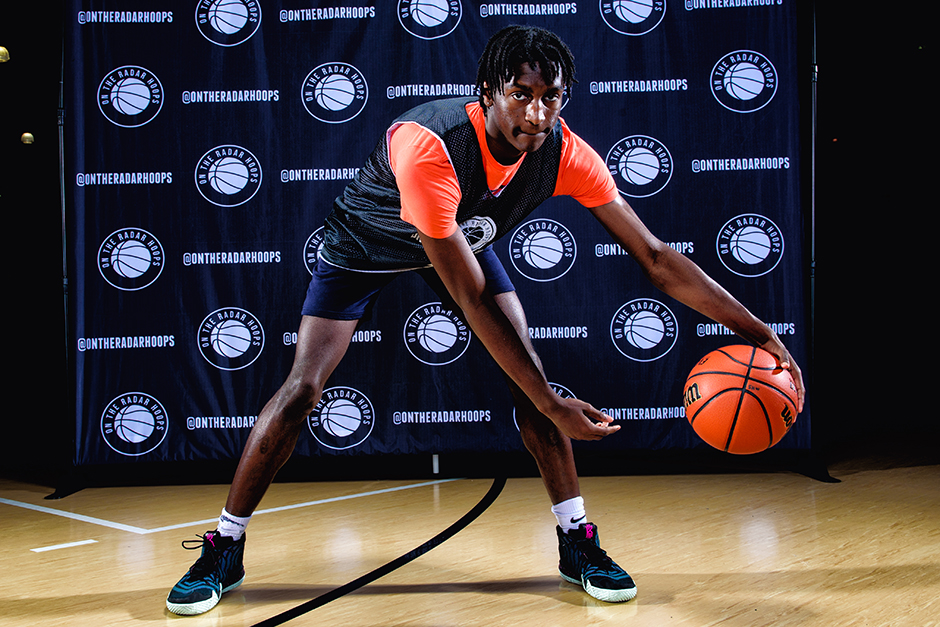 A familiar name to a lot of high school coaches around the Peach State, Noord was one player who looked to have taken his game to another level at since his last public appearance. The 6-foot-4 guard was very efficient from three-point range. He used a deadly side step jumper to create space on the perimeter. That streaky shooting ability on Saturday combined with his natural explosiveness allowed him to drive the basketball that much easier later in games. Noord had tough finishes against legitimate shot blockers once he got to the rim. All of that allowed him to be a consistent scorer in both games played. When under control, Noord can put up points in bunches which is a good sign for Heritage-Conyers as we inch closer to the season. 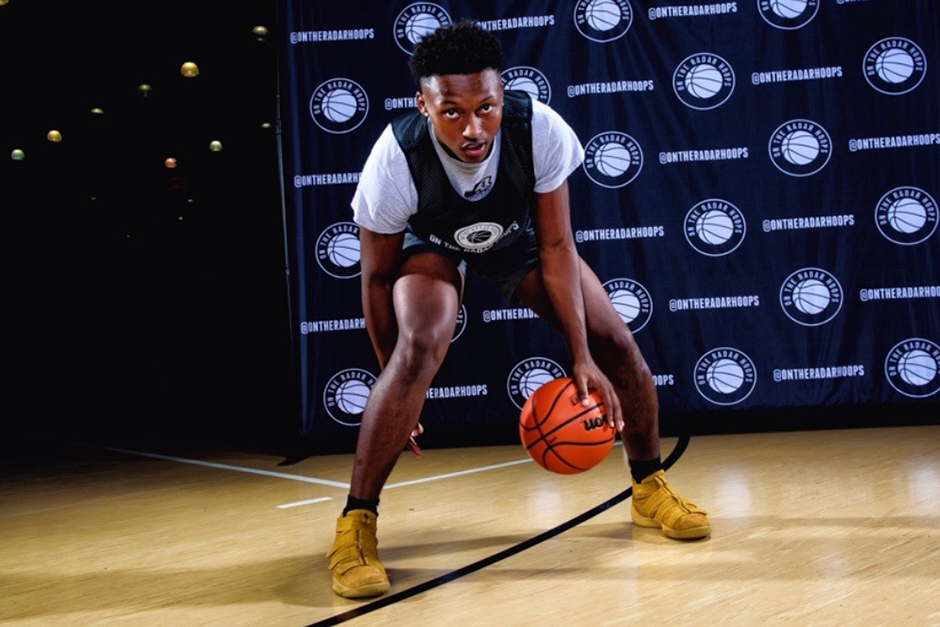 If you are a defensive minded coach or a fan that appreciates that end of the floor, you will love the way Moore plays the game. We were impressed early during 1v1 competition with his ability to guard quicker ball handlers on the perimeter and stifle bigger wings in the paint. At 6’5” and someone who isn’t a stranger to the weight room, he brings great size and strength to floor with the ability to move and finish on drives to the basket. He looked good slashing to the rim in those same drills and games when smaller defenders were on him. Moore is a glue guy that every team needs on their squad and from a defensive standpoint could be the perimeter defender McEachern is looking for now that Auburn freshman Isaac Okoro has left the program.

James made an argument for himself to have had the best perimeter shooting performance at Super 64. The 6-4 off guard used a quick release and lift to shoot the ball with confidence over lanky defenders. The senior went on an impressive streak in 1v1, 3v3, and 4v4 competition and continued that play later on in games. Range is another factor in his three-point shooting ability. He was not afraid to take attempting and connecting on shots from the collegiate three-point area. His consistency allowed him to reach double figures in both games his team competed in. James will be one to watch out for going into his final high school campaign. We will be anxious to see if he can establish himself as one of the better shooters the state has to offer by year’s end.

Proctor did a little bit of everything for his team at Super 64 Camp. He is an athletic 6-5 wing that can finish consistently above the rim in transition. In the half-court he did a good job of operating on the baseline and with his back to the basket for tough scores. We loved Proctor’s stat stuffing ability as he rebounded the basketball on both ends. He used this skill to score offensively and start transition breaks after a defensive board. The junior takes pride in his defense and is another gritty player that will find a way to affect games whenever he steps on the floor.

Colon made a play either scoring or assisting whenever his team needed a bucket. He is a poised floor general against pressure and a reliable shot maker from three-point range. He is especially consistent from the corner. The junior  makes life difficult on opposing ball handlers as a lock down defender. He enjoys flying around for back tap steals in transition and shooting gaps in a trapping style defense. He thrives in an up and down game, but is as effective when the game slows down. Colon will draw appreciation from his coaches and fans as a trusted ball handler.

White has another level of game offensively that many other prospects don’t have. Although only 5-9, his first step is Division I quick. His ability to finish as a smaller guard is at that level as well. He is so tough to guard one on one because of his mid-range and three-point shooting. He is another guard that thrives in transition. He is also knows how to work the pick and roll. He makes good passes to rolling big men in game play. If his play this past weekend is any indication of what we will see at Chattahoochee this season expect programs at the mid to high major level to make this lead guard a priority. 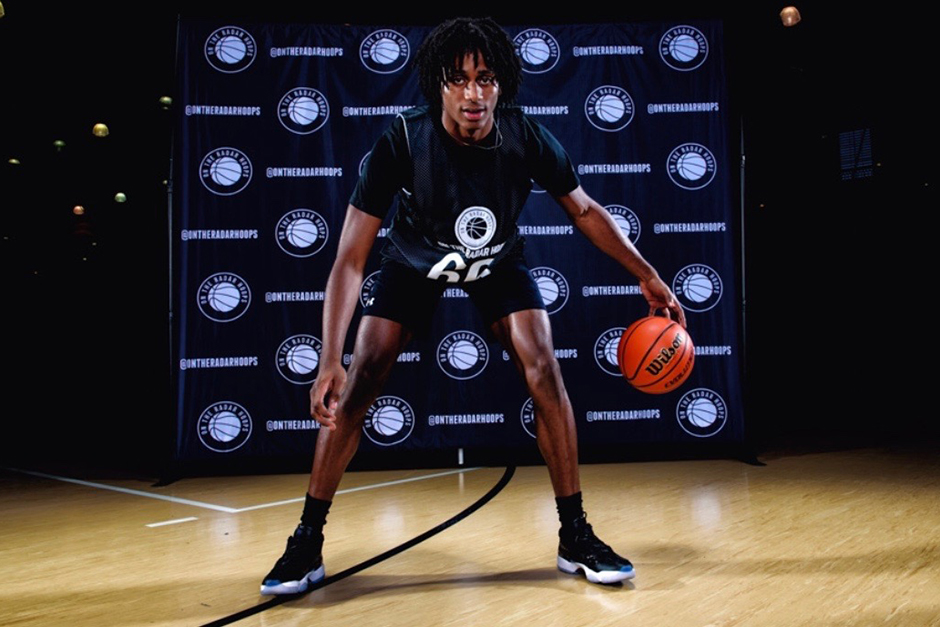 There’s something to be said for players that have achieved that illustrious state championship trophy in Georgia. It takes a different kind of determination and grit to be called a champion. Frederick brings that level of toughness while on the floor. The rising senior played like a man possessed on the boards. His long arms allow him to haul in rebounds that a lot of other wings his size can’t get. He runs the floor well and is another one of those 6-4 athletes that can finish above the rim consistently. Frederick has good instincts in the passing lanes on defense and cutting to the basket offensively while bringing a different dimension to the floor as a lefty. We loved his effort all afternoon and his motor. He and his teammate Robbie Armbrester should make Therrell the favorites in class 2A once again this season

Basketball IQ, either present or lacking, was evident when players started competition at Super 64 Camp. Count McGhee in as one of those players who has that carries a big on-court IQ. It was a sequence of plays in the 3v3 portion of camp that caught our attention with the senior guard. His ability to drive and kick to the open man, relocate after his pass, and knock down an open three pointer shows his diverse group of skills. He continued that high level of mental play on the afternoon in games. He’s a player capable of putting up 20-point performances, but possesses the nose for rebounding the basketball. McGhee is coming off a solid summer with Game Elite Blue Hubbard and will look to have a successful season at Alexander high school.

Donta Eberhardt is a contributor to On the Radar Hoops.